How One Small Biotech Is Changing The Fight Against Cancer 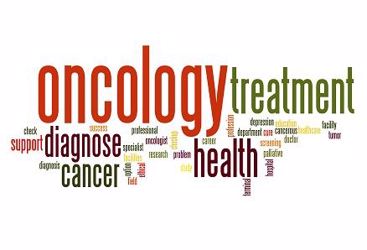 Intensity Therapeutics would like to change the way cancer patients are treated. Treatments such as chemotherapy and radiation impact a patient’s entire body, administering toxic side-effects throughout their system. Intensity’s technology is different in that it converts a person's tumor into their own personal anticancer vaccine. This is done by injecting a very potent drug directly into the tumor.

Intensity’s formulation consists of a unique molecule that makes two potent cytotoxic drugs soluble in fat and water. Tumors absorb the potent cytotoxic killing agents and die. The dead tumor then allows the patient’s immune system to recognize the cancer throughout the body.

“We inject our treatment directly into the tumor,” says Lewis Bender, founder and CEO of Intensity. “The beauty of this treatment is that we do not have to inject it into every tumor. When the tumor we inject dies, it stimulates an immune response that results in other cancer cells being attacked and diminished. Our treatment is now in patients and we are seeing promising results.”

An Immune Response Without An Immunotherapy

When Bender first came up with the idea of trying to attenuate tumors in the body without harming healthy tissue, he thought an immune therapy would also be needed. However, researchers are seeing an immune activation in patients without the use of an immunotherapy.

“We have a partnership with Merck where we're actually testing our drug in combination with one of their immunotherapies,” states Bender. “That was the original idea. But it turns out we didn’t need the additional therapy to activate the immune response. When we used just our treatment, we were still able to stimulate a very powerful immune response in a number of patients.”

Bender is the inventor of Intensity’s technology and lead drug INT230-6. He is a chemical engineer by training and spent 14 years working in drug development. He served as CEO for two other companies before starting Intensity, and always felt the problem with immunotherapies being more broadly effective was recognition of the cancer.

Bender worked on the chemistry behind INT230-6 from his home. Eventually he received working capital from family and friends. That led to an infusion of capital from venture capital firms which has allowed the company to raise $26 million to date.

The company has also been successful at demonstrating the safety of the product with several patients showing reduced tumors and stabilized disease in an on-going Phase 1/2 trial. The drug is still being tested in combination with Merck's Keytruda. The next step will be to begin Phase 2 studies with the combination.

The company would like to start four Phase 2 combination studies with Merck that would involve Keytruda. Those trials would treat patients with pancreatic, colon, bile duct, and squamous cell cancer and could get underway later this year. Bender is also anxious to start trials in triple negative breast cancer, where the treatment has demonstrated positive results. He notes every breast cancer patient tested thus far has seen improvement, including highly refractory metastatic patients who showed poor results with other treatments. Intensity is also pursuing partnerships with other pharma companies.

Bender had been in contact with Merck for years trying to land a partnership. Eventually he had enough data to convince them that INT230-6 was worth a closer look. Looking back on his experience, he believes there are three hurdles a small company must overcome to secure a combination partnership with a large company.

First, you must show that your drug has an acceptable safety profile. Bender believes few companies will speak to you without that safety data in hand. Sometimes companies will be willing to accept non-clinical data, but that human safety profile is of utmost importance. Second, there must be some proof of clinical efficacy of the biotech company’s drug as a stand-alone treatment. Finally, you need to provide some data on the rationale as to why the combination treatment will provide synergies.

“I believe we were able to demonstrate to Merck that all three of those capabilities existed within our technology,” says Bender. “We have been able to show that our drug was effective at treating tumors on its own. We showed a good safety profile with only a few serious adverse events, which were mainly pain at the injection site. And we were able to make the case for combining this treatment with Keytruda. We have published a paper with the National Cancer Institute that shows our drug in combination with immunotherapies is very synergistic. We were able to overcome all three hurdles.”

Being a small company, Intensity had to enlist the help of a CRO partner to conduct trials. As is the case with most small companies, the process of finding the right CRO was not easy.

Bender notes he has worked with large CROs while working at other companies. However, in his experience, he has found when you need to get changes done, as a small biotech, is easier and quicker with a small CRO. When it was time to solicit bids, he approached small- and midsized companies.

“As a small company, cost was very important to us,” he states. “But we also looked closely at the quality of the staff we would be working with and how easy it would be to interact with them on a daily basis.”

After conducting a thorough review process, Ce3, a CRO located in Intensity’s home state of Connecticut, was selected. Bender attributes that choice to the attention he received from Holly Coulter, Ce3’s founder, president, and CEO.

“She was knowledgeable and accessible,” he says. “Ce3 gave us a lot of attention that I did not see from other companies. I knew if an issue arose, I would be able to go to her and get it resolved quickly. The fact that they are local also means we can have face-to-face meetings, which is how I prefer to do business. On the cost side they were competitive with the other bids we received. We have been working with them for four years and are happy with the relationship.”

Bender adds that the CRO selection decision should always come down to people, not the size of the company. He has worked with competent teams at both large and small CROs. He looks for staff members who are both experienced and motivated. He believes a good project manager will always keep the trial on track and provide the attention you require. Having access to top executives in the company is simply a bonus.

Bender cites one additional reason for preferring smaller CROs. “Small CROs have fewer employees and are not able to tolerate someone who is not good at what they do too long,” he states. “They have to hire the right people and make the right changes. If they don’t, they will be out of business. As the sponsor company, you always want to work with the best people in the industry. In a small CRO, if you feel things are not working out, it’s also easier to get that project manager changed. Trials can be large and complicated, but they still come down to those one-on-one relationships.”

Additionally, there were a few times when Merck brought up issues that Bender and his team were not completely familiar with. When that happens the CRO must quickly help to resolve the issue. Thus far, his CRO has always been able to do so. He notes the response time is vital in those circumstances, and the size of the company can impact that response time.

Intensity’s treatment consists of three small-molecule drugs: cisplatin, vinblastine, and a diffusion enhancer. Intensity produces the enhancer and purchases the other two, which are made in Scotland and shipped to the U.S. Dosing is done at major academic medical institution hospitals. In the combination trial, Merck supplies its drug, which is labeled for the study and shipped to clinical sites.

The Intensity treatment is administered intratumorally. Although that is different from an infusion, Bender says the dosing procedure is not much different than taking a biopsy. “Instead of removing tissue, you just insert the drug,” he says. “It's pretty easy to do. If a clinic can take a biopsy, they can dose our drug. We can reach almost any part of the body. We have not tried using it in the brain, but we have dosed lungs, livers, the pancreas, legs, abdomen, and arms.”

Initially, patient recruitment was a challenge. Following the required safety tests, the dose was low and FDA limited dosing to only tumors at the surface of the skin. Dose is set by the volume of the tumor and would only be escalated for the patient after showing safety. That meant those initial patients would see limited improvement from the drug. In fact, it took Intensity almost a year to recruit its first six patients. Recently six patients were recruited in a week.

“The patients we recruit are very sick,” says Bender. “They have failed all appropriate, approved therapies. Early in the study we had to administer low doses to very sick patients. The first year was very tough, but as dosing escalated the positive effects could be seen. Tumors were regressing by up to 40 percent and the disease stopped progressing. There were also few adverse events. Physicians could see the impact the treatment was having on patients, and enrollment soon began to grow significantly. Right now, for some of our cohorts, openings for the patients who want to take part are limited.”

Clinically relevant endpoints were the final challenge faced by Intensity. One way of determining if a cancer treatment is effective is to look at biomarkers. Intensity was finding that after two injections into a tumor at the right dose there were almost no live cancer cells in the biopsy sample. That meant having to find a new way to measure these biomarkers.

“It is not uncommon to see significant tumor shrinkage without a significant change in the RECIST values,” states Bender. “We might see a 70 percent reduction in tumor volume but only a 10 percent decrease on RECIST. If the tumor has shrunk but not gone away, is it still cancer or just scarred tissue?  As noted, post treatment biopsies often do not find much cancer. Unfortunately, RECIST is the standard and not tumor volume. Using a standard measurement can be a challenge when doing something that has not been done before.”

Intensity may be turning to using progression free survival as an endpoint instead of RECIST. If the tumors are truly regressing in terms of volume and the immune system is activating, patients should take longer to progress and that is what Intensity is seeing. Bender’s ultimate goal is to help patients live longer with a good quality of life. “What we do to tumors hasn’t been done before,” he says. “We are figuring it out as we go along.”