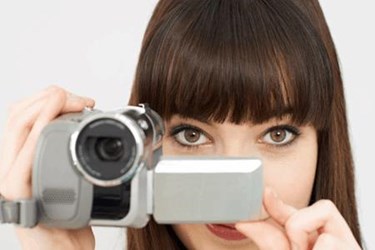 Sickle cell disease is a red blood cell disorder where patients have abnormal hemoglobin in those cells. The genetic disease is passed from parents to children and often afflicts individuals of African descent. While many symptoms are associated with sickle cell, one of the most common is bouts of severe pain, called vaso-occlusive crises, which can occur at any time. When Pfizer recently started planning for a Phase 3 trial of Rivipansel, a sickle cell treatment acquired from GlycoMimetics, the company knew patient recruitment would be a challenge.

In this interview Brenda Cooperstone, VP and chief development officer for the specialty care business unit at Pfizer, discusses the efforts made to understand sickle cell patients, their condition, and how the company should interact with them during visits to the emergency room (ER).

Ed Miseta: How does sickle cell impact the lives of patients? 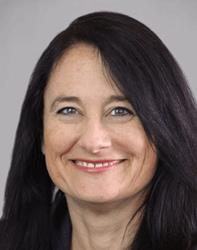 Brenda Cooperstone: Patients often have anemia, or low energy. This is due to the body being unable to keep up with creating new red blood cells to replace old ones.  Sufferers of this disease can also have organ damage due to poor oxygen delivery. But one of the most common symptoms is sudden and severe attacks of pain caused by the lack of tissue oxygen.

Miseta: Do we know why this disease is more common in people of African descent?

Cooperstone: Sickle cell is actually common in individuals of Middle Eastern and Indian descent as well. This is because the gene variant in sickle cell is related to malaria, not skin color. The variation is actually protective against malaria. Someone who is a carrier is less likely to get malaria. For that reason, in Africa it’s not a rare disease at all. If someone has two copies of that gene variant, one from each parent, then they will have sickle cell disease.

Miseta: Pfizer is recruiting for a Phase 3 trial on a treatment discovered by biotech firm GlycoMimetics. Can you tell us about that partnership?

Cooperstone: The two companies entered a worldwide license agreement in 2011 that stated GlycoMemetics would be responsible for the development of Rivipansel through the Phase 2 clinical trial. Pfizer would be responsible for all subsequent clinical development. The Phase 2 trial showed patients experienced meaningful reductions in time to reach resolution of vaso-occlusive crisis, as well as reduced length of hospital stay and usage of opioids for pain management as compared to patients receiving a placebo. That trial included 75 patients. For the Phase 3 trial, we are recruiting 300 patients.

Miseta: Why is recruitment for sickle cell such a challenge?

Cooperstone: That is actually one of the questions we struggled with. In the U.S. alone, there are about 300,000 ER visits a year for vaso-occlusive crisis. Around 85,000 of those visits result in an admission. Still, it took GlycoMimetics three years to recruit those 75 patients for the Phase 2 study. We know this is a rare disease, but there were enough patients coming through the door that we felt there had to be a way to enroll the trial faster. One of the things we knew about the Phase 2 trial is that patients were asked to consent to the trial when they were in the emergency room having a pain crisis. So it seemed that was one area where we could improve.

Miseta: Pfizer ended up hiring an ethnographer to follow patients and film their experiences. How did that come about?

Cooperstone: Ethnographers study people and cultures, and the one we hired was able to gain access to several individuals who suffered from this condition. We felt seeing patients in their daily lives would be the best way to understand their ordeal. We learned things such as the terms patients use, how they react to their condition, and what those trips to the ER are like for them.

Additional insights included discovering how these patients with both acute and chronic pain deal with it via the use of opiates. This is a concern both for patients who fear the possibility of addiction and hospital staff worried about overprescribing these medicines to patients.

Miseta: Will any of these insights help Pfizer or patients post-approval?

Cooperstone: I think so. We believe several of our learnings will go far beyond the clinical trial. If we get to the point where the treatment is approved and makes it to market, many of these insights will help us to get sites and patients the tools they need to improve interactions and ensure patients get the treatments they need.

Miseta: What is the current status of that Phase 3 trial?

Cooperstone: This trial is ongoing and we are about a year into the enrollment process. In addition, we have another compound that is being investigated for prevention, rather than treatment, of the vaso-occlusive crisis.

For that particular asset we are designing, along with patients, a patient reported outcome (PRO) tool as a primary end point for that clinical trial. We are in discussions with the FDA around validation of that end point. We’re actually using specific patient insights to create what will be a regulatory accepted primary endpoint.