How Soon Should You Start Planning For Drug Commercialization? 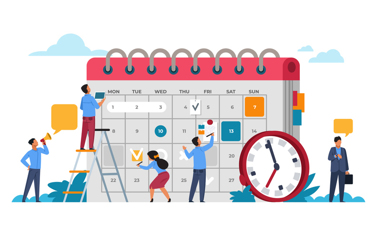 At some point, every pharma and biotech company hoping for a regulatory approval will have to start planning for commercialization. That planning can start at different phases of the drug development process, but historically has often been delayed until clinical trials were well underway. At least one executive believes that planning should happen earlier in the development cycle.

Syed Kazmi, CEO of Jubilant Therapeutics, says that in the early days of drug R&D, most of the emphasis was solely on the science. Unfortunately, all that focus on the science alone sometimes cost companies a successful launch. Even though the trials demonstrated good science and good data, companies had not always considered how the drug would be positioned in the marketplace early enough. Kazmi has been employing this approach for years and is glad others have begun to adopt it as well. He notes there are many factors that companies must consider.

“Companies should discuss what the patient journey looks like for a particular disease, or how that journey will evolve over the next six or seven years when the new drug will hit the market,” says Kazmi. “Early in the clinical phase, it’s important to take the time to analyze the commercial landscape and payers, and discuss factors such as, what sort of differentiation they will need to prove in order for physicians and patients to try the new treatment. If you’re developing an inflammation treatment and don’t get enough differentiation from steroids, payers won’t cover it.”

If developing a new treatment for cancer for example, companies must understand how it differs from current treatments and others in development - what companies are working on what treatments - where they stand in the development cycle - what patient segments are not being served - the growth rate of those populations, and how they will best position their product to serve those patients.

“When you are in the right position to best serve patients, the revenue will follow,” says Kazmi. “It shouldn’t be the other way around. The patient’s journey and product differentiation should be addressed when a product is in its earliest stage of development.”

Be Aware of Realities

Kazmi has pleased to see that planning for commercialization earlier in the drug development process is becoming the new trend. Commercial assessments and primary market research with treating physicians is occurring prior to products entering clinical trials. Researchers are asking where the treatment gaps are and how prospective products might fill those gaps. As that thinking evolves, it is helping researchers develop the right clinical program. It is also helping commercialization teams understand how new products might fit into a company’s internal portfolio and the marketplace as a whole.

Kazmi gives an example of a product he helped develop several years ago for patients with Kaposi sarcoma. When attempting to prove it would be the best treatment on the market, the development team realized that with other medical advances, the incidence of that disease was greatly diminishing.

“That is an extreme example,” he says, “but it illustrates the importance of answering commercialization questions early on. By the time we would have gotten that product to market, there would be no need for it. Then you have to scramble to decide what to do. It’s important to understand those potential realities as early as possible.”

AI Will Play A Role

The predictive capabilities of AI and machine learning will also play a role in preparing for commercialization. Kazmi notes the technologies are already assisting companies with patient and target identification. He cites an example of using machine learning to identify the right patient populations which would show a benefit from a product inhibiting novel targets. The technology was used to look at large oncology patient populations to determine what trials patients may have been used in as well as the data available on their genetic signatures.

“We were looking for causal relationships that would help us plan the trial,” says Kazmi. “After some wet lab validation, we will now be using some of the gene signatures to stratify the pool of patients. That is just one example, but it shows that even in early-stage trials AI has potential to provide needed commercial predictive abilities. I'm a big believer that it's really going to help sort out the right patients for the right medications.”

Kazmi adds that we are currently on a learning curve and that everything we attempt to predict with AI or machine learning is a work in progress. Still, he believes there are many current examples of AI helping to identify a patient population or assisting with trial design, such as asking whether a treatment regimen should run for 4 weeks or 12 weeks.

“This is a very powerful approach,” he adds. “The shortfall we still face resides in data interpretation and the human skills required to do that. We can teach machines and we can feed them large amounts of data. But once we do that, we will be supplied with wonderful data in return. Where we need to do more work is in the human understanding of the data and information we receive back. We still have a long way to go, but at the same time we have to start somewhere.”