How To Become A Sponsor Of Choice For Your CRO Partners 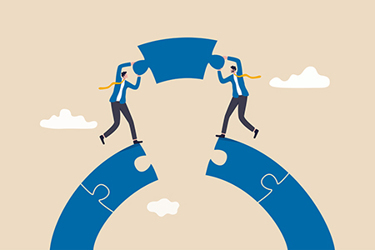 Becoming a true sponsor of choice involves much more than simply saying the words. Drug discovery is a tough business and there are many parts that must seamlessly interact to get a product to regulatory approval. When a company says it is a sponsor of choice, that means it has made a conscience effort to build a better relationship with the patients, sites, and CROs that it relies upon.

Ian Wyglendowski, head of strategic clinical partnering at UCB, has spent his entire pharma career building better relationships. He believes one of the most difficult relationships to manage is the one with your outsourcing partner.

He tells the story of once joining a company that had a strained relationship with its CRO. “I wanted to be a partner of choice, but our CRO was not performing up to our expectations,” he says. “When that happens, it is easy to play the blame game. Sponsor companies will say the reason for performance issues is bad employees, turnover, or your business not being a priority for them. There may be some truth to that, but it certainly is not the whole story. When you start to peel back layers of the onion, you realize your company is also accountable for delivery. Sponsors will often do things that make the job of the CRO a lot harder.”

A Bad Way To Negotiate

In Wyglendowski’s role in UCB’s strategic partnering group, he looked at the company’s financial framework with the preferred CRO partner he was managing. He wanted to know what was in place to incentivize them to perform well. He learned about the methods used by the company to negotiate the master service agreement with the CRO.

“We promised a large volume of work in order to get lower prices, but the volume of work never materialized,” he laments. “We squeezed those units within the costing tools, which is what the CRO uses to resource at the beginning of a study. We viewed everything in terms of units. For example, it should take this many hours to monitor a site and get a report. We negotiated items very tightly and made them agree to our terms, but that made it difficult for them to resource a study according to our expectations. People were working extra hours and getting burned out. At some point, people did not want to stay on the account because, from the very beginning, they were not set up for success.”

While on paper, UCB negotiated a very favorable financial framework, in reality, UCB was not getting the resources and the best team members it required. Additionally, the turnover rate at the CRO was high, and he knew the situation had to be corrected. Cost savings do not matter when the relationship is strained and work is not performed properly.

“Although we were not going to completely reset our rates and units, we knew we needed to give them some relief,” he says. “They needed some room to breathe. I quickly learned that pricing is a fundamental component of being a partner of choice. Sponsors need to create a level playing field so both you and your CRO partners can be successful.”

When UCB entered into a strategic partnering agreement in 2010, it made the decision to work with two CROs. Wyglendowski says UCB wanted to be an attractive sponsor to CROs, so instead of having bid defense meetings, which is typically the final step after the RFP process, it selected one CRO to work on the immunology portfolio and another for the neurology portfolio. The company also shared its book of work report for the ensuing two years.

“By doing so, our partners would know what's coming and be able to plan their resources accordingly,” he says. “All CROs appreciate that, regardless of size, and it is a good beginning to becoming a partner of choice. CRO partners want to know about upcoming studies and like the idea of not having to negotiate on every trial.”

Don’t Force Your Systems On Them

Another critical piece of being a sponsor of choice relates to infrastructure. Wyglendowski believes in allowing CROs to use their own systems as much as possible. By doing so, everyone’s life will be easier.

“We challenge our subject matter experts (SMEs) to sit with their counterpart SMEs at our CRO and ask how we can reduce the number of handoffs,” states Wyglendowski. “We want to reduce their burden and give them the freedom to operate without us getting in their way. Allowing them to use their own systems is one of the best ways to do that. If we can make their job easier on a day-to-day basis, that builds on itself, and they are happy when they finish the study. Using this approach, we found CRO staff wanted to join future studies that we started, which reduced our training burden. They understand our culture and they know what to expect.”

The same is true when it comes to standard operating procedures (SOPs). Many sponsors want CROs to abide by some or all their own SOPs, which can create a messy situation. Wyglendowski remembers working at one company where CROs were asked to follow 30 of the company’s SOPs. However, they would only follow two or three steps and then follow 40 of their own. That situation can get overly complicated and difficult to explain to somebody, especially an inspector.

“If someone asks how you build an informed consent for your study, how would you explain that?” asks Wyglendowski. “Would you say the CRO has to follow these five steps in our SOP, several steps in their own SOP, and then follow a joint process? That is the wrong way to do it. If you are with a global CRO take the time to conduct a proper audit of their informed consent process. If you find it meets regulatory requirements, just get out of the way, and let them follow their own SOP. If you force them to deviate from it, that will create a training burden and cause confusion. Hybrid processes can end up being a burden on both sides.”

Wyglendowski also believes some sponsors tend to micromanage their CROs. After spending a year selecting the best and most qualified CRO, they will then tell that CRO how to do their job. He finds that kind of thinking to be counter-productive, and believes it happens because of the regulatory burden in the industry.

“There is a lot of pressure on what we do, and clinical trials are complicated and messy,” he says. “Some folks think everything needs to run cleanly and smoothly all the time. That is not possible, and it can be difficult to hit every milestone. It is more important to treat partners with kindness and respect, but that can also be difficult in an industry where you are under constant pressure. You tend to be demanding and will want to set lofty expectations that no CRO can meet. When one milestone is not hit, people get nervous and want to start micromanaging. When you do that your CRO does not feel empowered, and things can snowball in the wrong direction.”

This is another area where face-to-face time can improve relationships and build trust between companies even when goals are missed. If you want to improve the relationship with your CRO, getting everybody in a room together and talking is the best advice I can give."