How To Educate Payers And Reduce Your Risk Of Failure 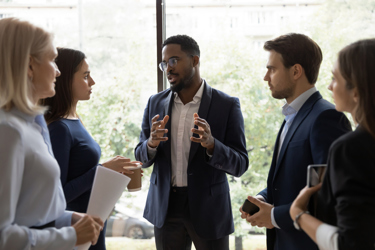 Not many companies today can say they are passionate about infectious diseases, but RedHill Biopharma is one of them. In the past year, the world has learned about the damage that can be caused by an uncontrolled infectious disease. Although the type of outbreak the world experienced with COVID-19 is something that has been discussed for decades, the world still seemed unprepared for it.

“Threats from new infectious diseases are real and they can strike at any moment,” says Guy Goldberg, CBO for RedHill. “We always seem to be unprepared for the next infectious disease outbreak. To make matters worse, I believe we have also generally let our guard down regarding developing new antibiotics. That is especially true for treating antibiotic resistant bacteria.”

Goldberg notes antibiotic resistance is rising to dangerously high levels all over the world. There are new resistance mechanisms coming across a whole list of infections, including pneumonia, tuberculosis, and foodborne diseases. Some are becoming almost impossible to treat as antibiotics have become less effective. Although this is an area where drug developers can play a large role, that has not been happening. In fact, many large drug developers such as Allergan and Novartis have abandoned the space.

With large drug developers leaving the space, the heavy lifting with antibiotics has been largely left to small biotech companies. Some of them have found success, only for them to be failed when it comes to commercialization of the product.

“Companies in this space face a perverse incentive system,” states Goldberg. “New, effective treatments are often used as a last resort. Sometimes that is done for reasons of antibiotic stewardship. Sometimes it is done because of the reimbursement systems we have in place, which encourage hospitals to use lower cost generics. Sometimes those generics have drug resistance issues and are not the best treatment options.”

If a company is investing in antibiotics, they need to have the right incentives to benefit from that investment. If the incentives are not there, Goldberg fears that new antibiotics will not be developed, and we will face a world of increasing antibiotic resistance and more untreatable infectious diseases. He notes more than 2.8 million antibiotic-resistant infections occur in the U.S. each year, and more than 35,000 people die due to resistant infectious disease[1].

While the GAIN Act, passed in 2012, has helped incentivize the development of new treatments, Goldberg believes more needs to be done. RedHill is pushing forward with its development efforts and the company currently has six products in its development pipeline targeting COVID-19, Crohn’s disease, NTM infections, and more. Under the Act, RedHill as a developer of qualified infectious disease products (QIDPs) is eligible to receive market exclusivity, priority review and fast track designations from the FDA for its infectious disease programs.

“More needs to be done, especially in the insurance environment,” says Goldberg. “Physicians need to have complete discretion to be able to give patients the right antibiotic in a given circumstance. If a patient is not given the right antibiotic, that can have a real impact not just on the patient but for public health.”

Given the importance of reimbursement, RedHill executives spend significant time educating payers well in advance of the launch of a product. For example, in November 2019 the company announced FDA approval of Talicia for the treatment of H. pylori infection in adults. Goldberg notes that by the time the treatment was approved, RedHill already had a full national account executive team in place around the country.

“I think we had met with every single major national and regional payer,” he says. “In the summer of 2019 we did a lot of disease-state awareness to highlight the unmet medical needs that exist with the H. pylori therapies.  Following FDA guidance, our Market Access team was able to share limited clinical information to formulary decision-makers. By the time that treatment received FDA approval in November, all the major payers knew who we were, our focus, and they were familiar with Talicia. Once we had approval, we had a lot of concrete discussions on our products, our label and how the treatment could help patients.”

After approval, the entire account executive team went back to the national, regional, and local payers the company had spoken to in the past. The topic of the discussions was reimbursement. That effort encompassed hundreds of payer interactions leading up to the launch of the product in March 2020.

Goldberg notes meetings with payers are different from a product presentation to a physician or an investor. They are about an hour long with time for questions. The team will make the case for why a drug is important, how it is differentiated from others, why there is an unmet medical need, and why physicians would want to prescribe it for their patients. Insurance companies need to make a good portfolio of drugs available to their members, and Goldberg sees this effort as essential to helping payers identify potential candidates for those portfolios.

“In less than a year post-launch we have achieved almost 80% commercial coverage,” says Goldberg. “In the antibiotic space those discussions have to be part of the clinical development plan and must be considered from day one. Too many companies in this space have had a successful product approval for important unmet medical needs only to end up in bankruptcy. That is a sad situation and one that needs to change.”

Finding the right employees to be part of the market access team took time and careful consideration. RedHill is a relatively young company and only recently made the transition from being an R&D company to a commercial drug company. Goldberg states investors are often skeptical of small companies trying to make that transition.

“Many investors are rightly nervous or skeptical about whether companies can successfully make that cultural and organizational transition,” he says. “The reason is moving a company from R&D to commercial requires a whole different mindset. It’s a different way of doing things with different regulations and a totally different language.”

To prepare for its product launch, RedHill purchased a few small commercial products about three years prior to the launch of its first pipeline product. It then built a commercial platform around them. The company hired 40 sales reps and a small commercial team, including a market access team. The company then familiarized them with the industry, physicians, and payers.

“We sent them to trade conferences and had them start meeting with payers and physicians to discuss those three products,” says Goldberg. “When it came time to launch our new products, we had a knowledgeable team and the right physician and payer relationships in place. Eventually we stopped promoting those three products and began to focus on our current products. It worked well for us and I recommend that all R&D companies in clinical trials start thinking early about that cultural and institutional transition.”