How To Increase Patient Enrollment By 600 Percent 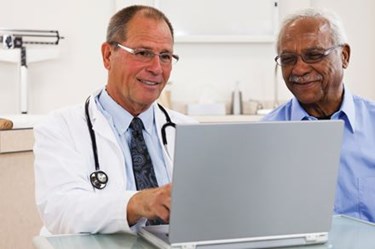 The process of getting patients to engage in a clinical trial is a headache that will keep many recruitment specialists awake at night. The Cancer Research Institute notes only two to three percent of oncology patients who are eligible for a clinical trial actually participate. Many are not even aware that trials are an option for them. More importantly, 95 percent of cancer patients might be missing out on a potentially lifesaving new treatment.

Unfortunately, when you dig into these numbers, they do not get any better. According to Lisa La Luna, SVP of Corporate Development & Implementation for ePharmaSolutions, a WIRB-Copernicus Group (WCG) Company, around 95 percent of patients that go through an online screener do not qualify for the study. That can be very discouraging to a screener, but even more so to a sponsor that invested a lot of time and money to get the patient into the screener. Many of those patients may not even bother to try and qualify again.

"These numbers are very discouraging," states La Luna. "There are clear inefficiencies that exist in the patient recruitment process that we as an industry need to address. There has to be a better solution than what we're currently doing."

What Can Pharma Learn From Expedia? 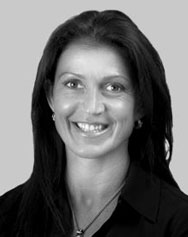 The idea ePharmaSolutions came up with is similar to what millions of people do every day when booking a hotel room. You might log into Expedia and search for a specific hotel in a certain city. If that hotel is booked, the website will immediately produce a list of other hotels in that area that might be a fit for you. That model led to the creation of a patient screening and matching solution called ReferralPlus. With ReferralPlus, if a patient is screened for a trial and is not accepted, they are immediately presented with other options.

ePharmaSolutions did an initial trial with Pfizer that showed significant improvement in cross-study matching. It is now working with 25 pharma companies and three technology partners that all have the goal of increasing the probability of every patient finding a trial that suits their needs.

"If a patient doesn't qualify for a particular study, they are asked if they would be willing to look into another study that is within a certain distance, say 10 miles, of their home," notes La Luna. "ReferralPlus would then offer them access to the other studies. The difference is when they go through the screener, the screener is smart enough to remember the information that was input, so it will only present them with studies for which they qualify."

One of the first studies completed using the patient referral system was a basic study on pain. Pharmacy outreach and online advertising were used to attract patients who were on the same medication. The cost of attracting patients into the various studies was then examined. For the initial study, the cost was around $5,400 per patient. By the third trial, the cost had fallen to $700 per patient simply by referring qualified candidates into other available studies. La Luna notes the sponsor company was able to complete the entire program three months ahead of schedule, at a savings of $700,000.

"This was with just one, small patient population," she says. "Imagine what we could do as we start to grow this effort?"

Going into this project, the primary concern for La Luna and her team was increasing the ease with which patients could locate a trial. Eventually they began looking into what they could do to also make it easier for patients to participate in trials. Geography (specifically, the location of the trial relative to the patient) seemed to be a concern for many patients, and also seemed like an easy problem to address.

As an example, La Luna notes one study on diabetes that took place in Philadelphia. The study was located downtown while one of the patients was in Conshohocken, which is 30 minutes outside of Philadelphia on a good day (up to an hour in heavy traffic.)

"That is a long drive to have to make every two weeks," she states. "We looked at other studies in the area and found there were seven trials they qualified for that were within a 15-minute radius from where they lived. If we can make it easier for patients to get involved in a trial, why wouldn't we do it?"

Shortly thereafter, she set out to do just that. The date was December 6th, 2013 and Pfizer agreed to sponsor the discussion and presentation at their headquarters in New York City. A number of pharmaceutical companies and CROs were invited to attend and hear her story.

"That was probably the most nervous I have ever been in a meeting," La Luna now says. "I was essentially asking these large pharmaceutical companies to share their patients. The appeal we made to them was if a patient didn't qualify for your study, can we have that patient to put into somebody else's study? I'm sure it is the first time many of them had ever been asked that question."

The reaction she got was interesting. About a quarter of the room had questions, such as who would get the patient first and how they would know the order of progression. On the bright side, the other 75 percent of the room thought it was common sense. Most felt it was something the industry should have done a long time ago.

"It was an all-day meeting," notes La Luna, "but by the end of the day, everyone felt what we were attempting to do was in the best interest of the patients. We have spent the last two years performing pilots on this concept. I think we have been able to prove our point and the metrics bear that out."

How successful has the effort been? La Luna boasts there has been a 600 percent improvement in trial match rates for patients, a number that is almost hard to fathom. La Luna breaks down her findings:

"On average, of the nine pilots that we ran, 33 percent of the patients that didn't qualify for one study were able to get into another study. If you go back to the 95 percent figure I referenced earlier, if you have 100 patients and only five got into the study, and we are now able to increase that to over 30 percent, which is a 600 percent improvement."

The positive results are even more remarkable when you consider that they have been occurring in primarily small studies. There has not been one study in any pilot thus far that has entailed more than 40 sites. The real excitement will come when this process is used in studies with several hundred sites and tens of thousands of patients. "I think right now we are just seeing the tip of the iceberg," adds La Luna.

Three other companies, CenterWatch, Microsoft, and WCG, are also playing key roles in the process. CenterWatch is the trial listing partner. Launched in 1994, it is now the largest online database of industry-sponsored global clinical trials actively seeking volunteers. La Luna notes most of the pilots thus far have not required much patient recruitment effort. The majority of patients have been coming from CenterWatch.

If a patient does not get into any study, they are asked if they would like their information placed in a secure environment so they can be contacted again at a later date when a more suitable trial arises. The Microsoft HealthVault software is helping to secure that information.

Finally, there is WCG. La Luna notes there are a lot of IRBs in the industry, but WCG has a solution called SRS (Single Review Solution) that will allow researchers to get an IRB decision in less than eight days. For local IRBs, WCG has a centralized process that allows for expediting the enrolling of patients into studies.

ePharmaSolutions has been able to navigate the contracting and legal requirements well thus far. What has been a far bigger challenge is getting a large number of studies into the system. As you might imagine, members of the consortium are very busy and oftentimes may not be familiar with the internal study teams within their companies. They have also requested more transparency so as to see what other studies are participating in the program. To better meet these needs, each consortium member now has a portal to log into, which will solve the transparency issue.

"We have a secure environment where members can go in and see what studies are participating," notes La Luna. "With that information they can prioritize which indications they want to go after within their own organizations. We have also done CTMS feeds with some of our pharmaceutical companies, so not only can they see which studies are there, but they can also see where they are located. If another pharmaceutical company has matching indications in the same geographical areas, it would make sense for them to be sharing patients."

The Savings Continue To Grow

Once everything is set up on the back end, the process is easy and seamless for patients. The screening and matching of patients is done completely programmatically through the ReferralPlus system. If they do not qualify for a study, the program automatically searches for other trials. Referrals can be handled in a number of ways, depending on the preferences of the pharma companies. They are generally done online or via call center and are handled in less than two weeks.

La Luna has also spoken to many sites. Rather than worrying about losing patients, most are excited about the opportunity to work with ReferralPlus. After presenting on the topic at one conference, she notes there was a line of 14 individuals waiting to speak with her. All of them were from clinical sites and wanted to know how they could sign up.

"Right now only five percent of our patients are motivated enough to try and sign up for a trial," adds La Luna. "Pharma companies are simply not doing enough for these motivated patients, and we need to do better. If they are interested enough to go to a screener, then let's go the extra step to make sure they get into a study they deserve to be in. It accelerates the timelines for the sites, it saves money for the sponsors, but most importantly, it's the right thing to do for our patients."