ICER: FDA Has Failed In Its Responsibility To Protect Patients From Harm 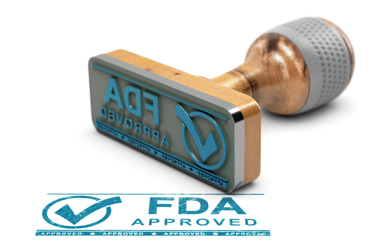 A recent report from Bloomberg Intelligence was not kind to the FDA’s approval of aducanumab for the treatment of patients with Alzheimer’s. A white paper released by the group noted that the approval was surprising given the clinical data that was gathered. The white paper states the approval would be met with more questions than answers and could bring a loss of credibility to the regulatory agency.

Now, the Institute for Clinical and Economic Review (ICER) has issued a statement on the approval, which is no kinder to the agency or its approval. The statement, released on June 7, 2021, notes that in approving the use of aducanumab for the treatment of Alzheimer’s disease, the FDA ‘has failed in its responsibility to protect patients and families from unproven treatments with known harms.’

The statement notes, “Our review of the evidence was concordant with that of many independent experts: current evidence is insufficient to demonstrate that aducanumab benefits patients. The avenue forward has seemed clear: another study would be needed to reduce the substantial uncertainty about the drug’s effectiveness, a requirement of even greater priority because of the drug’s common and potentially serious side effects.”

The statement then notes that rather than waiting on another trial, FDA chose to move the goalposts and approve the treatment based on the surrogate outcome of removing amyloid from the brain rather than the patient-centered outcome of clinical benefit. Other drugs have been shown to remove amyloid from the brain yet failed to help patients. FDA Also approved the treatment for all patients with Alzheimer’s, despite the drug only being studied on patients with mild cognitive impairment (MCI) and mild dementia.

The statement mentions the unmet need in Alzheimer’s disease and the impact it has on patients and family members. Those individuals will now be faced with the decision of whether to use a treatment that may not work, and which has known side effects. Aducanumab is known to cause brain swelling and potential bleeding in approximately 30% of patients, which the statement notes will heighten the need for FDA to hold firm to a standard that calls for evidence that establishes a therapy benefit for patients.

Additionally, questions about the design of the confirmatory study must also take center stage.

Other concerns have also arisen since the approval. Three members of the FDA’s expert panel have now resigned over the decision. The latest, Aaron Kesselheim, noted the approval “was probably the worst drug approval decision in recent U.S. history." The decision is expected to harden opposition to Janet Woodcock, the interim commissioner at FDA and a name on President Biden’s list to be the next commissioner. The agency has also been taking heat from ALS advocates who believe FDA is not moving as fast on that disease. Now it appears pricing of the drug will be an issue as well.

Regardless of its effectiveness, aducanumab could become one of the top selling drugs in the history of the U.S. ICER calculated a fair annual price for the drug to be between $2,500 and $8,300. The most optimistic cost-effectiveness scenario, ignoring contradictions of the two pivotal trials and focusing on the health gains of the treatment, would support a price of $11,100 to $23,100. The list price announced by Biogen, $56,000 per year, far exceeds even the most optimistic scenario.

ICER notes only a hypothetical drug that halts dementia entirely would merit that pricing level. “The evidence on aducanumab suggests that, at best, the drug is not nearly this effective,” notes the statement. “Nonetheless, even at the lower range of eligible patients, at this price the drug maker would stand to receive well in excess of $50 billion per year even while waiting for evidence to confirm that patients receive actual benefits from the treatment.”

I believe we will continue to hear a lot more about this approval. ICER notes it will look forward to engaging stakeholders, including the manufacturer, in a discussion of how the pricing for aducanumab should reflect its value to patients and families, the uncertainty around its effectiveness, and the scale of its potential use.