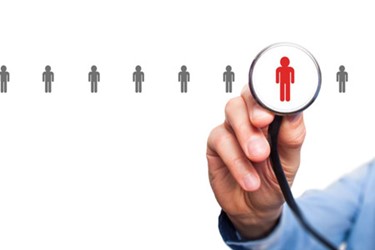 Although Idera Pharmaceuticals has a long history in drug development, today the company is focused in the immuno oncology space with one asset in its pipeline. That therapy, tilsotolimod, is a TLR-9 agonist that is administered in combination with Ipilimumab. CEO Vin Milano believes it will be successful in treating patients with anti-PD-1 refractory metastatic melanoma, a patient population with no approved therapy.

The company is currently in the process of launching a Phase 3 trial. The treatment will be administered by an intratumoral injection into a single target lesion. It will be administered six times over the course of the trial plus an additional three maintenance doses after the combination with Ipilimumab is complete.

Every company conducting clinical trials knows recruitment is a challenge. Slow recruitment can delay the start of a trial and, in some cases, cause them to be cancelled altogether. This is one factor that makes Idera different. The company hoped to have recruitment for its Phase 3 trial completed by the end of 2019. However, just six months into the year, the company was ahead of its enrollment targets. The trial will require 300 patients, and by the end of August 2019 had 294 patients enrolled.

“We were a full four months ahead of schedule,” says Milano. “That is a situation most sponsor companies will generally not find themselves in.”

You might think the success of the Phase 2 trial helped Idera bring many of those patients back for the Phase 3 trial. That was not the case. First, the Phase 2 study was conducted entirely in the U.S. at ten large and well-known academic cancer centers. The Phase 3 trial is global, and the sites used in the U.S. are smaller community centers. Also, one inclusion criteria stipulated that patients could not have been injected with this treatment the past.

Milano credits this recruiting success story to four factors. One is something he can’t control. It’s the fact that patients with this cancer are a population truly in need. There are no approved therapies, which means physicians treating these patients will view clinical trials as a viable treatment option.

Second, Milano believes the data his company gathered in a Phase 2 study was very encouraging to patients and physicians. “We are seeing a dramatic improvement in the number of patients who respond to the treatment,” he says. “We are not adding toxicity to a drug that's already considered to have a high toxicity burden. I believe that is also a contributing factor.”

The third factor is connecting with the right investigators. Idera is working with very experienced melanoma physicians for the Phase 3 trial. Milano gives them a lot of credit for ensuring the enrollment targets are met. When physicians participate in a trial and have a good experience with it, they are willing to share that experience with colleagues.

The fourth factor, partnering with the right CRO, might be the most significant. “We are a small company, so we do rely on a CRO partner to play a major role in the execution of a study,” says Milano. “We handle the project management and we oversee the medical leads. Although we maintain responsibility for clinical operations, we use the talents of individuals at our CRO to help execute the study. The CRO we selected has played a huge role in our recruitment success.”

The Phase 3 trial is not a simple one. It is a global study being executed at approximately 100 sites in 11 countries. Being a global study, you might think Idera opted to work with a large, global CRO. That was not the case.

“As a small company in the oncology space, we have worked with some of the larger CROs,” notes Milano. “I did not feel we got the attention we needed and, frankly, deserved. At the same time, a small CRO may not have had the global reach that was needed. Therefore, we believed a midsized CRO would be the best fit.”

The decision to go with a midsized CRO forced the clinical operations group to refine their assessment process. The company opted to place a greater focus on what its needs were and what capabilities the various CROs could provide. The selection process was not easy, and after carefully vetting numerous CROs, Idera opted to work with Medpace, a midsized service provider.

When performing the CRO selection process, Milano notes he was looking for a partner that would make him feel comfortable. He knew that employees of the CRO would be interacting with both sites and patients.

“I’m a patient focused individual,” he says. “I wanted to make sure we had the right company and the right people representing us. I had to be comfortable that our partner had the right people, approach, personalities, and values. Their way of doing business had to match our way of doing business. We weren’t signing a vendor. In fact, I do not like that word. We were signing a partner. The employees of the CRO had to behave like employees of Idera.

When it comes to the CRO helping with recruitment, Milano concedes that is more of a leap of faith. Idera certainly looked at the ability of each CRO partner to help with feasibility assessments and determining how many patients each site might provide.

Milano notes Medpace did play a significant role in the patient recruitment process. Idera used clinical research associates and monitors from the CRO as well as its own. The teams made sure every site involved in the study was visited regularly. This enabled these individuals to be in front of investigators, which always kept Idera’s study on their minds. This helped sites to identify the right patients. Idera wanted to be a good partner, but also wanted to be onsite enough to make sure patients that should be in the study were getting enrolled.

“We held sites accountable to their projections,” says Milano. “If a site promised us 12 patients, and six months in it had zero, we wanted to know why. We would hold both the sites and the CRO accountable. Recruitment is not that complicated, but at the same time it is never as easy as it should be. For that reason, direct accountability for the projections was important to us.”

To ensure everything was progressing as planned, Idera’s project leader had weekly meetings with the CRO. Milano calls his project leader a tiger and a drill master. Her job is to make sure that no one at Idera or the CRO ever feels too confident or comfortable with the results. The meetings are done by phone and involve constant follow-up. The teams review what was accomplished in the past week and what could have been done better.

Idera selected sites country by country. Once a site was selected, a team visited the site to meet with physicians.

“The first step was speaking to them on the phone,” says Milano. “That call was simply to make sure they understood the information we sent. We then did a site initiation visit to make sure we, and they, were aligned on the protocol and the expectations for the study. That allowed us to also begin to build relationships will all staff members at the site.

On these site visits, one individual from Idera would attend. That person is generally a physician or someone with a PhD. That individual would meet with the primary investigator, a physician at the site, the study coordinator working with the primary investigator, and anyone at the practice that would be involved in the administration of the therapy. That could be a nurse practitioner or an interventional radiologist.

Although those individuals would be familiar with melanoma and treatments for it, Milano did not want to make the mistake of assuming they would understand how to administer it.

“We cannot afford to assume the administration process would be commonly known,” he states. “We felt it was important to train them on the right way to administer the injections. Still, the process is not very complicated. For an interventional radiologist, this injection into a tumor is very similar to performing a biopsy. The training was not complicated, but we did want to make sure the drug would be properly injected into the tumor so it would have the best chance of success.”

Although recruitment is four months ahead of schedule, Milano does not want anyone to become complacent. He has already increased the enrollment target from 300 patients to 450.

“I don't know that we shouldn't be five, six, or seven months ahead of schedule,” he says. “I never like to assume that things are going well. We must always remain vigilant in our efforts. Your goal should always be how fast you can get to the finish line. Our treatment is for patients who may not have long to live. Getting to approval as quickly as possible should always be the number one goal. I don't want us or our CRO to get cocky or complacent just because things are going well. If we can, let’s figure out a way to speed up the process.”