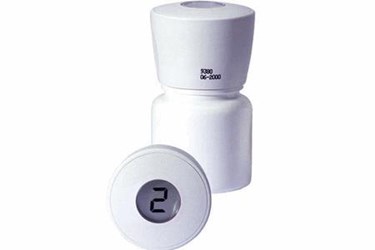 Iroko Pharmaceuticals has re-engineered itself around SoluMatrix Nonsteroidal Anti-inflammatory Drugs (NSAID) including a newer one, approved by the FDA in October 2015. In a recently completed Phase 3 trial, efficacy was demonstrated in patients with osteoarthritis pain who were treated with VIVLODEX (meloxicam), a low-dose SoluMatrix NSAID product. The Medication Event Monitoring System (MEMS) was used in the study to accurately track when patients required additional pain-relieving medication and to show that patients using VIVLODEX required less rescue pain medication.

“Pain medications have been in the news recently,” says Dr. Clarence Young, chief medical officer at Iroko. “Major regulatory authorities, as well as medical organizations, have called attention to dose-related risks associated with NSAIDs, tied to gastrointestinal and cardiovascular issues. These products certainly have a place in the management of pain for patients, but we need to be aware that if we use these agents, it is prudent to consider options to limit these risks.” 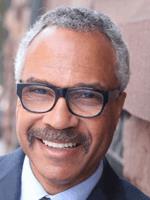 VIVLODEX is the third SoluMatrix product that Iroko has developed and taken into Phase 3 trials. In this particular 12-week study, the company sought to establish the efficacy of VIVLODEX in patients with osteoarthritis pain. Patients were treated with single doses of 5 mg to 10 mg, which is 33 percent lower than other currently available oral meloxicam products.

In the course of developing the study design, one of the questions Iroko had to consider was whether the lower dose of pain reliever, given in the morning, would result in pain occurring later in the day, prompting patients to take rescue pain medicine (a dose of another pain medication, provided to patients at their study visits). Since meloxicam is typically taken once daily, the concern was that patients might need additional pain medication before it was time for them to take their next daily dose of VIVLODEX.

Trials evaluating the efficacy of pain medications to treat pain in patients with osteoarthritis are placebo-controlled. Therefore, researchers needed to provide an option (another analgesic agent) for patients in case they experienced unbearable pain. The traditional approach taken in these trials is to track the amount and timing of rescue medication (an analgesic) taken by patients. This allows researchers to evaluate the efficacy of the drug being tested. If the drug being tested is effective, there should be much lower usage of rescue medication by patients compared to those taking the placebo.

“Normally, this information is recorded on diary cards,” says Young. “The patient is provided with the cards and asked to record each time they take a rescue medication tablet.  In this study, patients were allowed to take up to six additional 500mg acetaminophen tablets as rescue medication, each day. If they took more than that, they were withdrawn from the study.”

Anyone who has worked on trials that use diary cards knows that patients do not always record their usage at the time that a medicine is taken. Oftentimes, patients will enter the information on the card, days or weeks later, or forget to record the dosing altogether. In those situations, the amount of rescue medication used, as recorded in the diary card, may differ from the amount based on comparison of the number of tablets remaining in the bottle compared with the number that was originally dispensed to the patient. Those discrepancies may make it difficult to interpret some of the key trial results.

“We were aware of the MEMS technology, that has been used to monitor and even remind patient’s to use their medication,” says Young. “In earlier studies, especially of antiretroviral therapy, it was difficult for patients to comply with the complex drug regimens.  Since it was important to understand whether patients were taking all of their medicines appropriately, in order to interpret the study results, a system was needed to accurately track their dosing. Electronic monitoring systems were developed that could be used to determine if patients were adhering to their treatment regimens. We looked at the technology and felt there was an opportunity to adapt it to our VIVLODEX study. We reached out to the manufacturer (WestRock Healthcare) who helped us make it happen.”

The bottle contained a MEMSCap, which is medicine bottle cap containing a MEMS device. Each time a patient opened the bottle, the time of the opening was recorded. That information was recorded electronically and downloaded to a secure website that was administered by WestRock. “If a patient was taking their medication at 9 a.m. and the dose was not sufficient to last 24 hours, you might expect the effects to be wearing off in the evening,” says Young. “If that’s the case, we would expect to see a corresponding number of bottle openings at that time.”

Iroko, headquartered in Philadelphia, currently has approximately 150 employees. The company was founded in 2007 with a goal of providing low dose options for pain management. The SoluMatrix process produces drug particles that are much smaller than typically achieved using standard technology. Once ingested by the patient, the smaller drug particles were expected to dissolve at a faster rate, impacting the rate of the rate of absorption of these drugs, enabling patients to be treated with lower doses.

“By enhancing the rate of absorption of these drugs, using the smaller drug particles, we can treat patients with less exposure to the drug,” adds Young.