Is CRA Shortage To Blame For CRO Turnover? 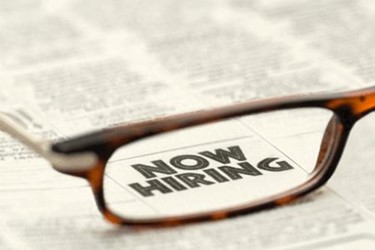 The results of a study on compensation released by HR+Survey Solutions (HR+SS) show that turnover in the U.S. for clinical monitoring jobs at CROs remained high in 2015. Clinical monitoring jobs, such as clinical research assistants (CRAs), involve individuals whose job function is monitoring the health of study participants in clinical trials. In 2015, the rate was 25.1 percent, which was almost unchanged from the 25.4 percent recorded in 2014.

Interestingly, the turnover remained high despite a seven percent spike in average salaries for professionals from 2014 to 2015. When looking at all positions within CROs, the average turnover rate increased slightly from 19.5 percent in 2014 to 20.1 percent in 2015.

The 18th annual CRO Industry Global Compensation and Turnover Survey also found the turnover rate decreased slightly from 17.9 percent in 2014 to 16.4 percent in 2015 for CROs located outside the U.S. Average turnover by country was 13 percent or higher in all but one of the surveyed countries. More than half of the countries surveyed had turnover rates of 20 percent or more, with five countries (Switzerland, New Zealand, India, Denmark, and Norway) having rates ranging from 30 percent to 47 percent.

Turnover at CROs is always a concern for sponsors, as changes in personnel can cause disruptions to trials. Specifically, excessive turnover in key clinical positions can create a loss of continuity, leading to delayed timelines. That turnover can also increase costs as a result of lower productivity, an increased workload on colleagues, recruitment and onboarding costs, and the loss of knowledge. Turnover can also impact business development by CROs, since sponsors scrutinize turnover in their vetting process.

“Turnover is a significant business issue; high turnover can undermine the relationship with a sponsor or cause them to lose a bid for new work,” says Judy Canavan, managing partner at HR+SS. “Employees have figured out that changing jobs is the key to maximizing their compensation and rounding out their CV. Companies need to create internal career opportunities.”

This trend is of particular concern to pharma considering the growth in trials and the tendency to outsource that has occurred over the last decade. HR+SS notes in 2005 there were 24,921 registered clinical trials. By December 2016 that number skyrocketed to 231,508. During that same period, pharma spending on outsourcing also surged. According to the 2016 Nice Insight Contract Research - Preclinical and Clinical Survey, there was a significant increase in outsourcing services spending in 2016, continuing the increases seen over the last 5 years. A whopping 38 percent of companies now spend $51 million to $100 million for outsourcing, while another 18 percent spend more than $100 million. Nice Insight reports that just one year ago, only 23 percent of sponsors spent more than $50 million.

According to Grand View Research, the global CRO market, valued at $27 billion in 2014, is expected to grow at a 6 percent compounded annual rate, reaching $45 billion by 2022.

While retaining employees is essential to the success of CROs, finding ways to engage them remains a challenge. The report notes clinical research associates (CRAs) spend most of their week traveling to study sites. Finding a way to engage them and build loyalty is difficult. To attract and retain talent, companies must focus on both compensation and other factors, such as work-life balance.

In order to better understand this complex issue, HR+SS also conducted a hot topic-survey in 2016 that involved 16 CROs. It found money is the most common method of retaining talent. In the U.S., 85 percent of CROs use off-cycle raises as the most common approach to retaining talent. The survey also found 48 percent of companies use retention bonuses, although that tactic was found to be more common outside the U.S. Companies also used money to attract talent, with 81 percent of U.S. CROs using new hire bonuses and 80 percent making use of above market/midpoint salaries at least some of the time.

Of course higher pay and benefits alone will not solve the turnover issue. Talented CRAs are in high demand, and can request higher wages from prospective employers, because of the shortage of skills that currently exists in the market. That demand for CRAs from sponsors as well as CROs will keep driving the turnover and higher wages until more trained professionals hit the market.

CROs interested in participating in the 2017 CRO Industry Global Compensation and Turnover Survey should contact Judy Canavan at 866-252-6788 extension 902 or by emailing jcanavan@hrssllc.com. To contact Healthcare Reimbursement Services visit www.hrsllc.com.