Is Inefficient EDC Technology Holding Back The Paperless Revolution? 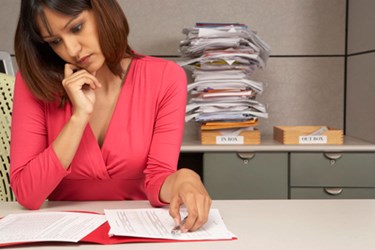 When it comes to clinical trials, the pharma industry has talked about making them paperless for more than a decade. But even today it seems to be a problem that the industry has not done a good job solving. “There are times when we all seem to just be grasping at straws,” says Ed Seguine, CEO of Clinical Ink. “Everyone seems to be focused on the adoption of EHRs and EMRs, and how that will enable the industry to access huge volumes of data. But in reality, nothing has fundamentally changed in how we conduct clinical trials. We seem to be waiting for new solutions to emerge, even as we continue to do the same things over and over again.”

Fortunately, Seguine believes there is now an opportunity for the industry to do things differently. In fact, regulators are even encouraging it. He is referring to efforts by the regulatory agency to promote and encourage adoption of what is being called eSource (electronic source data) technology. The term refers to the capture of clinical trial information at the original point of care.

“The FDA is promoting this not just in their guidance documents, but in their Federal Register announcements as well,” says Seguine. “There is no question the industry needs a better way of collecting data, and we need to drive the adoption of technology at the point of care, including sites and patients. We have to be able to include patients in the collection of their own data.” 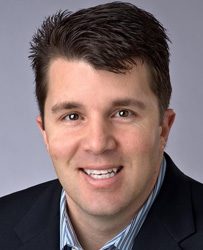 According to Seguine, pharma seems to keep talking about many of the same themes but is unable to resolve them. He notes many of the big EDC companies have not seen much success in making the execution of clinical trials paperless. He believes the only way you can make the clinical process less paper intensive is to replace paper with something better. That better solution was supposed to be EMRs.

So why has a paperless revolution not swept the industry? “I believe general consumer technology at the research site has come a long way,” says Seguine. “But if you listen to feedback from sites about EMRs, you find what the real problem is: They do not effectively support site workflow.”

Seguine notes site personnel often have to enter certain information multiple times. In a clinical trial, companies have EDC systems that capture case report form data. Case report form data, and the way technologies are organized to capture it, is geared towards statisticians in pharma companies, and has nothing to do with the workflow performed in front of a patient.

“The end result is that technologies used in clinical trials, as refined as they might be for the handling of massive quantities of data in statistical analysis and review, are not architected in a way to drive adoption and facilitate the workflow for someone in front of a patient. In fact, it is poorly suited for that, which has been the biggest problem. We have not deployed technology that meets the workflow needs of nurses and physicians during the patient visit.”

He believes the advantage of eSource is its ability to capture data at the point of care by mimicking the workflow when site personnel are with a patient. This required a rethinking and prioritizing of the work flow demands at the site. Seguine believes if the industry can do that, sites will adopt the technology en masse. “Most pharma companies think sites are simply hesitant to adopt new technologies,” he says. “The reason sites have not adopted new technologies is we have not given them a new system that truly meets their needs,” he states.

Seguine provides the following example: A study might require a patient’s blood pressure to be recorded four times during a visit. Since a statistician will want all of the blood pressures together to analyze the change, the four readings will generally appear on the same form. But the physician collecting those readings will want the blood pressure field to appear on page one, page five, page ten, and page 15. Doing it this way would allow the recording of the information to flow sequentially with their work. “None of our systems currently reflect that,” says Seguine.

Clinical Ink recently completed an analysis of metrics collected across 80 different eSource studies conducted in 28 countries. The soon-to-be published study found 92 percent of forms were filled out within six hours of the patient visit. Since that data is now electronic, within three more days, 60 percent of the forms were reviewed remotely; allowing researchers the ability to begin cleaning the data. This enables the entire data collection process, including monitoring and cleaning activities, to be performed in less than 30 days. In the past it may have taken three to four months.

Despite these results, Seguine notes for pharma to be more receptive to adopting new technologies, additional work remains. A move away from large, monolithic systems might be a step in the right direction, and he points to an approach by Oracle that advocates allowing companies to decouple how data is collected, cleaned, reported, and analyzed.

“These would all be set up as distinct platforms, instead of one giant platform that purports to do everything,” he says. “With that approach users would no longer be locked into doing everything on the same platform. Any conversations we have about interoperability with standards are just window dressing if they do not involve true interoperability of data between different systems.”