Is Patient Centricity Just A Buzzword? 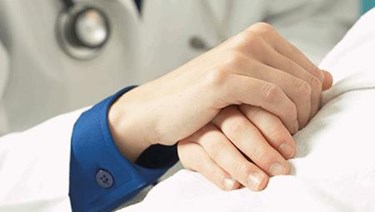 SCORR Marketing, along with KNect365 Life Sciences, a global community of pharma stakeholders, has produced a report on the current status of patient centricity in clinical trials. The survey collected 208 responses from industry professionals in a variety of job functions and regions.

Patient centricity has certainly gained traction in recent years from sponsors, CROs, and solution providers. Despite the increased attention, a common approach to patient centricity is not present across the industry, making it difficult to determine how entrenched it really is. Are companies really taking patient preferences into consideration? And, if so, how are they doing it? The survey attempted to answer these questions by gathering data on perceptions, practices, and future expectations of the trend among life science professionals.

The survey started out asking participants if patient centricity is a meaningful initiative or simply an industry buzzword. Seventy-nine percent of responders noted it is a meaningful initiative, while just 21 percent felt the term is simply an industry buzzword. To most responders, the term means a focus on patients or involving them in a study in an integral manner. While some noted the value of patient centricity lies in making trials friendlier in terms of scheduled visits and interventions, they also felt the word is often used in meaningless ways.

Implementation Is A Challenge

Although most responders are in agreement on what patient centricity is, they also feel that implementing it is a far bigger challenge. This is especially telling in a couple of numbers. Twenty-nine percent of respondents noted their companies do not solicit input from patients, while another 36 percent indicated their companies do not measure centricity from the perspective of the patient. That being the case, it’s a wonder that the percentage calling it a buzzword was not higher. But it raises an even bigger question: How can you say your company is patient centric if you lack any means to measure it?

Most companies seem to have a method of gathering patient insights. Forty-eight percent report using patient advocacy groups to hear the voice of the patient. That is followed by focus groups and individual interviews, both noted by 42 percent of respondents. Many companies also use a blended approach, which uses more than one method.

The survey also found that in implementing patient-centric efforts, companies remained aware that they are for-profit institutions. When asked to identify their aims when making patient centricity sustainable and practical, “generating financial ROI” came out on top, beating out “creating patient value” and “driving scientific innovation.” That result was true of both sponsors and CROs, and for both U.S. and European respondents.

One you have devised patient-centric initiatives, should they be driven primarily by patients or clinicians? Respondents were asked to evaluate their thoughts on a scale of 1 to 10, with 1 representing primarily clinician driven and 10 representing primarily patient driven. Only 7 percent of respondents selected 1, 2, or 3, while just 5 percent selected a 9 or 10. A rating of 4 or 5 was cited by 13 percent and 21 percent respectively. A rating of 7 and 8 was selected by 23 percent and 20 percent respectively. So a slight majority preferred these efforts be patient driven. Both sponsors and CROs leaned towards the patient side, with average rankings on 6.15 and 5.66 respectively.

A Look Into The Future

While the survey gives a good snapshot of where patient centricity currently stands in sponsors and CROs, it also attempted to look ahead to what it might also look like in the future. In this regard, I found the numbers to be disappointing.

Only 44 percent felt their own companies would increase its emphasis on centricity in the next two years. An even lower number, 37 percent, felt competitors would increase their efforts (46 percent of sponsors felt it was “very likely” versus just 29 percent of CROs). This is despite the fact that 48 percent felt it “very likely” that patients would care more about it. It’s almost as if companies are acknowledging that patient centricity is more important to patients than it is to them.

Finally, recent advancements in technology have created opportunities for companies to become more patient centric. But another set of numbers makes you wonder if companies are more concerned about helping patients or themselves. When asked in what areas technology advancements have helped to further patient centricity, 63 percent of companies cited recruitment. An additional 56 percent noted retention. It is certainly admirable that companies wish to help patients in these areas, but it also goes without saying that the sponsors and CROs are the entities that benefit most from recruitment and retention.

Areas that seem to be of greater concern to patients, the consent process and monitoring, each were cited by just 50 percent of respondents. Although e-Consent is now available to companies to help patients with the process of understanding clinical trials, only 47 percent of sponsors noted technology advancements have helped with patient consent. Knowing that, it’s not surprising that 86 percent of responders noted they still use traditional paper consent forms.

There are many things we can conclude from this report. First, 79 percent of companies say patient centricity is a meaningful set of initiatives and not just a buzzword. And 77 percent consider it “very important” or “extremely important” for their companies to embrace the effort to move toward more patient-centric trials.  But at the same time, it appears the industry still has a long way to go.

I appreciate the honesty of those taking the survey. But, as long as 21 percent of respondents feel the term is simply meaningless jargon, it’s clear that more effort is needed. What can we make of the fact that 87 percent of companies believe centricity is important to patients, but more than a third have not bothered to put a system in place to measure it from the perspective of patients? Or the fact that only 53 percent believe it is important to their competitors?

The results are encouraging, but we have to do a lot better.