Is There A Link Between The France Tragedy And Legal Highs? 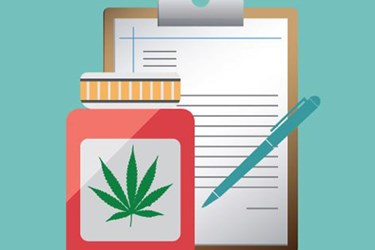 By now you have heard about the tragic clinical trial in France that has resulted in the death of one person and the hospitalization of four others. While full details of what caused the fatal death of a healthy man are still not available, we do know the trial was likely testing the safety and efficacy of a drug codenamed BIA 10-2474, manufactured by Portuguese company Bial. BIA 10-2474 is known as an FAAH-inhibitor, meaning it prevents the breakdown of endocannabinoids in the brain, keeping them in the brain longer. The effects of that produce a similar pain relief that one might get from smoking marijuana. But now Maia Szalavitz, writing on the website Vice.com, says this should be a wakeup call to some legal substance users in the U.S.

In the article, Szalavitz notes a substance similar to the one dosed in France is has also been found in some so-called “legal highs” that are sold in the U.S. Although she seems to be an advocate for the legalization of marijuana in America, Szalavitz does note, “a similar catastrophe could affect teens or young adults in the United States, many of whom have no idea that so-called legal highs carry far greater risk potential than the natural plant.”

According to Szalavitz (a freelance neuroscience journalist who is also a writer for TIME.com with a degree in psychology), FAAH inhibitors are not similar to natural marijuana or synthetic forms of it. Both traditional and synthetic cannabinoids act differently on the brain’s cannabinoid receptors. Drugs like BIA 10-2474 are indirect, which was supposed to make them safer. In the past these investigational medicines have been used on numerous conditions including anxiety, insomnia, pain, and Tourette’s Syndrome, up until now without incident.

Danielle Piomelli, a researcher at the University of California Irvine who has studied FAAH inhibitors, notes they have been tested and shown to be safe in humans in several Phase 1 studies conducted by Sanofi, J&J, Merck, and Pfizer. She notes that in this study there was likely a fatal interaction with another, still unknown protein.

While we await additional information on the study, Szalavitz makes the case that this accident should be a warning to users of “legal highs” sold in the U.S. This includes products sold as legal incense or potpourri. These products, sold in Indiana in 2013 and 2013, were found to contain an FAAH inhibitor known as URB597. The inhibitor was found in products sold under the names Darkness, Darkness Blueberry, Darkness Purple Haze, Funky Green Stuff, and Kite. A co-author of the report that made the discovery public could not confirm whether or not products containing URB597 were still on the market.

Curiously, that same individual later found that a different FAAH inhibitor, LY-2183240, also has off-target effects and had been detected in “legal highs” available in Japan. Those off-target effects could produce adverse effects similar to those that occurred in France.

“All of this highlights the fact that legal high users are basically doing their own "first in human" trials—with no knowledge of dose, purity, chemical content, potential side effects, and no medical monitoring,” says Szalavitz. “And since manufacturers sell some substances that have never even been tested in animals, at some point this kind of tragedy could happen stateside.”

If “legal highs” contain many synthetic substances and impurities, as well as FAAH inhibitors, they are probably not something you want to be inhaling. According to both Szalavitz and Piomelli, sticking with the natural variety of weed may be the safer route to go, provided you’re fine with the panic, anxiety, paranoia, and munchies. For the time being, that would mean getting your highs from Colorado, and not trusting what you might purchase at the local gas station.