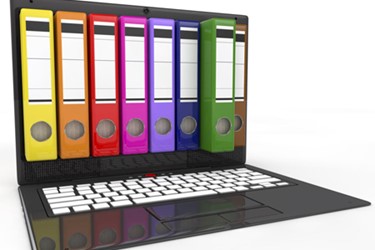 In December 2019, ISR Reports released the 2nd edition of its eTMF Market and Service Provider Dynamics report. The 118-page report collected data from 110 respondents who worked for sponsor companies and CROs and who had direct, recent experience with eTMF software systems. By collecting data from actual eTMF users, ISR was able to use their perspectives to glean a “hands-on” perspective of data, analysis, and evaluations of eTMF systems.

The report notes more systems and processes are moving towards cloud-based applications, and that trial master files are no exception. For this report, ISR gauges how adoption of eTMF systems is progressing and how it will continue to progress over the next few years. The report should help clinical development sponsor organizations, CROs, and eTMF software vendors in their understanding of various market dynamics, including vendor familiarity, preferred provider agreement penetration, top selection attributes, performance evaluations, and more.

I spoke with Andrew Schafer, president of ISR Reports, about the report and what users can expect to learn from it.

Ed Miseta: ISR Reports recently released the 2nd edition of its eTMF Market and Service Provider Dynamics report. Although respondents were required to be using an eTMF solution, are you able to provide any insights into the current adoption rate of this clinical technology? And do you see that rate staying the same, or increasing or decreasing in the coming years? 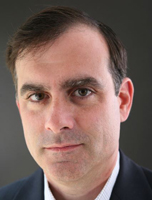 Andrew Schafer: It is true that respondents in this study were required to use eTMF technologies. That said, our respondents show unwavering preference for eTMF as compared to traditional paper TMF. These respondents pointed to the fact that adoption will be increasing over time. One of the interesting findings is regarding the awareness of eTMF providers. When ISR first released our eTMF report back in 2016, the average awareness hovered around 10 percent per provider. In 2019 that awareness level increased to an average of approximately 20 percent. That tells us that eTMF vendors have done a good job of getting their name out to the industry.

Miseta: A majority of respondents (88 percent) reported using their eTMF technology at least monthly, and more than half reported using it daily. Has the way this technology is being used evolved over the last few years?

Schafer: I think it has, and I believe that has to do with the penetration of the technology. We all know that just because one part of a sponsor or CRO company uses a technology doesn’t mean there is enterprise-wide adoption of the technology. So, as more trials (not to say sponsors or CROs) get placed one a study with eTMF technology, the use of this service is increasing.

Miseta: Eighty percent of respondents noted an eTMF application is being used as their company’s primary document management solution. How has that number evolved since your last report, and what does it mean for other document solutions?

Schafer: I think it is safe to say that those numbers do not bode well for other document management solutions. In fact, that adoption figure has increased substantially since ISR’s 2016 report. Things can always change, but at this time It seems highly unlikely that any other document management solution will supplant eTMF solutions anytime soon.

Miseta: Two-thirds of respondents have formal preferred provider agreements with eTMF software vendors. What software vendors are currently getting the lion’s share of the eTMF business?

Schafer: To get the answer to that question we would prefer that you read the entire report. However, I will say that in 2016 approximately 50 percent of respondents indicated their organization had official preferred provider agreements in place for eTMF vendors. In 2019, that percentage rose to 65 percent. The companies who are on those lists are getting most of the business. Unfortunately, If you’re not on the list, then you’re not on the list.

Miseta: Today, only 22 percent of respondents reported providing their sites with access to contribute to eTMF files. In three years, that number is expected to increase to 51 percent. How will this impact the ability of sites to perform their jobs?

Schafer: That may seem like a challenge for sites, but we tend to think about it in a very positive fashion. The more data is shared, the more transparency we have. That increases the ability of each entity to help the other with performance and/or quality metrics. It can only be a good thing if data can be shared across the development continuum and across entities.