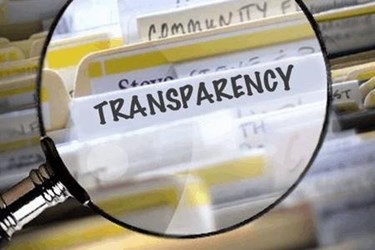 It’s a problem that clinical researchers have dealt with for years. A researcher has an idea for a study. They identify an existing data set, produced by other researchers, which would be ideal for that particular study. Although that data is not currently being used, the researcher is not able to access and use the clinical trial data because it is not being shared. This is a situation that Johnson & Johnson (J&J) is hoping to change.

J&J made headlines a year ago by launching a pilot program to change its approach to handling compassionate use requests. While people agreed and disagreed with the change, the decision to have an independent review panel consider requests made to J&J for compassionate use of investigational medicines was novel and allowed the company to take the lead in steering discussions around the right approach to the complex issue. The company also began working with the Yale Open Data Access (YODA) Project in 2014 to bring a similar approach to clinical data transparency.

As the Chief Medical Officer for J&J, part of Joanne Waldstreicher’s responsibilities is providing oversight of clinical and regulatory operations. She also has responsibility for the development of corporate ethical science, technology and research, and development policies, including those related to trial transparency and compassionate access. She promotes the core mission of J&J: Advancing the science that can improve lives around the world.

“Sharing our data from clinical trials with external researchers is one of the ways we believe we can accomplish that mission,” she says. “In 2014 we began partnering with the YODA Project on a pioneering data-sharing model. Under the agreement, YODA serves as an independent body to review requests from investigators and physicians seeking access to our clinical trial data. YODA, headed by the Yale School of Medicine, makes final decisions on data sharing.”

The partnership, announced in January 2014, represents the first time J&J has worked with an independent third party to review and make decisions regarding requests for clinical data.  Waldstreicher and Harlan Krumholz, leader of the YODA Project and director of the Center for Outcomes Research and Evaluation, have written a report on the partnership, which has been published in The New England Journal of Medicine.

According to Waldstreicher, within the first year 29 requests for data were received and reviewed. All 29 requests were subsequently approved. Preparations were also made to share data from another 129 trials with clinical researchers worldwide. Two papers are already in development from data that was shared via the YODA Project. “We look forward to seeing many more papers developed in the future,” she says.

A lot of discussion took place within J&J regarding the decision to grant ultimate data-sharing authority to an independent academic group. In the end, it was felt this was the most fair and unbiased approach to take. The decision was based on what Waldstreicher cites as commonly agreed-upon principles. Those principles include:

“The research community has made great progress in data sharing, but we are still at the beginning of this transformation,” state Drs. Waldstreicher and Krumholz. “We believe the ultimate measure of our success will depend on whether or not this approach creates a culture of openness on par with those of other scientific disciplines. We are obviously hopeful this decision will increase the volume of high-quality medical science and help researchers working in clinical practice.”

Waldstreicher is quick to add that others are also working on endeavors to grant greater access to data and increase transparency in the industry. She notes a number of approaches are being examined, and the information obtained from those efforts will ultimately help the industry determine how to best share data. She believes that collaboration by all stakeholders, including sponsors, academia, patient groups, and governments, is essential to developing workable solutions that will advance science, medicine, and public health.

In 2015 the National Institutes of Health announced its intent to make public the digital data from its funded studies. The pharmaceutical industry has articulated principles that support data sharing, and sponsors are beginning to implement programs to make their data assets available. Waldstreicher notes that regulatory agencies, most notably the European Medicines Agency, are requiring greater sharing by companies seeking to market drugs. Organizations such as the World Health Organization and the National Academy of Medicine have also released reports calling for responsible sharing of data. For example, the Bill and Melinda Gates Foundation has a policy stating that data underlying published results be made available and open immediately.

“Like many scientists in other fields, clinical researchers can embrace greater data sharing in a responsible way that minimizes risk and maximizes benefit,” adds Waldstreicher. “I think that together we can further our understanding of diseases, expand the knowledge base needed to develop new treatments, and ultimately generate new insights and more complete evidence that will enable better healthcare decisions for patients.”