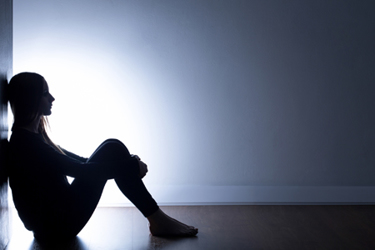 Janssen is currently developing new treatments for patients with depressive disorders. The company is focused on patients with treatment resistant depression (TRD), or patients who did not have success with existing drugs. To help those patients, the company opted to take a personalized approach to the treatments.

“We came up with this approach out of necessity to move the field forward,” says Wayne Drevets, M.D., VP, disease area team leader at Janssen Neuroscience. “There has been very little movement in this space over the last several decades in terms of the discovery and development of antidepressant treatments with new mechanisms of action. Although there are many antidepressant products available, all are generally agents that enhance the effects of biogenic amines. We have not been able to get past those mechanisms and discover new treatments for patients who haven't seen improvement.”

Drevets notes a major depressive disorder diagnosis is based upon clinical symptoms and signs, yet it's non-specific to a particular disease biology. Criteria are used to diagnose psychiatric disorders. There are nine criteria for depression, and patients must meet just five to be diagnosed. Therefore, when patients are diagnosed with major depressive disorder, it puts them into a category that ends up being quite heterogeneous, both clinically and biologically.

“By using those criteria, we end up with a broad and heterogeneous group of patients,” states Drevets. “We then treat that wide swath of patients with similar antidepressants. Some respond to them, but there are large proportions who either don't get well initially or who experience some initial benefit but have depressive symptoms that remain.”

About half of people with a major depressive disorder who start on a conventional treatment will have that partial response. They'll get partly better but still have enough depressive symptoms that make it difficult for them to function. They are not enjoying life and remain a suicide risk. For that reason, a sizable proportion of that patient population is not well served by existing antidepressant treatments.

At the present time, all the drugs approved as adjunctive therapies for depression are anti-psychotic drugs. Drevets notes if atypical antipsychotic drugs are added to the treatment that made a patient partly better, a patient can experience further improvements. He believes, however, that adjunctive therapies with novel mechanisms of action in development at Janssen will also help those patients and may prove more helpful and better tolerated for some patients.

Janssen is actively investigating seltorexant, a selective orexin-2 receptor antagonist. Seltorexant has the potential to be the first adjunctive antidepressant treatment that allows a personalized medicine approach through the selection of patients based on easily identified clinical endpoints. Phase 3 studies are currently ongoing with FDA submission anticipated in 2023.

“This is how we've been approaching personalized medicine,” says Drevets. “We're trying to achieve more precise methods of drug discovery. We are also exploring ways that a clinician can identify people who may benefit from a particular new mechanism based on their biomarkers. That will allow us to evolve beyond simply looking at a patient’s symptoms.”

Drevets compares this approach to the progress that has been made in oncology.

“When I was in medical school the available treatments were largely cell poisons,” he states. “Other treatments being developed were also cell poisons, and at that point we had not really changed the overall mortality of cancer. But, over the years, personalized medicine approaches were able to segment patients based upon their tumor type and more recently the genetics of the tumor type. Scientists were able to develop more precise mechanistic treatments for those patients. That's what we're trying to do with patients who are not impacted by available depression treatments.”

Drevets notes regulators are supportive of these new types of treatment approaches. They have also approved new rating scales that can be used as the end point in clinical trials. Drug developers need to be able to show patient improvement on one or more of those scales.

Nevertheless, the current endpoints for showing antidepressant effects are limited to two scales. One is called the MADRS (Montgomery Asberg Depression Rating Scale) and the other is called the Hamilton Depression Rating Scale. Sponsor companies can opt to use either one as their endpoint to show improvement in depressed patients. A challenge to the development of antidepressant treatments with novel mechanisms, however, is the MADRS was specifically designed to be sensitive to symptoms that improved during treatment with selective serotonin re-uptake inhibitors, and the Hamilton Depression Rating Scale was designed to pick up improvement in symptoms that are improving during treatment with tricyclic antidepressants.

These outcome measures were designed to be most sensitive to the improvements realized by the older classes of drugs. Yet companies must use them to show that a new treatment is benefiting patients in a way that's either complimentary or better. Drevets notes that has been one of the impediments to making progress in this personalized medicine approach in psychiatry.

“We tested the treatment in patients who had major depressive disorder and were at risk for suicide based upon having both suicidal ideation and some level of intent to act on it,” notes Drevets. “Our studies showed rapid improvement in depressive symptoms in that population. As a result, we worked with health authorities and academic experts in suicide risk to develop a new rating scale that focused on the symptom improvement time specifically for suicidal ideation and intent as a secondary end point in patients with high risk of suicide.” Nevertheless, Janssen’s new treatment did not show a significant difference on this newly developed rating scale relative to enhanced standard-of-care treatment, so the approved indication for the new treatment is limited to the rapid reduction of depressive symptoms in such patients.

The Search For Patients

The first step in helping patients with TRD is identifying them. Janssen focused its search on patients who were resistant to at least two treatments from the existing classes of drugs for a period of about six weeks, which is the FDA definition of patients who are treatment resistant. Those classes are selective serotonin reuptake inhibitors and selective serotonin and norepinephrine reuptake inhibitors. The compound developed by Janssen acts on glutamatergic systems, a different chemical pathway.

Having to identify patients who did not have success with prior treatments did make the recruitment process more challenging for Janssen. It certainly meant more patients needed to be screened to identify the right subgroup of patients who would be most likely to benefit from the trial.

“We ended up finding a number of ways to identify the patients who are most likely to respond to treatments with novel mechanisms,” says Drevets. “For example, the easiest way to identify the patients most likely to benefit from seltorexant is to determine whether a patient is showing both persistent depressive symptoms despite current antidepressant therapy and evidence of hyperarousal, as manifest by the fact that they're not able to engage in restful sleep. They either have difficulty falling asleep or staying asleep, or they experience restless sleep during the night.”

The patients who are in the moderate to severe depression range despite having received a conventional antidepressant drug for at least 6 weeks are candidates for adjunctive therapies. Janssen felt those patients that manifest hyper-arousal were the ones who would more specifically benefit from the selective orexin-2 receptor antagonist based on the key role the orexin system plays in arousal behavior. For those patients, Janssen was able to show, in proof-of-concept studies, improvement in sleep and other depressive symptoms that reflect hyperarousal.

One aspect of recruitment that worked in the company’s favor was the relatively lower placebo effect size shown by patients who have already been receiving an antidepressant drug but have experienced an inadequate clinical response from that treatment.

“Placebo effects are present in almost every clinical trial,” says Drevets. “They are especially challenging in depression studies. By recruiting patients who have been treatment resistant or at least partly resistant in the past, it gave us the advantage of having people that seem to show less of a placebo effect. That helps to show that your drug has a true depressant effect.”

Drevets believes the Janssen approach will be a significant factor when treating depressed patients in the future. He notes other companies are looking into a similar personalized medicine approach.

“This is an important way forward in psychiatry,” he adds. “Emerging science has identified new mechanisms in brain circuits that will help us identify those treatments that can improve specific depressive symptoms that prove resistant to currently available antidepressant treatments in some patients. Although this field had been at a standstill, these new developments will help us uncover treatments with novel mechanisms. The use of biomarkers will help in this space, and we're increasingly trying to use digital health tools and data science approaches to learn about those subgroups of patients who are more likely to benefit from new treatment mechanisms.”