Janssen Study Shows How To Create Patient Diversity In Trials 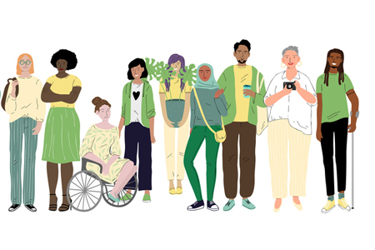 Patient diversity is a problem that exists in clinical trials. Participants across all therapeutic areas have tended to be Caucasian and male. With the FDA now pressuring pharma companies to run trials with patients who better resemble the overall population, a scramble is on to make trials more diverse.

The FDA guidance on patient diversity does not specifically dictate what companies should do to make their trials more diverse. However, it does state trials should recruit patients that represent the population that has the burden of disease in the real world. Failing to recruit a representative patient population may result in firms having to conduct additional research, which could delay the launch of a product.

Janssen has officially had a diversity and inclusion in clinical trials initiative in place since 2019, but has been applying it for several years at the study level. The new initiative now allows the company to apply the approach across the entire organization, thereby embedding it as a way of working versus a one-off approach. The recent LOTUS trial conducted by Janssen provides a glimpse at how the initiative can work to help the company accomplish its diversity goals.

A Plan For Success

Lauren Gadsby is a program manager who led the design and implementation of a successful diversity & inclusion strategy for Janssen’s LOTUS study. “The initiative looks at trials being conducted to make sure they are inclusive,” she says. “We want to make our trials as diverse as possible, and our LOTUS study really helped us see what good diversity could look like. I feel we were able to dispel the notion that minority patients are not interested in clinical trials.”

LOTUS focused on a treatment for lupus. According to Cassandra Smith, director of diversity & inclusion in clinical trials at Janssen, some of the work on the LOTUS trial preceded the broader initiative. Still, the two projects are tied closely together.

“The team working on the LOTUS study looked at the diversity problem and questioned how it could be fixed,” she says. “They tried to define what good diversity in a trial would look like, and then asked how that could be achieved. They also wanted to know if a diverse patient population could be recruited without increasing costs and delaying clinical trial timelines. LOTUS was truly a myth buster and the lessons we learned are now being shared and implemented throughout the organization via our diversity and inclusion in clinical trials initiative.”

The diversity and inclusion in clinical trials initiative is exploring broad cultural changes that must happen around the organization to increase the trial participation of women and minorities. However, individuals working on the LOTUS trial already knew diversity would be important to this trial and this particular patient population.

“Some of that success had to do with the team recognizing that lupus primarily impacts women of color,” says Smith. “They were committed to the cause and did not want their trial to look like the status quo. Nobody needed to convince them that this was the right thing to do. They faced hurdles during startup but the team pre-identified challenges and put mitigation plans in place, which included outreach to the community. By doing so, they were able to achieve their goals.”

Gadsby adds that lupus is two to three times more prevalent in women of color, which creates a sizeable health disparity. She notes an example of a lupus treatment that was approved by the FDA without robust data on efficacy in a diverse population. The company sponsoring those trials was required to conduct additional post-marketing research, which found mixed results on the treatment’s efficacy in the African American population.

To ensure they met the requirements of regulators and targeted the right demographic, the LOTUS team set ambitious recruitment goals. Once the goals were set, the team conducted research to see if they could be met. The efforts including speaking to patients in an attempt to better understand their needs. Early on, it became clear that accessibility to clinics would impact recruitment efforts.

Enabling broader participation would mean engaging with clinics that were in close proximity to the patient population. That meant engaging with clinics Janssen had not worked with in the past. For patients who lived farther away, a transportation assistance program was put in place to facilitate travel. Educating patients and gaining their trust was also a key component.

“We created educational programs aimed at sites and investigators,” says Gadsby. “We had a message to get out to patients. We needed them to understand the prevalence of the disease in their demographic and why we needed diversity in this trial. We also wanted them to know that we needed their help. We were asking sites, investigators, and patients to tell us how we could best enable them to participate.

Janssen knew it had to research sites and partner with those that had a history of enrolling diverse populations. Those sites offered the highest potential for helping Janssen reach its diversity goals. The company even worked with a vendor that was tasked with supporting those sites and approaching local community organizations and physicians to share information about clinical research and the LOTUS study.

The LOTUS team was able to meet the established timelines and met all of its recruitment goals. Although Janssen is proud of the accomplishment, there are areas where Smith acknowledges the company and the industry still have the opportunity to improve.

“There are some trust issues that exist in the African American community,” states Smith. “But that's not the only reason why minorities are not participating in trials. They are also not participating because of a lack of familiarity with trials. This problem is a result of how the industry has conducted research in the past.”

According to Smith, pharma companies tend to keep engaging with known sites they may have used in the past. Companies have standard contracts with those sites, have a good rapport with them, and know how long it will take to get them up and running. Moving away from that comfort level and engaging new sites will require an internal culture shift around how companies think about site selection.

“We cannot continue with that behavior,” says Smith. “There is a certain amount of risk in reaching out to sites you have not worked with in the past. They may or may not have experience working in clinical research. But we need to engage with sites that serve minority populations. If they don’t have experience, we need to develop a strategy to help them get it and support them through the process.”

Smith notes Janssen is taking a close look at itself to see what the company can do differently to overcome its established site selection behaviors. The change may occur gradually, but she believes her company and its employees have the power to make those changes internally.

For any initiative to be effective it needs a successful leader. An initiative like this also requires a self-starter and someone who was willing to be the executive sponsor, since initially the role was not officially created within any one department. Fortunately, Staci Hargraves, VP of portfolio management at Janssen was willing to take on that role.

“Along with other leaders across the organization, she was the person who put together the strategy and helped us drive it forward,” adds Smith. “We don’t want to wait for regulators to tell us what we have to do. We want a strategy in place that will allow us to find and engage diverse patients for our trials.”

There are many factors that needed to be combined together, and that was one of the key findings Gadsby notes from LOTUS. “We need to go to the right sites, create awareness, build trust, and make our studies accessible,” she adds. “Our success with LOTUS really came from combining all of that together into one strategy.”