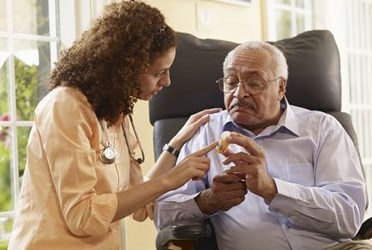 In healthcare, we know many medicines will not cure everyone with a “one size fits all” approach. A medicine can have a very different effect on women than on men, or members of one race versus another. So a drug tested in a clinical trial and approved by the FDA can have serious implications on the population at large if it was not properly tested for safety and efficacy on a diverse set of patients.

Patient recruitment has always been a problem for pharma companies, and to this day participation rates in clinical trials are very low. Into that mix you also have to factor in that many patients don’t even know they are able to participate in trials, and that many consumers do not come in with a positive perception of pharma companies. But even lower than the overall participation rates are the rates for certain demographic groups.

A study underway at the University of Kansas will try to determine why certain demographic and ethnic groups have been traditionally underrepresented in trials, and what pharma can do to better communicate the purpose and function of cancer clinical trials to these groups.

An alliance between researchers from the William Allen White School of Journalism & Mass Communications and the Health Communication Research Shared Resource of the KU Cancer Center and Midwest Cancer Alliance is attempting to determine the most important barriers to cancer trial participation for the elderly, racial minority populations, and those living in rural areas. The findings will be used develop a strategic communication plan designed to increase understanding of trials and encourage greater participation.

According to Joseph Erba, an assistant professor and co-investigator of the study, the study is addressing recruitment issues by determining how messaging about trials can and should differ based on the audience pharma is trying to reach. Researchers first conducted focus group meetings with oncology doctors and nurses, but then performed interviews with cancer patients at both an urban and rural cancer clinic. A public online survey was also conducted.

By examining respondent attitudes, beliefs and behaviors relating to cancer trials, researchers can determine why many are unaware of trials as a treatment option, others have not heard of them at all, and still others are aware of them but don’t understand the purpose.

Positive Perceptions Are A Plus

Erba has found that although only a small number of respondents could explain what a clinical trial was, nearly 30 percent still had a positive attitude towards them. About 25 percent perceived trials as a treatment only to be used as a last resort, while others expressed concern about the safety of trials. Being used as a human ‘guinea pig’ was also a concern, as was the possibility of receiving a placebo rather than the actual drug.

For those who were familiar with the term ‘clinical trial’, most had heard of it via commercials for services offering payment to participants, or through medical television shows such as House or Gray’s Anatomy. Only 25 percent indicated they had discussed trials with their physician. Additionally, although only a few respondents had participated in a trial, there was a level of altruism and willingness to do good that was common amongst them.

The key takeaway of the study was that there are three main barriers to trial participation: lack of awareness, lack of information from physicians, and information coming to patients via the media. Work is now ongoing to develop the strategic marketing plan, which will develop messages and distribution channels for two principal audiences: racial minorities in urban areas and white adults living in rural areas of Kansas.

Oncologists will also be engaged and provided with information and training to enable them to better engage patients in discussions about trials. Later the effort will be expanded to all partner clinics of the Midwest Cancer Alliance.

The findings from the initial stages of the study have been accepted for presentation at the International Communication Association conference in May in Fukuoka, Japan. Researchers will evaluate the plan’s effectiveness once it is in place.

“Research is increasingly focused on personalized medicine, thus we need to ensure that research participants represent our diverse populations,” said Dr. Gary Doolittle, professor of medical oncology at KU Medical Center. “As a matter of health equity, all individuals should be provided the same options for health care, including access to clinical trials. Research has shown that racial and ethnic minority populations are just as likely to participate in clinical trials if they are offered the trial as an option.”