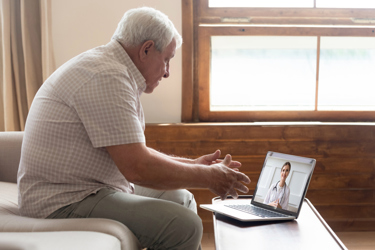 In 2014 Loxo Oncology was searching for new ways to treat cancer tumors in patients. Researchers at Loxo hypothesized that particular genomic events might drive certain tumors. If true, the company felt it could develop a drug that might selectively target one of those events. Doing so would allow the drug to inhibit drivers of the tumor while sparing normal cells, thus making it safer and more effective. That idea turned into the treatment now known as Retevmo, which recently received FDA approval. Retevmo is the first therapy specifically for patients with advanced RET-driven lung and thyroid cancers.

Eli Lilly and Company acquired Loxo Oncology in February 2019. At that time Lilly announced the formation of Loxo Oncology at Lilly, which would lead oncology research and development. That group is now proud of how quickly the combined teams were able to bring the treatment to patients. Retevmo entered clinical testing in May of 2017 and received FDA approval less than three years later. Jacob Van Naarden, COO for Loxo Oncology at Lilly, notes that was the most rapid approval timeline in the development of an oncology treatment for multiple indications.

“I think that rapid timeline speaks to a few things,” he says. “First, there is the clinical profile of the agent. When we put this treatment into patients, it caused a meaningful response in most patients. We showed tumors shrinking on CT scans in a durable way with a single agent therapy. In drug development, that does not happen frequently. When you discover an agent that can demonstrate those results, it is taken very seriously by oncologists and by regulators.”

Patient recruitment is always difficult, and having new, precision treatments does not make that task any easier. Van Naarden describes it as a different flavor of difficult. Retevmo was for a rare patient population. Lung cancer is common but RET-driven lung cancer impacts just two percent of all lung cancer patients. That equates to a small number of patients.

“That patient population makes a RET-driven cancer trial similar to a rare disease trial,” states Van Naarden. “Patients were also required to be tested to ensure a RET alteration was present.”

The small patient population forced Loxo to examine a variety of patient recruitment tactics. First, the company sought to partner with a broad range of clinical sites. The hope was that a large number of sites would reduce the distance patients would have to travel for a visit. Many sites do not perform biomarker testing, so Loxo opted to select sites that already performed those tests as part of their standard of care. That decision reduced the time required to get the test results. Finally, the company made a concerted effort to make its trial protocol patient friendly. Of paramount importance was the effort to reduce unnecessary visits to the clinic and sample collections.

“It’s easy to include certain visits or sample collections in a protocol just because that’s what you have always done in the past,” says Van Naarden. “We stepped back and looked at every visit and every sample collection and asked ourselves if they were needed to gather the data to meet our endpoint. Anything we did not deem necessary was eliminated. Anything additional that you do is simply a barrier to recruitment and retention and is not good for patients who are already undergoing a lot of stress and turmoil because of their diagnosis.”

Eliminating tests and clinic visits is not an easy task. On one side there is a desire to collect many data points to learn as much as possible about the drug and disease. On the other side there is a focus on the patient experience and only conducting tests that are truly necessary. Every trial protocol has a table called a schedule of assessments, which lays out what must happen to patients participating in a trial.

“That is what we looked at when we asked ourselves how many times a patient had to visit a clinic,” says Van Naarden. “Certain tests will provide us with great scientific information, and the scientists will tell you the tests have always been performed in oncology trials. One example might be a tumor biopsy done to determine a drugs effect on downstream signaling within the tumor. But that requires a patient to have a needle put into their tumor. The question we asked is whether we should subject the patient to that if it doesn’t impact what we ultimately care about, which is whether the medicine is shrinking the size of their tumor.”

That is just one example of the tests Loxo examined, but those biopsies are invasive and can have a significant impact on patients who have them performed multiple times. Biopsies of internal tumors, such as liver or lung lesions, can also put the patient at risk. Loxo works with patient advocacy groups when designing protocols, but Van Naarden notes the company also makes a point of including former principal investigators from medical centers on their clinical teams. Those individuals have firsthand knowledge of the frustrations of patients and are the best advocates for trial participants within the walls of Lilly.

“These are employees who were very recently on the other side of the fence,” says Van Naarden. “In their previous job they would receive a protocol from a sponsor company and have to think about how they would sell it to a potential trial participant. They knew what parts of the protocol would be met with resistance. By having those former oncologists working for us, we can hear firsthand what patients will not want to subject themselves to as part of their treatment.”

Testing Can Still Be A Barrier

The testing required for the Retevmo trial was another challenge for Loxo. Tests were required for patients to be admitted to the trial and access to these tests has served as a barrier to recruitment. Many insurance companies have opted to not cover the cost of them.

“That is a nihilistic battle we have been fighting for years,” says Van Naarden. “The situation is getting better thanks to involvement by pharma companies and regulators. Currently, the FDA is working with Medicare to create pathways that ensure these tests are reimbursed by Medicare. We believe that is a huge win for patients and we hope to soon see these tests performed at every local cancer center.”

Lilly is currently working with some of the largest diagnostic companies developing next generation sequencing products required to perform the testing. Two of the largest are Illumina and Thermo Fisher.

Lilly and Loxo also worked very closely with the FDA throughout this trial. Van Naarden found them very collaborative and believes the regulator can be your biggest advocate when performing rare disease trials.

“You can't get a drug approved on any timeline, much less a rapid one, without working closely with FDA,” he says. “The FDA is patient friendly. They want important new drugs to be approved quickly, and to make that happen they are also sponsor friendly. If your drug is effective and you can prove it, they will work with you to get it approved quickly, especially when it is for a life-threatening disease.”