Make QbD A Part Of Your Clinical Trial Process 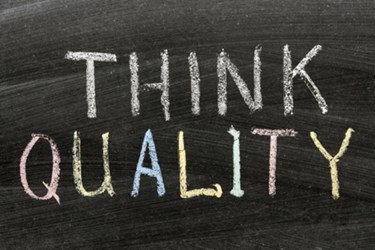 The letters QbD (Quality by Design) come up quite often in the pharmaceutical industry. On the manufacturing side of the house, it is an acronym that quality managers live by, for good reason. One quality misstep can mean FDA Warning Letters, supply disruptions, and medicine shortages. If a poor quality product makes its way into the distribution channels, it can also impact the lives of patients. But on the clinical research side of the house, it’s a term you don’t hear too often, even though these studies have a significant impact on patient lives. Coleen Glessner would like to change that mindset.

Until recently, Glessner served as the VP and Head of Clinical Trial Process & Quality at Pfizer, and was a member of the steering committee for the Clinical Trials Transformation Initiative (CTTI). Since making the comments in this article, she has joined Alexion Pharmaceuticals as VP, R&D Quality, but will continue to serve on the steering committee once Alexion becomes a CTTI member (which is currently in process). She believes QbD should be an integral part of every clinical trial, and soon could be via the efforts of CTTI. During her time at Pfizer she was working to implement the principles of QBD, and learned about the importance of quality firsthand. 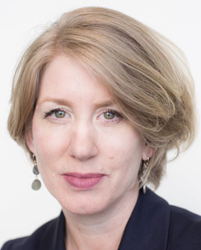 “The year 2010 was a bit of a difficult time for us at Pfizer,” she says. “We were operating under a FDA Warning Letter. Although that is never a pleasant situation for any company, I came away from it feeling really proud of the leadership of the company. They stepped beyond the day-to-day remediation that absolutely needed to be done, and actually created a plan for how to develop and execute better clinical trials. The hope was it would prevent us from ever getting into that boat again.”

In 2010 Pfizer performed a pilot with the agency on using QbD principles in clinical trials. As a result of that experience, QbD is something to which Glessner can connect and see potential. She notes it goes beyond reacting to problems that you already know exist, to actually preventing problems well in advance. It also involves thinking about where and how to properly apply your resources. The overriding focus is on solutions that have the potential to transform the industry. She believes QbD revolves around thinking about what you’re doing and why you’re doing it. She also feels these solutions have the potential to transform the industry.

Glessner notes there were several steps that the CTTI Quality by Design team went through in developing the QbD project. The first was gaining a proper understanding of the factors that mattered most to decision making (safety, rights, and well- being of trial participants, as well as data quality and reliability) and creating the Critical to Quality Factors Principles Document. That involved determining the critical to quality risks that personnel need to be thinking about in their clinical trials, and later determining if they got them right.

“Those principles were tested and refined through a series of workshops,” says Glessner. “I can’t speak highly enough about the power of those workshops. They actually involved putting materials into individual’s hands and testing them. Then after a period of time CTTI wanted to know whether the workshops were effective, and to determine that approximately 20 individuals were interviewed. These were deep, detailed interviews asking participants what they were able to take away from the workshops, what they were able to apply in their own businesses, and what problems continued to be a struggle for them.”

The final step was implementation. CTTI produced great deliverables, but Glessner notes ideas without implementation are nothing. The challenge was seeing them all the way through to serve CTTI’s mission of transforming trials.

Two major challenges were identified through the deep evaluations and interviews. The first was moving from principles to practice. CTTI created a great document, and produced some wonderful workshops. But participants still needed to know how to make it real in their own companies. And then, how do you teach it to others in the company and convince them that this is a better way to do things. The second challenge was the rise of cultural barriers.

“As you might expect, there seemed to be a fear of change,” says Glessner. “There is always the possibility of doing something a certain way, and then finding out the regulators don’t approve of the change. Others questioned how you overcome the organizational inertia of ‘this is the way we have always done it.’ Still others questioned how you understand the value and sell it to others. It is easy to see the cost of remediation, but it is often hard to quantify the costs avoided by good proactive quality planning. That makes it hard to sell people on the cost of doing things right.”

To answer the above questions, interviewees noted they wanted real world examples of how other companies have done it. On the CTTI website you can now see webinars detailing how others have instituted change in their own companies and academic institutions.

Interviewees also wanted the principles to be finalized and published somewhere so as to be available to anyone wanting to access them. Those underlying principles are now available on the CTTI website and have been for some time. They have also been submitted to a peer-reviewed journal for publication, which will include an explanation of the rationale and benefits of the CTTI approach, as well as the actual principles in a separate appendix.

Glessner notes that after four years of hard work, the CTTI recommendations are final and are ready for launch.

“The definition is holistic and states quality is an absence of errors that matter most to decision-making,” says Glessner. “That is, errors that have a meaningful impact on the safety of trial participants or credibility of the results, and thereby the care of future patients. This puts quality in perspective and explains why you are thinking about the decisions you are making. It is not just for the sake of quality. It is for achieving endpoints and outcomes on your clinical trials in order to get needed drugs to patients.”

CTTI has issued four recommendations. The first refers to creating a culture that values and rewards critical thinking and open dialogue about quality that goes beyond sole reliance on tools and checklists.

The second recommendation is to focus effort on activities that are essential to the credibility of the study outcomes. According to Glessner, this gets back to what matters most. Everyone wants to assure trials will be successful. As drug development becomes increasingly complex, this will involve always knowing where to best use limited resources.

Next is involving the broad range of stakeholders in protocol development and early discussions around study quality. “Everyone in your company who touches that protocol should be included,” says Glessner. “But don’t hesitate to go beyond the walls of your company. Patient input is absolutely essential since they will have to be a part of the trial. Investigators must be included because they will have to execute what you are creating. And if this is a new or novel area, have proactive dialogue with the regulators.”

Finally, prospectively identify and periodically review the critical to quality factors and risks. Glessner recommends taking the time to do it in advance, and know this is not a one-time exercise.

QbD has also developed a toolkit to facilitate adoption within companies that is available now on-line. The goal is to help individuals learn themselves, teach others, and then adopt. “We are giving you concepts of QbD and tools for educating,” she says. “We don’t want anyone to have to start from scratch, and the tools we have available for use will facilitate their efforts. They will help companies develop a culture for quality where everyone is rewarded and recognized for their approach to quality.”