Marriage Pitfalls In Strategic Partnerships – And How To Avoid Them 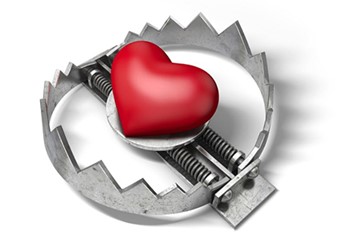 Strategic partnerships have changed dramatically in the last 20 years. Companies went from sending out large numbers of proposal requests to developing more capable networks of preferred providers. While some companies opted to work with a functional service provider (FSP) model, others preferred a sole service provider. Regardless of your model, one thing is certain: All of them will have their own issues and challenges. What’s important is how you choose to address those outsourcing challenges when bumps in the relationship inevitably occur.

At the SCOPE conference in February 2019, Jennifer Sydney Goldman, Director of Clinical Business Operations at Deciphera Pharmaceuticals, discussed her relationship with a global CRO, how it has evolved, and what it takes to make partnerships work.

“If you’re married, you know that problems will come up in that relationship,” says Goldman. “Just because problems occur doesn’t mean you shouldn’t get married. Problems will also arise in any outsourcing relationship. Those partnerships have value, and, like a marriage, you have to be willing to work through them in order to save the relationship.”

Goldman joined Deciphera in 2016 and was employee number 10. The small oncology company, which was running one Phase 1 study, consisted of a C-suite and a small clinical operations team. The company also had a CRO, which it managed via weekly meetings and checklists. Goldman notes it was a very tactical relationship.

Since then, the company has grown dramatically. Deciphera’s pipeline now includes two Phase 3 studies and two Phase 1b/2 studies, as well as the ongoing Phase 1 study and two preclinical programs. Despite this corporate growth, the clinical operations team has remained small and efficient. However, as the company grew, Goldman recognized the need for a partner that would help the company extend its capabilities.

“As we grew and continue to grow, we needed a partner to help us talk through the issues and complexities we faced,” states Goldman. “The checklist approach was no longer going to work. That approach is similar to having a list of chores you want your spouse to do. What we needed was a partner to talk through the issues. We needed to know what was done, how it was done, if it was done on time, and how it could have been done better. We are not a company that hands a protocol to a CRO and says, ‘Go implement this.’ Our needs were changing, and we needed to move into a more collaborative relationship with our partner.”

Work As A Team

The first thing Deciphera had to change was its way of thinking. Moving forward, ideas would have to be vetted as a team. Experts from both the sponsor and the CRO would need to come together to create achievable plans. Goldman felt the success of Deciphera’s clinical trials would depend on the teams to be able to challenge each other.

“As a small sponsor company, that can be intimidating,” she says. “When working with a large CRO, you’re nervous about challenging them on their areas of expertise. But sometimes you have the experience of having worked on another trial. If you are aware of a better way of doing something, you need to be able to share your ideas. Both sides need to know that it is ok to challenge what the other side is saying.”

Having those types of conversations means establishing clear communication pathways. Both sides need to know how you’re going to talk to each other. Will there be an executive steering committee? Who will be part of that committee? When will it meet, and who will set the agenda? These are all questions that had to be answered.

From experience, Goldman knew that some of these meetings took place quarterly, and simply rehashed everything that went wrong in the past 90 days. She did not feel that type of meeting would be useful or productive. She preferred a meeting that was more collaborative and focused on the more important day-to-day activities. She also wanted a joint operations committee in place that would empower operational teams to make decisions and move forward at the project team level.

“When you hit bumps in the road, you have to know how you’re going to address them and how to escalate them,” notes Goldman. “Everyone needs to know how you are going to act on these problems and, more importantly, how you are going to move forward. Setting up the right teams with the right personnel ensures everyone is on the same page and will know what to do in certain situations. Expectations must be aligned. Both sides need to understand each other’s needs and timelines, and everyone needs to know what is attainable and what is unrealistic.”

The Importance Of Budgets

Being a small company, Goldman also likes to emphasize the importance of budgets. From the very start of a trial, she likes for responsibilities to be clearly defined with clear and transparent budgets. This, she believes, is the best way for both sides to avoid surprises.

There is a lot of language in a budget that can be unclear. For example, in a month when there is a site closeout visit, does the sponsor still have to pay for a site management visit? If there is a change in the middle of a study, who is responsible? Goldman doesn’t want to have to start renegotiating. These possible scenarios should be spelled out in the budget. If a CRO must do more work, she is willing to pay for it. But she doesn’t want to pay for situations that are beyond her control.

“Changes in scope are very important,” says Goldman. “They can also get you in trouble. I have been in meetings where a study team will say they need something. The CRO will say, ‘We can do that.’ Then everyone leaves the room happy. Later, you get an invoice for the additional work, and realize the changes were never put into writing, and the additional charges were never discussed. In addition to that, I also recommend periodic financial reviews. We are currently performing them monthly. Although I could probably move them to quarterly, I believe it is important for both sides to understand how we are performing financially and whether we are sticking to the budget.”

Change orders are the bane of any clinical operations executive. Goldman believes they are inevitable, like death and taxes, and are the number one cause of problems in any partnering relationship. Goldman acknowledges many are due to changes at the sponsor company. Adding a country or adding sites to boost enrollment, for example.

“In many relationships, both sides wait for the change to happen, and then start blaming each other,” she says. “That’s the wrong way to handle it. You can create very smart contracts from the very beginning assuming certain changes might happen and properly account for them. If you contract to enroll 600 patients but then enroll 650, that is a clear change order. Develop a budget that can account for possible changes, e.g., change in enrollment, such that it’s as clear as possible what will change with minimal or no renegotiation of the costs. Changes must be put in writing.”

Goldman believes one factor that makes this partnership so successful is the alliance manager in place at the CRO. The relationship is multifaceted due to the number of ongoing trials. The alliance manager has an operations focus and watches over everything in a study that is tied to milestones and key performance indicators set forth in the contract and/or at the governance level. Goldman meets with the alliance manager every other week. She also has a finance contact that she can reach out to directly for any questions pertaining to the budget and all other financial matters.

When all is said and done, for both sides to live happily ever after, the partnership must be mutually beneficial. There needs to be commitment on both sides, and the relationship must be built on mutual trust and respect.

“Both sides must be on the same team,” adds Goldman. “This is not a competition with two teams working against each other. The partnership must be a joint, collaborative unit. You must look at your CRO as a colleague and not a vendor. You also have to realize that, like a marriage, it takes time to develop a good relationship. I have a counterpart at our CRO partner. We started out having a tit-for-tat transactional relationship, but it grew from there. We are now colleagues and good friends. Eventually you start to understand each other and that is how relationships evolve. No matter who you’re working with, you must find a way to get along. Divorce is expensive, it wastes time, and is no fun for anyone involved.”