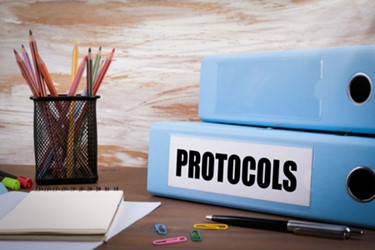 Over the last few years there have been increased discussions in the industry around a master protocol approach to clinical trials. Lori Carman, VP of clinical operations at CytomX Therapeutics, believes those discussions have really accelerated in the past year. This has been spurred on by the FDA, which in September 2018 released draft guidelines on this topic for the industry.

The draft guidelines are titled Master Protocols – Efficient Clinical Trial Design Strategies to Expedite Development of Cancer Drugs and Biologics and provide recommendations to sponsors that hope to run several related oncology studies concurrently under a master protocol. The FDA defines a master protocol as “a protocol designed with multiple substudies, which may have different objectives and involves coordinated efforts to evaluate one or more investigational drugs in one or more disease subtypes within the overall trial structure.”

It’s believed that master protocols will give sponsor companies the ability to expand the reach of their oncology clinical studies to observe safety and efficacy in multiple subtype populations, disease subtypes, drug combinations, and/or dosages. The primary benefit for drug companies is the ability to concurrently evaluate multiple studies that may have different objectives, saving both time and money.

The FDA guidelines describe two types of master protocol designs. The basket trial design tests a single oncology drug in various populations. With this approach, each substudy should include specific objectives, the scientific rationale for inclusion of each population, and a detailed statistical analysis plan that includes sample size justification and stopping rules for futility. The umbrella trial design is used to evaluate multiple investigational oncology drugs in a single disease population. The FDA advises appropriate dosages be established for each investigational drug in Phase 2 studies prior to evaluation of the drug in a master protocol. For this approach, the FDA strongly recommends the control arm be the standard of care (SOC) for the target population, noting that SOC may change over time. An October 2018 article on HealthLawAdvisor has additional information on both design types.

“The master trial protocol is really just the evolution of how we perform trials,” says Carman. “It is a way for drug developers to bundle treatments and garner economies of scale. In the past, we would conduct a Phase 1 trial, then move on to a Phase 2, and eventually a Phase 3 trial. Then we started adding letters to the mix, so we would have a Phase 1A trial or a Phase 2B trial. Every one of these trials would require a different protocol and other paperwork. With a master protocol basket trial, a sponsor company can place all of those trials under the same protocol.”

From the perspective of the sites, the benefits are real. In conducting a trial, sites must negotiate budgets, sign contracts, and submit CVs. A master protocol simplifies the entire process and allows sites to spend more of their time working with patients.

“For us, the basket approach was a way to bundle all of our programs together across our entire portfolio,” says Carman. “It is more efficient for us. Sites are happy because the result is significant time-savings for them. Physicians are also happy because they have greater access and availability to trials for their patients. It’s truly a win/win situation.”

The primary benefit for sites is a reduction or elimination of duplicate efforts. For example, if the umbrella trial design is used, there is no difference in protocol from one study to the next. That means sites will not have to adapt to changes in studies between one sponsor study team and another. Sites will not have to retrain investigators and staff every six months when moving from one trial to the next. The reduction in redundancies results in significant cost savings as well.

Some might scoff at the idea of placing two ongoing trials at the same site, noting that a sponsor would, in effect, be competing against itself. Others worry that this approach might tend to anchor a sponsor to a group of sites that might fail to live up to expectations. Carman brushes off both concerns.

“First of all, I would respond to the first question by stating that I would rather compete with myself than with another sponsor company,” says Carman. “There are only so many trials a site can conduct at one time. If this is a site I have opted to work with, I prefer that it be working on multiple trials under my master protocol than on protocols from other sponsors. When we began targeting sites, we looked at institutions that we felt were the best fit for any of our compounds. So, going in, we knew we were contracting with sites that were the best option for our products.”

The second concern relates to issues that could arise if you contract with a nonperforming site. This is another issue that does not concern Carman. Even with a master protocol approach, she works with many sites and does not feel the company has too much riding on any individual site. If she determines a site is not performing up to expectations, she will not hesitate to engage in those difficult conversations. If a problem arises that cannot be resolved, she will not hesitate to end the relationship with that site.

The time-savings for sites are a nice feature of this approach. But, while a master protocol will alleviate a lot of the paperwork that must be completed between sponsors and sites, Carman notes the benefits actually go much deeper. The master protocol is one document. A common core document covers the protocol and lists everything that is specific to any compound. When the company is ready to launch a new study, it will append an additional document to that core document with specifics about treating patients with that compound.

TRULY BECOME A SPONSOR OF CHOICE

I have had many discussions with companies about becoming a sponsor of choice to the sites they work with. Yet in all those discussions the topic of a master protocol never arose. When you consider the time and headaches this approach can alleviate, it seems to be a natural consideration for those companies wanting to be a better partner to their sites.

“As an industry, we seem to treat our sites as vendors rather than real partners,” adds Carman. “We rarely stop to ask them what we can improve on or how we can make their lives easier. Patients get enrolled in those studies that are recommended to them by the coordinators and staff members at the sites. That’s a simple fact. Sponsors will complain about enrollment but rarely take the time to find out how they can help sites. You need to focus on those partners and treat them as true stakeholders. Once you start to treat them as valued partners, the relationship and your studies will improve.”