Needed: An AI Revolution In The Rare Disease Space 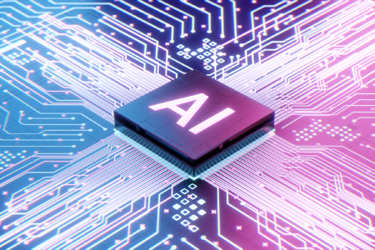 Quris is involved in the rare disease space. The company has developed a treatment for Fragile-X Syndrome, the most common inherited cause of autism and intellectual disabilities worldwide. Isaac Bentwich M.D., the founder and CEO of Quris, believes the rare disease space, in general, is a difficult one to navigate. Fragile-X Syndrome itself has many challenges, and he notes Novartis and Roche have both failed in attempts to develop a drug for it. Bentwich believes the biggest challenge companies face is financial.

“Right now, the tools available to pharma, and the approach they use, make it exceedingly difficult, if not impossible, to develop rare disease drugs,” he says. “The economics of drug development tell a good part of the story. It costs $2.5 billion and 12 to 18 years, on average, to develop a new drug. In the rare disease space, where there is a smaller number of patients, those numbers are simply unsustainable.”

Bentwich notes there are many rare diseases and a patient population of 300 million worldwide, but the cost of developing a treatment for any single rare disease is what is not financially sustainable. Sadly, even when a drug in development fails to gain regulatory approval, there is still an average cost of $1 billion to the sponsor company. That means any drug gaining approval must generate enough revenue to pay for all the failures as well.

To better illustrate the conundrum, Bentwich uses a real estate example. If you wanted a skyscraper, you would find an architect to build it for you. Suppose that architect agrees to build 10 skyscrapers that you must pay for, and nine of the buildings are guaranteed to collapse. Your challenge would be to collect enough rent on the 10th building to pay for the cost of that building and the nine others. Alternatively, if you knew which building would not collapse, you could simply have that one built and skip the others. Bentwich believes the current economics in the drug development space are similar. It is simply untenable for pharma to keep spending money to develop drugs that will fail. Companies need to determine which of 10 potential treatments will be safe and effective in humans.

“This conundrum is one of the reasons why pharma companies will gravitate towards blockbuster drugs,” he says. “It is the easiest way for them to cover the costs of drug development. It is also the reason many companies prefer to avoid the rare disease and ultra-rare disease space altogether.”

There are several reasons why a new drug might fail in clinical trials. One of the biggest issues faced by the industry is animal testing, which Bentwich notes does not accurately predict the safety of a drug in humans. He points to the FDA Modernization Act recently approved by unanimous vote by Senate, and now on its way to be signed into law, expected before year-end, as acknowledgement that animal studies are not a good predictor of success in humans. The Act will remove the requirement for sponsor companies to evaluate treatments on animals before administering them to humans.

In the rare disease space, there are not a lot of patients. This results in many studies being more expensive global trials. For many rare diseases, researchers also do not have access to a natural history of the disease. Combine those factors together, and you have a situation that is more difficult than the challenges faced in other therapeutic areas. Bentwich believes the solution to this problem is artificial intelligence (AI).

Ideally, we would want to know, before a trial begins, if a treatment will be safe and effective in humans. In addition to the expense, Bentwich believes it is inhumane to put patients through a trial for a treatment that will not gain regulatory approval. AI is a technology that can help researchers determine which molecules are likely to end in failure. To illustrate, Bentwich gives the following example.

“If you wanted to create an AI machine that discerns cats from dogs, how would you go about it?” he asks. “You can take 500 cats and 500 dogs and run them through a scan that looks at different properties of these animals. The scan could look at the fur, tail, head, teeth, and paws of a group of animals. You scan 500 cats and look at those factors, and then scan 500 dogs and look at the same factors. By the time animal number 1001 is scanned, the AI will be able to tell you whether it is a dog or a cat.”

A technology known as Bio-AI uses patients-on-a-chip, which allows researchers to view miniaturized human tissues and organs on small chips that are less than a millimeter in size. Those researchers can then apply known drugs to those chips, rather than evaluating them on mice, and train the AI to recognize the difference. That is the essence of what Quris is trying to do.

“We are combining three disciplines: patients-on-a-chip, stem cell genomic diversity, and AI,” says Bentwich. “This will allow us to determine which drugs will be safe in the human body. We can run the test on many different patients on a chip and train the AI, like the dog/cat example. If we show the AI 500 drugs that are safe in humans and 500 drugs that are not, when we show it drug number 1001, the AI will be able to tell us if that drug will be safe in humans.”

Quris was able to look at 1,036 drugs that FDA has classified over the years by their level of toxicity to the liver. These drugs went through invitro testing, animal testing, and clinical trials and seemed fine, yet some were still found to be toxic in humans.

“Those 1,036 drugs are our dogs and cats,” says Bentwich. “We know which are toxic and which are not. We run them on our platform, all the mini patients-on-a-chip, and let the AI study them. When an unknown drug comes along, we run it through the same platform and ask if it looks more like the toxic drugs or the non-toxic ones. We believe this approach will be the next generation of addressing rare disease drug development.”

A New Solution Is Needed

Although Quris started out as a drug development company, Bentwich notes he was intrigued about how drugs are developed, especially in the rare disease space. The conundrum in that space became clear to him and he knew there had to be a better way of determining which treatments would be safe in humans. That problem led to the development of a technology solution.

The platform the company is using was developed entirely inhouse, and one that he says was developed out of necessity. He uses the company’s development of Fragile-X as an example. This is a disease for which there were no mouse models. A different approach was needed, and the patients-on-a-chip model, combined with AI, seemed to be the best solution.

The AI expertise needed already existed inhouse. Bentwich is a medical doctor by training but has spent many years working on AI and other technology solutions for the life sciences industry. To develop the capabilities, Quris brought in technology experts from different domains including miniaturized biology engineering and machine learning to develop this capability.

Other pharma companies may also be interested in using the technology to predict the success or failure of their own drugs. Bentwich notes Quris will make it available to other pharma and biotech firms to maximize the impact of the technology. “We will make it available to any companies that have an interest,” he adds. “We believe the impact of this technology will be felt around the wo