NeuBase Prepares To Face The Challenges Of A Rare Disease Trial 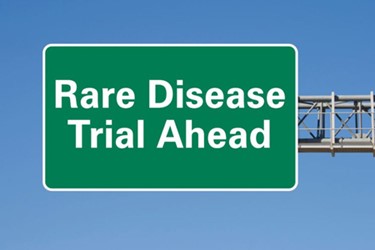 NeuBase Therapeutics is a preclinical pharmaceutical company that is hoping to help patients overcome Huntington’s disease, myotonic dystrophy, familial Parkinson’s disease, and other rare diseases. While a small number of patients are impacted by any rare disease, collectively these diseases impact 10 percent of the population, or 700 million people across the globe. While gene defects cause many of these patients to suffer and die, only around five percent of them have an available therapy. And some of those are not effective.

“The Human Genome Project really got things rolling with the publication of the draft human genome sequence in 2001 which promised the development of new treatments for many of these patients,” says Dietrich Stephan, CEO of NeuBase. “Today there is a wave of companies developing genetic medicine products that are actually helping patients. We like to think we are going to grow into one of those companies.”

The first disease NeuBase is attempting to address is Huntington’s disease, a genetic ailment inherited in a dominant way. Generally, one parent is affected, and 50 percent of their kids will inherit that gene. A child that inherits the gene will start having trouble walking, talking, and thinking when they reach middle age. The disease will eventually take their life, and there is no treatment.

“These children will often grow up not knowing if they have the gene,” says Stephan. “Sometimes they will visit an underground genetic testing facility because they don’t want the diagnosis to impact their ability to get health or life insurance. Although a federal law prevents insurance companies from denying coverage to patients with a gene-positive mutation, the diagnosis can still present insurance issues for patients. And, for a healthy 20-year-old person, this is essentially a death sentence.”

Myotonic dystrophy is another disease NeuBase is addressing. That disease also impacts the brain, like Huntington’s disease, but also affects a patient’s muscles and other tissues in the body. It is also dominantly inherited and begins showing symptoms early in life.

It's Difficult To Find The Right Patients

Although these two diseases are rare, they are not difficult to diagnose. This is due to the symptoms being so dramatic and unique. Stephan notes a clinician could easily diagnose a patient with myotonic dystrophy simply by observing their features. There is also a simple blood test that can be used to get a definitive diagnosis.

A patient diagnosed with either disease may be able to enroll in a clinical trial to test a NeuBase treatment by the end of 2021. Between now and then, there are several challenges the company will need to overcome. The first, as is usually the case with any rare disease, is patient density and access. Most rare diseases will have a small patient population that is geographically dispersed, which means recruitment takes place globally, across designated centers of excellence specializing in the disease. Patients often need to fly into those clinics, which makes patient recruitment difficult at best.

The second layer of complexity has to do with the diagnosis. NeuBase would like to eventually run trials on patients who are not yet showing symptoms. For pre-symptomatic patients, a test will reveal if they have the gene mutation. Getting a patient on the treatment before they begin to show symptoms would allow them to be treated prior to cells and tissues being damaged irreversibly.

Unfortunately, patients who are pre-symptomatic are generally not known to the centers of excellence, nor are they listed on any patient registry. There are two methods of discovering if a young person has the gene mutation prior to the development of symptoms. The first method is a parent being diagnosed with the genetic mutation. This will often happen when a parent is in their 50s, after they have already had children. By then the children will generally be in their late teens or early 20s. Although those children will appear healthy, half of them will carry the gene.

“There is a wonderful group called The Huntington’s Disease Youth Organization,” states Stephan. “It’s been around for about five years. The organization is comprised of young individuals who have banded together and become activists to try and drive clinical trials for pre-symptomatic gene-positive patients. Their parents have already been diagnosed, so that is one potential source of pre-symptomatic patients.”

A second method of identifying patients, which has not yet been rolled out, is via newborn screening. For example, some states will offer genetic testing at birth for cystic fibrosis, which is currently the most common rare genetic disease. That type of test would enable physicians to detect the disease early.

“The hope and promise are that at some point in the near future, now that we can sequence an entire genome for less than $1,000, is to sequence every baby at or before birth” says Stephan. “We could then diagnose these rare genetic diseases early and develop a care plan for their lives. Unfortunately, that is not yet in production at scale.”

Will They Want To Know?

There is an even more difficult question that arises when dealing with young people who have a fatal ailment. If there is currently no treatment available for them, will they want to know? And, will their parents want to know?

“I often speak to audiences of people, and I ask them that question,” says Stephan. “Would you want to know right now if you have a mutation that will cause a lethal genetic disease, given there’s nothing we can do about it? Generally, about half the audience will raise their hand. The ones who want to know believe that information will allow them to plan their lives differently. Some would want to know so they can go out and live their lives to the fullest. Others would make sure they’re saving money appropriately for their future care. The other half believes in the absence of a treatment, they are better off not knowing.”

Stephan will then ask how many would want to know of their illness if there was a therapy available that could prevent or delay the onset of the disease or prevent suffering and death. When asked that question, almost all hands will go up. Most are willing to voluntarily undergo the genetic test.

NeuBase has settled on the clinical end point it will pursue. The company will also measure the mutant Huntington protein levels over a period of time and determine if those levels decline.

“We are all searching for a biomarker which, if you knock down that mutant protein through therapy, will predict whether a patient will get the disease, or will get better if they already have it,” says Stephan. “In addition to standard clinical endpoints, using biomarkers is a second level of determining if the treatment is effective. For Huntington’s disease, there is a biomarker (mutant Huntington protein) that is of interest, as well as several early brain imaging ligands which we hope will evolve rapidly to show correlation with clinical progression and be accepted by regulators. Many researchers working on rare diseases could rely on biomarkers as surrogate measures for a clinical readout.”

Still, this brings up the potential problem of enrolling people simply based on symptoms. If a group of heterogeneous patients are given one treatment, not all of them could be expected to react to the drug. That means NeuBase will need to work with a group of genetically homogenous patients for its trials, which adds another level of difficulty to the recruitment process.

NeuBase is developing its treatments with the patient in mind. Whether or not a healthy young person is willing to undergo an experimental treatment may well depend on how difficult it is to take.

Infusions over a 20-year or 30-year time frame, which puts a drug into a patient’s brain, may not seem appealing to a young and healthy person. It could easily change their mind about wanting to take the treatment, or even learning the results of their genetic test.

For that reason, NeuBase is attempting to develop a therapy that will consist of an intravenous infusion or perhaps a pill taken once daily, weekly, or monthly. Another option might be an injection administered under the skin every few weeks. Stephan is adamant about the therapy being easy for patients to take and tolerate. He also wants a therapy with no side effects. If the side effects are unpleasant and will occur over decades, patients might again prefer to not be take part in the trial.

“I can’t speak for every company working on a similar treatment, because every company is going to have a different modality, different dosing and formulation, and different side effect profile,” notes Stephan. “I can tell you that NeuBase is driving towards a systemic administration of the treatment, so either IV, subcutaneous, or oral. That is a very different approach than other companies that are working on treatments for Huntington’s disease. We have not locked down that delivery method, but the overall goal is a therapy that is easy to administer and with few side effects.”

Stephan believes cells in the brain of a Huntington’s patient will start to die a decade before the onset of symptoms. With that in mind, he would like to see a patient start on a therapy while in their 30s and 40s, to stop the progression of the disease and prevent the symptoms from manifesting. That would be his ideal therapy, and the one NeuBase is attempting to develop. Post approval, he would also like the treatment to be something patients or caregivers could purchase from a pharmacy and administer at home.

“The drugs we’re developing are fairly unique and they fit into the category of anti-sense oligonucleotide therapeutics,” adds Stephan. “There are a couple of other companies working in this space, but I believe our technology will have the benefit of being administered systemically and will get into the brain where a lot of these rare genetic diseases manifest. That would bring a long-awaited treatment to patients.”