New Manuscript Examines FDA's Use OF RWE In Drug Approvals 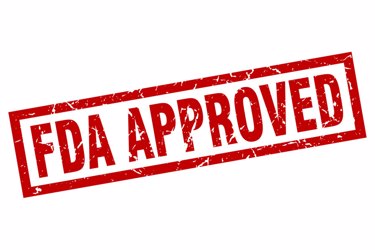 The FDA review process for new drugs has transformed over recent years, resulting in faster and more efficient approvals. One aspect of that transformation is the use of real-world evidence (RWE) to complement clinical-trial evidence. The introduction of the 21st Century Cures Act in 2016 has increased interest in the potential use of RWE in new drug approvals, but little has been shared on how the FDA is actually using RWE in their reviews.

A new manuscript, titled “Use of Real-World Evidence to Support FDA Approval of Oncology Drugs”, was recently published in Value in Health and hopes to share insights on that FDA process. The manuscript reviews five recent examples where RWE was submitted in support of the FDA approvals of original or supplementary indications for oncology drugs. The study found that, by bridging the gap between the constraints of the clinical trial setting and the realities of clinical practice, RWE can add value to a regulatory submission.

I took this opportunity to question lead author Bruce Feinberg, DO, VP and CMO at Cardinal Health Speciality Solutions about the findings and the implications they may have for future drug development and regulatory submissions.

Ed Miseta: The FDA review process has transformed in recent years to speed up the approval process. How has RWE impacted that process? 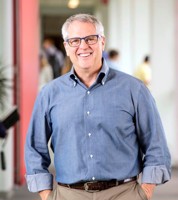 Bruce Feinberg: For most of my professional career, from the mid-1980s through the early 2000s, the process of getting a drug from the development bench in the lab to delivery at the patient bedside was, on average, twelve years. This reflected the time needed to complete the three sequential defined phases of drug development assuring safety (Phase 1), efficacy (Phase 2) and superiority (Phase 3) that would establish the drug for FDA approval, and there was very little variability or flexibility in the process. However, over the last decade, the FDA has evolved the regulatory process with revised methodologies like “cohort expansion” and “accelerated approvals” that have helped to reduce the approval timeline by half. At the same time, there has been a growing recognition that the process of collecting clinical evidence for new drugs also has needed to evolve. Clinical trial participants are statistically younger, healthier and less diverse than other patients, meaning the clinical outcomes in the real world often look quite different than they do in a clinical trial setting. RWE has emerged as a tool that can both give better insights into how therapies perform outside of the clinical trials, while also helping to support a faster approval process.

Miseta: What role did the 21st Century Cures Act play in the way we use RWE?

Feinberg: The 21st Century Cures Act, signed in December 2016, was designed to accelerate the development of innovative new drug therapies and bring them to patients faster and more efficiently. The Act was developed in response to today’s changing landscape in drug development where much of the research, particularly in cancer, is focused on genomic medicine and targeted therapies. With a swell of novel drugs in the pipeline, researchers and policy makers recognized that new approaches to research would be needed to rapidly evaluate the exponentially larger number of new therapies that would be in clinical trials. While RWE had been an area of interest prior to 2016, the 21st Century Cures Act formalized the need to use RWE as a supplement to clinical trial data for new drug submissions and label expansions, and issued a mandate to the FDA to develop a framework by which researchers could incorporate RWE into their FDA submissions.

Miseta: What was the thinking behind producing your manuscript, Use of Real-World Evidence to Support FDA Approval of Oncology Drugs?

Feinberg: Over the past decade, our RWE research group at Cardinal Health has focused on developing novel RWE research methodologies that better align with randomized controlled trials (RCT) outcomes to facilitate direct comparisons by regulatory authorities. The genesis of our most recent manuscript was a symposium that we conducted at the ISPOR U.S. meeting in May 2019, which was intended to explain the 21st Century Cures Act mandate to the FDA regarding RWE, summarize the subsequent FDA framework issued late 2018, and create context for the FDA rulings on the initial handful of submissions that included RWE. Following the meeting and a subsequent webinar, we were encouraged by colleagues to further explore the topic in a peer-reviewed manuscript.

Miseta: Your manuscript reviewed five recent examples where RWE was submitted in support of FDA approvals for oncology drugs. What did you find?

Feinberg: To identify cases where RWE was used, we reviewed drug approval packages available at Drugs@FDA for oncology drugs approved between 2017 and 2019. We selected five different cases that represented a range of different circumstances under which RWE has been used for regulatory approvals. At the 10,000-foot view, RWE is being used to support both original and supplementary oncology drug approvals. Sources of real-world data (RWD) used included data from electronic health records, medical claims, post-marketing safety reports, retrospective medical record reviews, and expanded access studies. Small sample sizes, data quality, and methodological issues were among concerns cited by FDA reviewers. But, despite these limitations, by bridging the gap between the constraints of randomized trials and the realities of clinical practice, RWE is adding meaningful value to regulatory submissions resulting in FDA approval. These early examples provide insights to researchers and pharma companies into how regulators evaluated the RWE submitted as evidence of efficacy for oncology drugs.

Miseta: Is this good news for drug approvals and companies making efforts to use RWE?

Feinberg: Yes. Integrating RWE into the drug development and approval process has the potential to reduce the time, cost, and patient burden associated with clinical trials while also providing clinically relevant information to all stakeholders. Of course, not everyone is convinced—some critics have continued to challenge to the use of RWE in regulatory submissions. For this reason, it is critical to remember the RWE process has scientific validity, is subject to stringent regulatory oversight, and is intended to supplement rather than replace prospective clinical trials,

Miseta: Was there anything you found that might surprise people?

Feinberg: The depth and breadth of RWE-supported submissions in the first year following the FDA framework and the near universal approval, albeit some on a repeat submission after initial rejection, was surprising to us and I suspect our readers. The findings suggest that trial design to incorporate RWE began in 2015 and 2016 and was likely based on the promise of the 21st Century Cures Act prior to the specifics of the FDA framework being announced. Regulators were being outpaced by researchers.

Miseta: What is the key takeaway drug sponsors should learn from this?

Feinberg: I think the most important observation is that the initial FDA RWE framework is a first step in an iterative process. Although the FDA considers each submission with RWE on a case-by-case basis, as the Agency continues to build its knowledge base and refine its understanding of the potential for—and limitations of—RWE, it is anticipated that the requirements for RWE to support regulatory decision making will become more stringent. To this end, the Agency is undertaking a series of demonstration projects to gain insight into best practices for studies generating RWD and to help inform guidance development. These include projects to assess study designs using RWD to support efficacy, to assess data collection and data quality of RWD from multiple sources for use in regulatory decisions, and to harmonize data standards across RWD networks. This iterative and evolving process makes its critical for biotech sponsors to engage early and often with the FDA in their trial design process to gain a clearer understanding of how to use RWE effectively in their regulatory submissions.

Feinberg: We believe that RWE can solve for what has been two disparate limitations of traditional randomized controlled clinical trials and, in doing so, can become the solution for both the acceleration of drug development while assuring the research outcomes are reflective of the broader disease population to be treated. In doing so, RWE becomes a huge win for the biopharma industry and an even bigger win for patients.

About the Author: With more than 30 years of experience as an oncologic physician, Dr. Bruce Feinberg serves as Vice President and Chief Medical Officer for Cardinal Health Specialty Solutions. In his capacity as CMO, he works across the Specialty Solutions businesses consulting with providers, pharma, patients and policy makers. A highly sought-after researcher and speaker on healthcare policy, value-based care, and cancer, Dr. Feinberg is also a bestselling author and host of The Weekly Check-Up on WSB Radio in Atlanta.