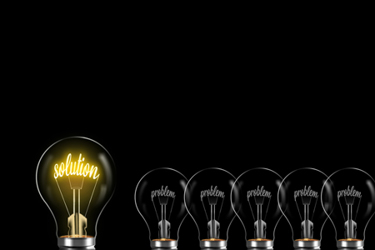 New advances in technology, along with the COVID-19 pandemic, are contributing to the ongoing disruption in the clinical trial space. Other factors playing into the disruption are emerging biopharma companies, decreasing ROI, and shifts in R&D focus. A new research report from Almac Clinical Technologies finds the disruption has resulted in demand for significant changes in IRT (interactive response technology) systems.

R&D and ROI are also undergoing change. R&D programs are now increasingly focused on smaller more niche therapy areas with high levels of unmet need. According to Pharmaprojects from January 2020, the number of rare diseases under investigation grew from 389 in 2013 to 608 in 2019, an increase of 36 percent. There was also a sustained increase in the number of treatments granted orphan drug status.

While this development news is good, the cost of clinical trials remains a concern. Despite the pipeline growth, returns on pipeline development for sponsor companies is diminishing. This is due to the increasing costs of drug development. According to estimates from Deloitte, the cost of bringing an asset to market in 2019 was 67 percent higher than in 2010. Additionally, since 2010, sales per asset have been cut in half.

Despite the ROI challenges, new technologies are having a beneficial impact on trials. Technologies have enabled trials to be conducted faster and become more decentralized. Part of this is due to the impact of COVID-19. Lock down orders prevented many trial patients from traveling to clinical sites for routine visits. Other sites were overwhelmed with COVID-19 patients. This situation forced many pharma companies to re-evaluate their trial models and consider decentralized or partially decentralized models. 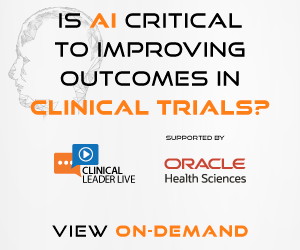 In those models, data collection was fully or partially shifted from clinical sites to patient’s homes. That shift, coupled with the move to risk-based monitoring, required the addition of new technology solutions.

As companies implement new technology solutions, there is growing hope that these changes to trial models will be permanent. A study conducted by Beroe found the use of technologies in the R&D space is growing at an annual rate of 22 percent to 23 percent. That growth rate is expected to continue through at least 2023.

Technology adoption is a positive trend, but it also means sponsor companies need to engage with more suppliers. More time must be spent on administrative and project management oversight. To help with this oversight, technologies need to support a simplified sourcing and on-boarding process. The Almac Clinical Technologies report notes one area that has been ripe for streamlining is patient randomization and trial supply management (RTSM/IRT) technology.

To determine the key pain points for IRT systems and sponsor preferences for future offerings, Almac Clinical Technologies conducted a survey of sponsor company executives in May 2020. Four pain points were identified.

With increased speed to market being a concern, Lag times need to be reduced. Sponsors want a system that can go live quickly.

Older legacy systems can make it challenging to respond to protocol changes in a timely and cost-efficient manner. Sponsors indicted a desire for a flexible system that can be easily modified.

Faster study start-up is needed to help differentiate drugs and get them to market faster. Sponsors prefer systems that have the ability to go live in less than six weeks.

What Can Vendors Do Better?

Finally, the survey asked what IRT vendors could do to better meet the needs of sponsor companies. Although IRT plays a central role in study conduct, some systems have not modernized to respond to the evolving needs of sponsors. There were three key themes that emerged from the survey.

First, sponsors require better integration and flexibility. Trial design has undergone significant change, and sponsors need a flexible IRT system that can be easily adapted. Second, there needs to be shortened timelines to study start. With sponsors facing increasing pressure to decrease R&D costs, there is a heightened need for speed. The COVID-19 pandemic has accelerated that need.

Competitive pricing is also important. As the technology marketplace becomes more crowded and ROI on those investments continue to decline, sponsors will be pressured to be as efficient as possible with their R&D spending. That will result in many of them becoming more cost conscious.

The Almac Clinical Technologies State of the Industry Report: Embracing Trial Change and Elevating IRT Systems can be viewed here.