Now That Right To Try Is Law, What Does It Mean To You? 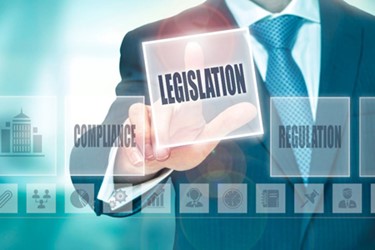 On May 30, 2018 President Trump signed Senate Bill 204 into law. The law, more commonly known as Right To Try (RTT), allows certain patients access to investigational drugs outside of clinical trials if they have no other FDA-approved treatment options and cannot participate in a trial. This is a second ‘compassionate use’ pathway for patients. The first is the FDA’s Expanded Access (EA) program, which has existed for decades.

Alison Bateman-House, co-chair of the NYU School of Medicine Working Group on Compassionate Use and Pre-Approval Access (CUPA), is one of the leading experts on compassionate use and an outspoken critic of RTT. In recent papers addressing the new law, she attempts to bring clarity to the issue and help the industry understand where we go from here. 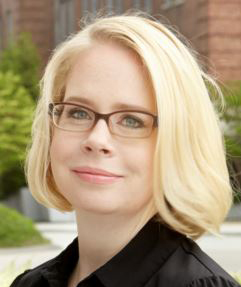 To understand this issue, it helps to first understand the differences between RTT and EA. In EA, the treating physician asks the pharma company developing the drug for patient access to the medication. If the company agrees to the request, a proposed treatment protocol is sent to the FDA for review. The FDA approves almost all such requests, although Bateman-House notes some protocols will be modified. The protocol is then sent to the IRB at the institution where the drug would be used. After review and approval, the patient receives the drug. Any adverse events are reported to the FDA and the company providing the product.

“RTT follows this same process, but it cuts out both the FDA and the IRB from the protocol review,” says Bateman-House. “Hospitals have the option of requesting that investigational products be reviewed by an IRB, but we don’t know whether they will. And, except in certain circumstances, RTT also eliminates the need for adverse reactions to be reported to the FDA.”

Still, the most important thing for people to understand is that neither RTT or EA require companies to provide investigational drugs to patients. Under RTT, patients only have the right to ask. Which Bateman-House notes is what they have always had under EA. A physician requesting a drug now has the option of doing so using either pathway.

Bateman-House states there are notable differences between the two pathways. For example, RTT applies only to investigational drugs, whereas EA includes all types of medical products. RTT requires products to have completed a Phase 1 trial, while EA can permit access to products in any stage of development. RTT provides liability protection to companies and everyone else involved in the therapeutic attempt, while EA does not. But the biggest difference relates to oversight.

“In EA, the physician, drug company, FDA, and IRB all work together to ensure that only patients who have no other treatment options receive access,” says Bateman-House. “They ensure the costs are appropriate (usually free), that informed consent is legally and ethically sound, and that the proposed treatment plan offers a favorable risk-benefit profile for the patient.”

Under RTT, only the treating physician and the drug company provide oversight. Unfortunately, neither one is a neutral party. The worst-case scenario could see unsuspecting patients gaining access to useless and possibly risky treatments. While no legitimate drug company would knowingly sell a bad product, there could be a situation where someone is both the doctor and the drug developer. That is the situation where problems could arise.

RTT will also not remove all obstacles for patients. RTT was crafted to reduce the role of FDA in compassionate use cases. But Bateman-House believes a far bigger obstacle exists for patients: Drug companies that are unwilling to provide their experimental drugs to patients outside of clinical trials. Companies can deny the request for a drug, regardless of whether that request is through RTT or EA. For that reason, RTT may not result in patients getting access to these drugs more quickly or easily.

Bateman-House notes CUPA has long argued that what is needed to help patients is an increased awareness of EA. That will come about by educating doctors, patients, patient advocates, and other stakeholders about when EA is appropriate and how to access it. She believes if there is an increase in requests since the passing of RTT, it is likely due to the increase in awareness it has generated. And, if there is a corresponding increase in companies granting access to drugs via RTT, that could simply be due to companies wanting to increase the visibility of their drugs and, hence, their stock price. As of now, CUPA is aware of only one company making its products available via RTT, and it’s not clear if any physicians requested it.

Is There A Role For FDA?

Under the new RTT law, is there a role for the FDA? The new legislation states that any company making its product available via RTT must submit an annual report to the agency. The FDA must also be notified of severe adverse events in certain situations. Still, a report submitted yearly on the adverse effects of an unapproved drug does little to protect patients receiving the experimental treatments.

It also does not seem like the proponents of RTT welcome involvement by the FDA. Shortly after the bill was signed into law, FDA commissioner Scott Gottlieb said the agency would act quickly to create guidelines for the use of RTT. That statement received immediate push-back from RTT sponsor Senator Ron Johnson of Wisconsin, who stated the purpose of RTT was to reduce FDA involvement. However, if the agency does not create guidance, Bateman-House believes the law is effectively dead. Without guidance, no prudent company will use the pathway. The FDA has now created a RTT page on its website to answer questions about the law, but it refers other questions to the patient’s physician.

Sadly, the effectiveness of EA may also be jeopardized by RTT. The FDA has already shifted responsibility for EA away from the Office of Health and Constituent Affairs into a new Office of Patient Affairs, a move that was contrary to the recommendations of CUPA, as it de-centralizes knowledge about EA and makes staff who are not intimately familiar with the pathway responsible for directing inquiries. Bateman-House fears this could jeopardize the future effectiveness of EA.

Good or bad, RTT is now the law. But what will it mean for the industry? It will take time to track requests to companies via both RTT and EA to see if patient access to investigational medications outside of clinical trials is truly increasing and, if so, by which pathway. It will also take time to determine whether RTT is making access easier or causing more confusion and complexity. It will also be interesting to see if institutions choose to forego IRB review for RTT requests or whether they continue to impose review requirements on investigational drugs used on their facilities. And, although RTT allows companies to provide their post Phase 1 experimental drugs with little oversight, it will also be interesting to see which ones opt to do so.

One concern Bateman-House has over RTT relates to financial incentives. EA requests are often denied by the company because of the costs involved. The FDA permits drug companies to recoup direct expenses for investigational products provided for compassionate use, but few charge patients these costs. This might be because of public relations concerns, or it may be due to pricing issues that could later surface with payers (i.e., if a payer knows, from EA that the cost of a drug is $1000, how much of a markup, if any, will it agree to pay the company for that product once it is approved?) Is there a solution to the expense issue? Could payers cover the cost of these experimental medicines, so as to not make the company provide the product for free – a real hardship for small companies that do not yet have any drugs on the market? “Or should the issue of payment not be broached until we have evidence as to whether these efforts with investigational products tend to help, rather than harm, patients?” asks Bateman-House. After all, without any follow-up on the thousands of compassionate use attempts made annually in the US, we do not know how many patients benefit from these attempts, how many are harmed, or how many experience neither benefit nor harm.

Another concern is liability and serious adverse events (SAEs). The fear of being sued by patients or families may be a factor that keeps doctors and drug companies reluctant to provide investigational drugs. Bateman-House believes that issue will need to be studied more. As for SAEs, audits conducted by the FDA found concerns about the consequences of SAEs to be overblown, SAEs serious enough to cause the FDA to respond happen infrequently in compassionate use. Still, concern that if an SAE were to happen that it would be bad for the drug under development could deter companies that are very risk-averse from allowing any non-trial use of their experimental drugs, regardless of whether it be via the EA or RTT pathway. The RTT response to this concern is to ban SAEs from being reported to FDA in most circumstances, a move Bateman-House believes would jeopardize public health. Again, additional research is likely necessary.

A third area of concern has to do with IRBs. An IRB evaluates research. But there are ongoing arguments over whether compassionate use is more like medical treatment (which does not require IRB approval) or research. Bateman-House has argued that the use of investigational products is more akin to treatment, making an IRB review unnecessary — although then the FDA, company, or some other entity will have to assume the responsibility for overseeing proper informed consent of the patient. However, her willingness to forgo IRB review was in the context of EA, where the FDA reviews the proposed EA protocols. RTT requires review by neither FDA nor an IRB.

“I consider it essential that some objective body have oversight,” says Bateman-House. “I believe it is necessary for the interest of the patient and valid informed consent.”

At present, IRBs have an oversight role in EA. Bateman-House points out that little work has been done to evaluate what IRBs actually do when presented with an EA protocol and notes that “If IRBs will be involved with vetting proposals for non-trial use of investigational medicines, we should determine best practices for these bodies.”

The final concern of Bateman-House has to do with a claim made by proponents of RTT. Those proponents claim that patients have “the right to try to save their own lives.” There are several problems with this statement. First, most drugs in development will not prove to be life-saving. Second, for patients to try the medication, it must be provided by the drug company. As noted earlier, there is no requirement for them to do so and, therefore, no real right to try for patients. There is merely a right to ask, as there has been for decades under EA. What would be more productive, according to Bateman-House, is to find out from companies what incentives or concerns would make them more or less likely to say yes to a request.

“There may, at some point, be a debate about whether to repeal the law,” says Bateman-House. “There may also be attempts to broaden the law. In the meantime, there is a lot of work that needs to be done to understand and formulate useful policies concerning pre-approval access to” investigational medical products outside of clinical trials.”