Are We Making Progress For Patients With Rare Diseases? 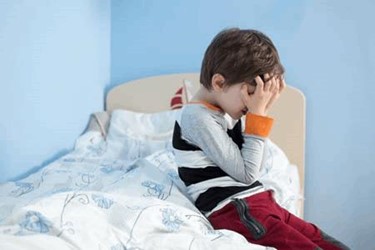 There are approximately 7,000 different types of rare diseases and disorders, and more are being discovered each day. There are more than 30 million individuals living with a rare disease in the U.S. alone, which equates to around 10 percent of the population. Around 30 million people in Europe suffer from a rare disease, and it has been estimated that as many as 350 million people worldwide are afflicted.

The numbers are amazing when you consider that, in the U.S., a condition is considered “rare” when fewer than 200,000 persons are affected. While some diseases become more prevalent as individuals age, 80 percent of rare diseases are genetic, meaning patients with the disease will be impacted by it for their entire life. Even worse, half of all individuals with a rare disease are children, and 30 percent of them will not reach their fifth birthday. This is not surprising, considering that 95 percent of rare diseases do not have a targeted new drug approved by the FDA and brought to market.

As we enter 2018, are we making progress in the fight against rare diseases, and is there hope for the future?

Ed Miseta: As we recognize another Rare Disease Day and the patients struggling to deal with these illnesses, are there any success stories you have seen in the past year? 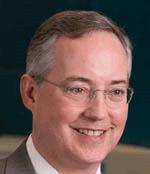 Douglas Fambrough:  The rare disease space is an important sector of the healthcare industry and is growing every year. According to an article published in the August 2017 Rare Disease Report, 42 orphan drugs were approved between January 1, 2017 and August 9, 2017, and more than 60 were approved by the end of 2017. That is 20 percent more than were approved during the FDA’s last record-breaking period in 2014, when the industry had 49 approvals. This shows the orphan drug market is growing rapidly, and there is more interest from pharmaceutical companies to discover, research, and develop these therapies. 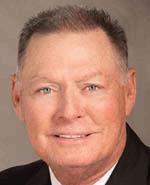 Patrick McEnany: Douglas is right that we are seeing progress. Unfortunately the good news does not impact all patients. Despite the recent progress, most people living with rare diseases still have no approved treatment, and that is something we must continue to improve upon. This is especially true for rare neuromuscular diseases that can limit mobility and often shorten lives. This is an area in which Catalyst is focused, and we are working to develop urgently needed medicines for patients with neuromuscular diseases. 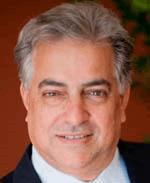 Emil Kakkis: For me, last year’s most memorable success story happened in December, when a four-year-old named Poppy became the first person to receive a commercial infusion of Mepsevii (vestronidase alfa-vjbk), Ultragenyx’s first product. It is the first and only FDA-approved treatment for mucopolysaccharidosis type VII, also called Sly syndrome, a progressive and debilitating disease affecting fewer than 200 patients worldwide. Prior to the availability of this treatment, supportive care for managing the symptoms and complications of MPS VII was the only available option. When we are able to treat patients after an approval, it means we’ve finished the final mile of the journey and can say to rare-disease patients such as Poppy: “Yes, we are here.”

Fambrough: Yes, absolutely. Recently, the FDA supported the research of treatment for rare diseases through a new $14 million fund, which will support 15 research projects that are investigating new ways to tackle rare diseases. The fund will be administered through the Orphan Products Grants Program, part of the Orphan Drug Act. According to Global Genes, the FDA’s Orphan Products Grants Program has provided more than $300 million to fund more than 530 new clinical studies that have supported the marketing approval of 50 products.

Recently, the NIH created the Rare Diseases Clinical Research Network (RDCRN) program, which is designed to advance medical research on rare diseases by providing support for clinical studies and facilitating collaboration, study enrollment, and data sharing. Through the RDCRN consortia, physician scientists and their multidisciplinary teams work together with patient advocacy groups to study more than 200 rare diseases at sites across the nation.

So, yes, we are making progress in raising money to fund research but developing orphan drugs is very expensive. The more money we can raise for research, the more potential treatments we can develop for these devastating and life-threatening diseases.

Kakkis: Rare disease patient advocacy organizations play an important and active fundraising role as well. I have firsthand experience with this. In the 1990s, the Ryan Foundation was a key organization in supporting the early development of an enzyme replacement therapy for mucopolysaccharidosis type I (MPS I). Mark Dant, leader of the foundation and father to Ryan Dant, believed in the project and raised enough money to move the program close to the clinic. At that point we received industry interest, and now individuals and families affected by MPS I have an approved treatment. Many other disease-specific foundations are following this path, raising money and, in some cases, driving research or starting or funding their own biotech companies. The kitchen-table organizations are coming to the boardroom.

While we can characterize patient-organization involvement as growing, their efforts alone will not always be enough to bring rare-disease research to completion—though they can be very important in seeding and supporting early development. Federal funding and venture capital, and other investor funding, will be critical.

McEnany: I agree with both of those comments. As a society, we are making significant gains in funding research for rare diseases, with investments coming from venture capital firms, industry, government agencies, research organizations, and patient organizations.

As an industry, we must focus on the importance of having approved treatments for more conditions. With this goal in mind, Catalyst is expanding our research into other neuromuscular disorders that could benefit from our treatment, including Congenital Myasthenic Syndromes (CMS) and MuSK antibody positive myasthenia gravis. We’re also investing in the development of a second compound, CPP-115, to treat refractory infantile spasms.

Miseta: Our efforts to raise money will be more successful if we are able to raise awareness. Are we making progress in that area?

Kakkis: Patient organizations have been instrumental in raising awareness and putting rare disease on the agenda of researchers, physicians, regulators, legislators, and the broader public. Patient advocacy played a critical role developing and passing the Orphan Drug Act in 1983 and continued efforts more than 30 years later led to the 21st Century Cures Act in 2016. Rare Disease Day grows larger every year and Rare Disease Legislative Advocates, a program of the EveryLife Foundation for Rare Diseases, connects the community and increases its collective voice and impact.

Still, while the progress is significant, we need to do more to identify rare-disease patients earlier in their journey and decrease the time to diagnosis. We know the earlier the treatment intervention the better the outcomes in most cases. Newborn screening is a critical and proven tool, and we need to make sure the processes are in place to execute federal screening recommendations at the state level.

Research can be an important tool in raising awareness. Recruiting for clinical studies can provide an incentive for people to learn more about what might be causing their symptoms. I believe collaborations between patient advocacy groups, research scientists, and regulatory agencies will continue to be fruitful in the discovery and development of new treatments for rare diseases.

Fambrough: There are so many rare disease non-profit organizations or small rare disease advocacy groups that work to raise awareness for their specific diseases every day through grassroots activities, educational initiatives, and large campaigns.

Certainly one of the most important days for the rare disease community is Rare Disease Day (RDD), which is the last day of February. Launched by EURORDIS (European Organisation for Rare Diseases) in 2008, RDD serves as an annual awareness-building event and is celebrated by patients, families, advocacy groups, medical communities, industry, and public health authorities around the world.

So, yes, we are making progress in raising awareness for rare diseases. But, there is always a need to continue to educate everyone about rare diseases to advance research for potential treatments for patients with these devastating and life-threatening diseases.

Miseta: What is the greatest challenge that rare disease companies continue to face in advancing treatments through the clinical process?

McEnany: As we learn more about the underlying genetic cause of disease, we are discovering many patient subgroups in what was once considered to be just one disease. Identifying and understanding these subgroups – and developing targeted therapies – represents both the greatest challenge and the greatest opportunity. Researchers, physicians, and regulators also need to align on relevant endpoints for clinical trials to measure the potential impact of a new treatment. Ultimately we need to better involve patient communities in identifying and measuring clinically meaningful outcomes.

Kakkis: Small and heterogeneous patient populations are definitely a concern, and pose a considerable challenge for rare disease drug developers. This limitation affects the feasibility of the standard design of randomized, placebo-controlled trials with a single primary endpoint.

Miseta: How are regulators helping to advance rare disease treatments?

Fambrough: Congress enacted the Orphan Drug Act in 1983, which established several incentives to spur innovation in research, development, and delivery of new therapies for rare diseases. The incentives included a tax credit for clinical trial costs and seven years of market exclusivity. Between 1984 (when the Orphan Drug Act went into effect) and 2014, the FDA approved 162 non-cancer orphan drugs. Two-thirds of those drugs (109) were approved via some form of flexibility (administrative or case-by-case flexibility). This is a clear indication that the FDA is flexible in its approach to approving orphan drugs.

In addition, the FDA created the Office of Orphan Product Development to focus on the challenges of developing therapeutics for the treatment of rare diseases and to help companies navigate the regulatory review process. The FDA also created the Rare Disease Program within the Office of New Drugs with the specific focus of developing the policies and procedures for the review of new drug applications for orphan drug products and to ensure the appropriate training for FDA reviewers.

Finally, the Orphan Drug Act created the Orphan Drug Designation (ODD), which is a special status given to an investigational therapy to treat a rare disease or condition. The ODD gives companies numerous tax breaks and filing fee exemptions during the review process. In addition, if a drug gets approved, the company receives seven years of market exclusivity for that drug. More recently, with the addition of the pediatric rare disease priority review voucher, more companies see the financial and altruistic rewards that come from helping those in the rare disease community.

Kakkis: We view regulators as important partners in advancing clinical development programs and ultimately delivering novel treatments to patients. Under the 21st Century Cures Act, the FDA has established an updated, multistage process for biomarker qualification and put additional mechanisms in place for patient and advocacy engagement in the early stages of drug development. The FDA also helps to advance rare disease drug development through incentive programs such as Priority Review and Breakthrough Drug Designation.

McEnany: We also view the FDA as an important partner in the drug discovery process. We find regulatory agencies increasingly willing to have a dialogue with companies that are active in the rare disease category. Indeed, regulators seem interested in understanding a company’s approach to treating rare disease. They appear to share our motivation to fill unmet needs in rare diseases and, thus, are willing to work with us to ensure timely and thorough review of our clinical data.