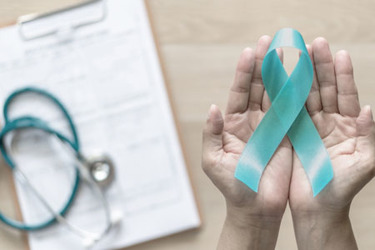 Stand Up To Cancer (SU2C) has been around for more than 10 years. The organization was founded to promote collaborative and innovative cancer research by bringing together the best and brightest minds in the industry. Stand Up To Cancer operates across the U.S. and has an international consortium as well.

“SU2C’s goal is to tackle the biggest and most challenging questions in cancer research,” says Elizabeth Swisher, a professor at the University of Washington and director of the Division of Gynecologic Oncology. She is also the director of the Breast and Ovarian Cancer Prevention Program at the Seattle Cancer Care Alliance. “SU2C creates dream teams comprised of investigators pursuing a common problem. I joined the dream team for ovarian cancer, which is funded by the Ovarian Cancer Research Alliance and National Ovarian Cancer Coalition.”

Swisher is a co-leader on the dream team along with Dr. Alan D’Andrea, a professor at Harvard Medical School and director of the Susan F. Smith Center for Women’s Cancers. Swisher is a gynecologic oncologist and D’Andrea is a pediatric hematologist. Dr. Swisher led Stand Up To Cancer’s MAGENTA clinical study, which attempted to look at how remote delivery of genetic testing and counseling impacted trial participants.

Bring Testing To The Patient

Most of the genetic testing for cancer risk occurs after patients have been diagnosed with cancer. The testing attempts to determine why the patient got the disease and may show if patients had a hereditary risk for cancer. It may also help determine the right treatment option. But Swisher believes the real power of genetic testing lies in its ability to prevent disease. 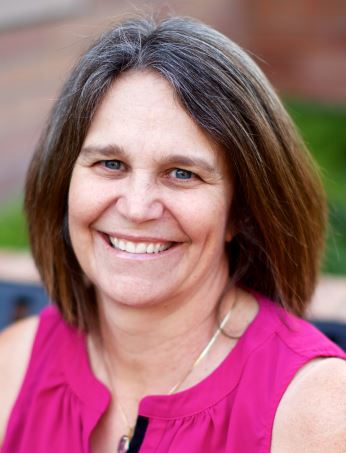 “We want to know if a patient is at risk before they get cancer,” she says. “Our challenge was to figure out how to get genetic testing to individuals who don’t already have cancer. Primary care physicians are way too busy treating their cancer patients to deal with this type of testing, and we felt that was a huge missed opportunity.”

The MAGENTA study also hoped to allow participants to take part in the study without having to make trips to the clinic. The standard paradigm requires someone to visit their physician, oftentimes in a specialized cancer center. If the physician discovers a family history of cancer, the patient would be referred to a genetic counselor. Then a spit or blood test would be conducted. A month later the results would come back, and the patient would make another visit to the counselor. The ovarian cancer dream team hoped to move away from that entire paradigm.

The MAGENTA study recruited nearly 4,000 patients from across the U.S. Since participants were not cancer patients walking into a clinic, a different recruitment method would have to be used. MAGENTA chose to use an online recruitment campaign. The study primarily reached out to potential participants via a Facebook page and a study website. The researchers also collaborated with the Ovarian Cancer Research Alliance and National Ovarian Cancer Coalition to promote the study. The effort was successful at attracting interested participants, but on-air stories reported on local TV stations really helped the effort.

When a reporter from a local TV station in Minneapolis went through the trial process herself, while on air, MAGENTA received over 1,000 requests from potential participants in Minnesota. This forced the study to engage additional genetic counselors in the state to assist with the onslaught. Although those counselors had full time jobs, they were intrigued by the study and were willing to work extra hours to help manage the patient backlog. When a similar news report ran in Detroit, Seattle, and Houston, those areas also experienced a surge in enrollment.

The online recruitment effort also hoped to successfully recruit greater numbers of minority patients, who are typically underrepresented in trials. The Facebook effort used ads to target individuals living in minority and rural areas who may not have access to genetic testing or large cancer centers. Unfortunately, despite the targeted ads, the effort yielded limited success in recruiting minority patients.

Stand Up To Cancer wanted the MAGENTA trial to be patient centric and involve no patient visits to cancer centers or counselors. Therefore, technology was deployed that would allow participants to perform all trial requirements from their homes.

Patients were asked to visit a website to watch a video that discussed the trial. After answering some questions individuals learned if they were eligible for the study. If so, they were directed to an online consent form. After consenting to the trial, participants were randomized for the study. The randomization determined whether patients received genetic counseling.

REDCap, a cloud-based EDC system, was used to capture patient data. The genetic testing was performed by Color Genomics, a health technology company. Kits were sent to the homes of participants. They would spit in a tube, seal it, and send it back in a return package. Color Genomics would sequence the DNA for breast and ovarian cancer susceptibility genes.

Swisher notes the biggest challenge was the planning required to kick off the study. The database would be housed and run out of the MD Anderson Cancer Center. Working with study participants who did not already have cancer was a new concept for them. Participants did not have registered medical records and there were also concerns over who would be ordering the tests and if the center would be treating participants across state lines. Discussions with the Institutional Review Board (which regulates human subject research) resolved those concerns. Some researchers also worried about eConsent and knowing if the actual participant was the one signing the consent form. A secondary log in verification was used to alleviate that concern.

Once patients received their results, they were asked to fill out a baseline questionnaire. Researchers hoped to learn if participants were satisfied with the study, if they felt stress, if they were sharing the information, and if the process was increasing their knowledge of genetic testing. The questionnaires took about 20 minutes to complete.

For Swisher, there were two main takeaways from the study. “If there is a healthcare test that you want the public to be able to access, there are two things you must do,” says Swisher. “First, you have to demystify the information. You must educate the public and make sure they understand the test and what it will do for them. Second, you need to reduce every possible hurdle that may stand between the participant and the test. Bring the test to their homes or give them access to it in a CVS or Walgreens. We need to simplify that access as much as possible. Today you can walk into a CVS and get an HIV test. We need to make it that simple.”

Take Testing To The Population

Today women still endure pap smears in a gynecologist’s office. In a few years Swisher foresees HPV testing being done by patients in their own homes. That test can be just as accurate as a cervical cancer screening. In the internet age, patients no longer want to visit a physician to get the information they need.

A patient centric approach also means eliminating unnecessary visits to clinics and physicians. The MAGENTA study hoped to determine if visits to a genetic counselor were necessary, and the results showed they were not for most women who tested negative. At three months out, the study found no difference in stress levels of participants. That makes mandatory counseling another barrier to the testing, even for participants who were motivated to participate.

“We used family history of cancer as a criterion to recruit participants to the study,” adds Swisher. “Still, we know the best way to use genetic testing to broadly identify risk is to offer the test to everyone. There could be set criteria, such as a person reaching a certain age before they qualify. But they should have access to a cancer risk profile the same way they might get their cholesterol checked. We hope we are setting the stage for making the testing process simpler. Population screening could be effective at preventing many cancers. We need to make this simple and cost effective so it can be widely offered to all patients.”