Overcome The Challenge Of Moving From Pre-Clinical To Clinical 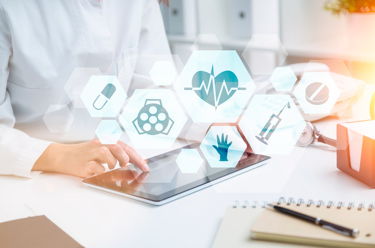 “The human body has a natural way of degrading proteins and producing new ones,” says Dr. Jared Gollob, chief medical officer for Kymera. “The balance between protein synthesis and degradation is a process known as protein homeostasis and is performed by the ubiquitin proteasome system, or UPS.”

Kymera’s platform is attempting to degrade disease causing proteins. All proteins are degraded through the UPS. However, with targeted protein degradation, the company is inducing the degradation of a specific protein by pairing an E3 ligase with a protein that is not the usual target for that E3 ligase. Conventional medicines such as small molecule inhibitors and monoclonal antibodies address fewer than 20 percent of disease-modifying or disease-causing proteins. Kymera is hoping its Pegasus platform will allow researchers to target the other 80 percent.

“This process allows us to degrade proteins, at will, that are either causing diseases or modifying them,” says Gollob. “We can recognize and tag these proteins for degradation. We are using a small molecule drug which enables us to go anywhere in the body and deliver it intravenously, subcutaneously, or orally. Our clinical pipeline is focused on oncology and other inflammatory diseases.”

In the oncology space, Kymera is targeting patients who have relapsed refractory disease (they have had multiple prior treatments). Gollob notes there is a very high unmet need for a new drug for these patients. Most will have a short life span if researchers cannot find a treatment.

The Move From Animals To Humans

Gollob notes Kymera will face two main challenges in advancing its product pipeline. The first relates to making the move from animal testing to trials in humans. For a company going into clinical trials for the first time, there is a fundamental question that must be answered: Are we going to see the same effect on the target in humans that we saw in animals?

Kymera has tested its platform in mice and rats, but also in higher species such as dogs and primates. The company needs to understand the pharmacokinetics of the drug, so as to know how much of it is getting into their circulatory system, how long it stays there, if it gets to the right tumors and tissues, and if it displays the intended effects.

“We need to see positive, encouraging effects in order to have sufficient confidence to move into human testing,” says Gollob.

Kymera has performed a rigorous set of preclinical studies looking at the drugs exposure, its safety, and its effect on the target. Gollob states this has helped de-risk the transition and he is confident Kymera will see similar results in humans. A Phase 1 trial in healthy humans is planned for later this year.

“We must understand how much of the drug to administer to patients,” says Gollob. “When we give the drug to actual oncology or inflammatory disease patients, we must know if it will be effective in defeating the disease. The information from that Phase 1 trial will help us pick one or two doses that we will then bring into a Phase 2 study, which will be in patients with the disease.”

A second major challenge for Kymera is choosing the right targets. For any company introducing a new platform, there is a universe of targets that can be pursued. Companies need to decide early on what diseases they want to treat and what targets they are going to pursue. A lot is riding on that decision, as it will determine the future success of the company.

In the inflammation and oncology spaces, Kymera has opted to pursue two targets. They are IRAK4, a scaffolding kinase, and STAT3, a transcription factor. Both are targets that had been deemed to be difficult or impossible to drug.

“With IRAK4, there are some small molecule inhibitors in clinical development,” says Gollob. “But, we have learned from the biology that it is not enough to simply block its kinase activity. You also have to get rid of the protein. For that reason we elected to make those proteins one of our targets. We believe our decision to target both the IRAK4 and STAT3 pathways is valid because there are no approved drugs for either one. We are confident if we're able to adequately block these proteins, we can block these pathways and impact the diseases being caused by them.”

Gollob believes if Kymera is able to drug the IRAK4 and STAT3 targets, the impact will be huge. The efforts will go above and beyond having a better drug for an antigen receptor or an estrogen receptor. The research could open up opportunities in a variety of different cancers and inflammatory disorders. He foresees both programs potentially becoming franchises given the large number of opportunities for development for each target.

For the Phase 1 trials with healthy volunteers, Kymera will work with a site and allow the site to act as the CRO. If a Phase 1 study is conducted in actual cancer or inflammation patients, Kymera will use a CRO. The main reason is the company will be engaging with multiple academic cancer centers. The CRO would help to orchestrate the entire process from an operational standpoint.

“We also have our own in-house expertise in medical, regulatory, and clinical operations,” states Gollob. “We are growing that capability as part of our clinical development group. Those individuals interact very closely with the CRO to oversee the work they perform.”

To assist with CRO selection, Gollob believes it is important to have a seasoned clinical operations lead working in your company. If that individual has worked with CROs in the past, their experience will help steer the company towards successful partners.

“I think it’s important to shop around,” says Gollob. “This is where a knowledgeable operations lead can help you narrow that list down to five or six potential partners. They know which CROs have a reputation for getting the job done and can take you from Phase 1 through to Phase 3. They can also steer you away from those that need constant supervision. Sponsors are required to perform oversight, but at the same time we want our CRO to be able to act fairly independently. Once we have those insights, we are ready to request bids and begin the bid defense process.”

If multiple sites will be required to conduct the study, Gollob recommends a CRO that has a wide reach and has proven they can operate internationally. He requests information on each CRO’s relationship and experience with the sites and investigators he has selected for the study. He also wants to know what their reputation is with those investigators. Problem can arise when you pair your sites with a CRO they had a bad experience with.

Additionally, Gollob looks for a CRO that has the ability to assist him in locating additional sites and patients. This is critical when the study advances to the point where it needs to ramp up from 10 sites to 50 or more.

“Because of our in-house capabilities, we do not need a CRO that does everything,” stresses Gollob. “We may not need for them to do our regulatory, data management, or biostatistics work. But I do need to know that they will be ready to grow with us when we expand, both in the U.S. and overseas.”