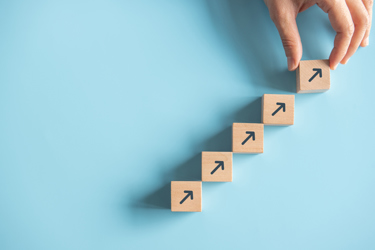 How much has the COVID-19 pandemic accelerated the evolution of clinical trials? A new report from Oracle Health Sciences and Informa Pharma Intelligence attempts to answer that question. The companies surveyed 252 professionals around the world who are involved in clinical trials at biopharmaceutical and med device companies as well as CROs. The goal was to determine how the pandemic was changing clinical trial operations and identify the key challenges and opportunities surrounding those changes.

It should come as no surprise to anyone in the industry that the pandemic forced innovation upon sponsor companies. Leading the way was decentralized trials. Some drug developers spent a good portion of the year trying to incorporate virtual technologies into their trials. What was once a vision of the future of clinical trials suddenly became a reality.

The Impact of COVID-19

Survey respondents were asked how the pandemic was impacting their ongoing trials. The top three responses were longer enrollment times (49 percent), amended protocols (45 percent), and paused protocols (41 percent). Other notable impacts were amendments to how data is collected, patient retention issues due to fear and lockdowns, increased deviations to data not collected per protocols, and delayed IRB reviews. All were noted by more than 25 percent of professionals surveyed.

As COVID was impacting trials, it was also impacting strategies for running clinical trials. The biggest strategy change involved virtual trials. The survey found 46 percent of respondents were implementing or planning to implement decentralized trials. New clinical supply, logistics, and administration vendors were being considered by 44 percent of respondents, while another 36 percent were considering new geographies for trial location. Seventy-six percent noted they are accelerating their adoption of decentralized trial methods.

There are many steps involved with a move to decentralized clinical trials. The most common step being taken by companies is the adoption of patient-facing technologies or alternatives, which was cited by 64 percent of respondents. That was followed by protocol redesign (63 percent), adoption of investigator-facing technologies or alternatives (53 percent) and rewriting of standard operating procedures (SOPs) (48 percent).

The move to decentralized trials, while easing the burden on patients and investigators, will also create operational issues for companies. Respondents noted ensuring compliance (56 percent), effectively tracking data (44 percent) and the ability to integrate new technologies with other platforms (40 percent) as the factors most likely to impact their technology requirements and current environment. But there are other challenges companies will face.

When adopting decentralized trials, patient engagement was cited as the main challenge that would be faced. It was noted by 59 percent of survey respondents. That was followed by ensuring data reliability and quality (50 percent), data collection (45 percent), and comparative lack of regulatory guidance (33 percent). Another 33 percent cited comfort level and ease of use by patients.

The Benefits Of Remote Monitoring

Of course, the main reason for implementing wearable and remote monitoring technologies is the benefits they bring to a trial. The main benefit seems to be convenience for the patient, which was cited by 64 percent of the survey respondents. That was followed by real-time data and insights (52 percent), time and resource savings for site staff (45 percent), convenience for site staff (30 percent), and time/resource savings for sponsors (28 percent).

Respondents also noted disadvantages of wearables and remote monitoring, with approaches to reviewing/managing/interpreting data, cost, and regulatory considerations all being mentioned by more than 40 percent of respondents.

The primary concern around remote data collection is the quality of data, followed by data protection/privacy, lack of standardization in data, and lack of harmonization of data.

The entire research report, titled The Accelerated Evolution of Clinical Trials in a Pandemic Environment, can be accessed here.