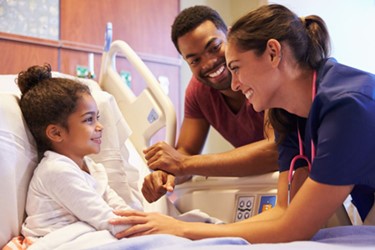 When it comes to clinical trials, the pharmaceutical industry still has a patient diversity problem. The face of patients in clinical trials is not representative of the face of America or the individuals projected to be most in need of the medications being developed. As a result, the industry is facing increased pressure from regulators to boost racial, ethnic, and gender diversity in clinical research. Future population shifts will only magnify the negative impact of this disparity, which will have even greater implications on precision medicine. Without an in-depth understanding of the genetic and environmental influences on disease progression, efforts to discover individualized treatments may be limited.

Unfortunately, there are many barriers in place that prevent individuals from participating in trials. One is a lack of knowledge about trials. Patients can’t get involved with a trial if they don’t know the trial exists. But one challenge that Dana Dornsife, founder and chairman for the Lazarex Cancer Foundation, believes is not discussed enough is financial toxicity. This refers to patients who do not have the financial means to participate in a trial. Purchasing reliable transportation, a tank of gas, and even the cost of parking can deter trial participation.

“In San Francisco, for example, parking at an investigational site can cost a patient $40 per day,” says Dornsife. “That is a deal breaker. That will force many patients to decide whether to take a chance on an experimental trial or put food on the table for their kids. Most parents would opt for feeding their kids, which means there is a barrier that must be removed. In some cases, patients must go to a different facility that requires a longer commute. That again creates additional cost burdens, as the commute could be an additional 50, 100, or 1,000 miles.”

If a patient is not physically able to make the commute alone, a caregiver must go along for physical and emotional support. Without financial assistance for both the patient and caregiver, the commute is simply not possible.

Mistrust of the government and even the pharma industry is a concern as well. Stephanie Monroe, executive director for African Americans against Alzheimer’s, notes there are still a lot of misconceptions regarding whether all patients are treated equally when it comes to medical experimentation.

Monroe believes pharma companies and sites must find ways to overcome the concerns that exist regarding trials. Doctors and physicians play a critical role; they must make a concerted effort to communicate effectively with all patients. That includes speaking in terms patients are familiar with as opposed to using technical jargon not universally understood.

“If you can’t communicate effectively to people where they are, then you’re not really communicating at all,” states Monroe. “You have to speak their language and understand how they live in their communities. Companies also need to respect the doctors that patients have come to trust and rely on, as well as the historically black colleges, universities, and health centers where they may be receiving their care. If pharma is not able to work with those institutions and insists that patients visit another facility, that will continue to foster distrust both among patients and their current healthcare providers who serve as their trusted voice and influencer.”

This approach will obviously require sponsor companies to work more collaboratively in communities where minority patients are located. Pharma must go to where these patients are and not expect patients to come to them.

“This is not rocket science,” adds Monroe. “You need to be where the patients are and be available to them when they are available. That might mean being open on weekends. That might involve being at church socials or showing up at the local barbershops just to show your face and meet prospective patients.”

PHARMA NEEDS TO MAKE THE EFFORT

Another problem plaguing patient recruitment is a lack of diversity amongst trial investigators. Fabian Sandoval, CEO of Emerson Clinical Research Institute, has been conducting clinical trials in diverse communities for more than six years. He realized, very early on, the importance of hiring investigators with diverse cultural backgrounds.

Sandoval has seen women walk out of clinics for lack of a female gynecologist. Some women simply refuse to be seen by a male provider. That same situation applies when those patients engage in a clinical trial. Many prefer to see a physician who is female, Asian, Latino, or African American.

“The patient and investigator do not have to be of the same religion to understand each other,” says Sandoval. “But they may prefer to work with someone who understands their culture. They want that physician to understand how they look, dress, eat, and act. That understanding serves as a bond. If that bond does not exist, trust will not exist, and the patients are not going to stay.”

Sandoval believes many sites are competent at finding a variety of patients, but sponsor companies need to be more selective in picking sites that have a diverse patient and provider population. A site that is not in the right location and does not have a diverse staff will not produce a diverse patient population. Eighty percent of minority patients live in 20 percent of the country’s zip codes. Sites can bring in a variety of patients, but to do so they must be in an area where the population is diverse.

Pharma must also be open to working with investigators who are new to clinical research. Sandoval believes many pharma companies will pass on a site even if it has the right mix of patients, simply because the treating physician has never taken part in a clinical trial. Older doctors who have taken part in trials in the past are retiring. Younger doctors who are not familiar with trials need to be given a chance.

Monroe states that some minority communities are more prone to contract a disease; yet, it can still seem like a treatment is developed for everyone else and then brought to them for testing.

“I have seen pharma companies build a complete ad campaign around research they are conducting,” says Monroe. “Each campaign includes a selection of photos, colors, and wording. After everything has been developed and approved by the IRB [Institutional Review Board], they will go to patient groups and ask them to make it work for African American or Latino patients. Unfortunately, this often doesn’t work. The colors, images, and wording are all wrong for those other patient populations, and at that point we do not have the flexibility to change them. For example, I’ve seen some campaigns where they’ve used Ethiopians, not African Americans, or they’ve used Colombians instead of Mexicans.”

Monroe’s advice to pharma companies is to engage with the patient groups early and often. Minority groups can be difficult to reach, and the process is made a lot harder when companies do not deliver the right message. The message must be simple, clear, and easy for anyone to understand. She also recommends language that shows respect for the individuals you are trying to attract. For example, instead of saying patients will be required to come in every month for an injection, the wording should state that they will be asked to show up. Minor changes in the wording can have a large impact on patient perceptions of the trial.

Of course, no one will ever participate in clinical research if they are not asked. When Monroe speaks to patients, she often finds many have never even been asked to participate in a trial. This is often true of patients in some of the most vulnerable communities. She now makes a point of asking patients if they are interested. Many, about 80 percent, indicate they are in fact interested in learning more and possibly participating. She believes getting just a few of these patients involved can cause awareness of the trials to spread through minority communities.

Engaging a minority patient and then telling them they don’t “qualify” for a trial is also a mistake. That will make them even more skeptical of pharma and clinical research. Finding a trial that will work for them is vital, even if that trial is being conducted at a different site. Rejecting a patient after they have been engaged can cause damage that is irreversible. “My advice is to think about your target, develop a plan on how you are going to reach them, make sure the trial is relevant to them and sustainable, and make sure it is fair,” adds Monroe. “If your trial is designed to disqualify 80 percent or more of patients screened, then there is a problem in the design.”

Another key to patient recruitment success is having a greater ongoing presence in the community, as opposed to simply showing up when it’s time to recruit. Dornsife recommends having a consistent, culturally appropriate presence. That presence includes providing information to patients and providing a continuum of care for a particular disease. As an example of this type of effort, she cites a community-impact project underway in Philadelphia by the Lazarex Cancer Foundation that is targeting minority patients.

“African Americans, in some instances and with certain types of cancer, will die 30 percent more frequently than whites,” she says. “The reason for the disparity is later-stage diagnosis. It’s because of their family history and the fact that they were not given the opportunity to have consistent screenings. Pharma companies and physicians can insert themselves at any point along that disease spectrum; yet, 99 times out of 100, they choose the very end of the spectrum. That might be a good method of recruiting for trials, but it is not good for the patients.”

A culturally appropriate presence should include earning the trust of these patients, making them feel like the industry cares about their welfare, and providing a space where these individuals will feel comfortable and welcomed. Only then can the industry discuss improving diversity and access to trials. 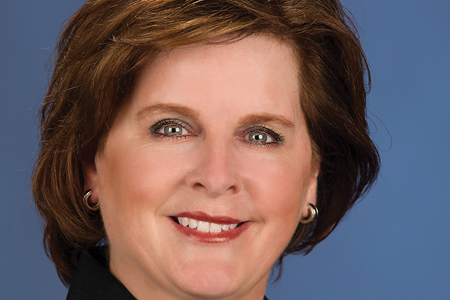 "In San Francisco, for example, parking at an investigational site can cost a patient $40 per day. That is a deal breaker."

A TV SHOW CONNECTS WITH PATIENTS

Reaching patients you want to engage with is always a challenge. For that reason, sponsors and sites may need to find new and novel ways to reach and educate them. Emerson Diversity Health Foundation (a 501(c)(3) designed to educate patients and healthcare providers on clinical research education and access) started a TV show called Tu Salud Tu Familia (Your Health, Your Family). It is a Spanish TV show that airs every Sunday morning on Telemundo and in the D.C. metro area (reaching Baltimore and Richmond and encompassing over a million audience members). “The idea had been floating around in my head for nine years,” states Sandoval. “I was doing intermittent outreach on local stations, but felt we were not doing enough to educate the target audience. That is when I came up with the idea of a TV show.”

Sandoval received seed money to fund the show, which has a 30-minute run time. Sandoval is the host, and the show features guest interviews. A steering committee for the show includes representatives from Genentech, FDA, and patient groups. The committee recommends topics of discussion for the show. One recent show on breast cancer discussed community health, screenings, patient insights, and featured a guest from the Mayo Clinic.

“Community outreach must involve personal interactions with potential patients,” adds Sandoval. “At our clinic, there is a tent out front so we can interact with pedestrians and dispense free health information on diseases and clinical research. Patients need to know you are there and will engage with them and educate them at all times, not just when you need them for a trial.”