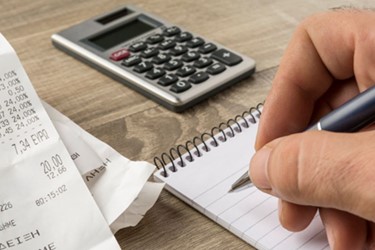 Today, every pharma company wants to be more patient centric. “We put the patient at the center of everything we do,” has practically become a mantra in the industry. Companies are reaching out to patients, soliciting valuable input, redesigning protocols, and even allowing trial participation for patients without having to leave their homes.

But one area of centricity that might be getting overlooked is patient reimbursement. When patients travel to clinical sites for treatment, how much of their own money are they required to shell out? Are they being promised reimbursement for those expenses? And, if so, how long is it generally taking for them to receive the funds?

I recently spoke to a patient who has participated in several oncology trials. If her story is typical of what patients participating in trials are facing, the industry has a long way to go before making claims of how patient centric it truly is.

Linda (last name withheld per request of the patient) found out in 2013 that she had lymphoma. She endured two years of available treatments but saw little success. At that point she took the brave step of walking away from her treating physician at the Cleveland Clinic. “They wanted me to stay there and be their patient,” she says. “Unfortunately they were limited in what they could offer me. I was given a couple months to live, even with the treatments. I decided that was not good enough and vowed to fight it.”

The Search For A Treatment

Linda’s fight first led her to ask the advice of friends, which led to an online search and the discovery of a large cancer center that might meet her needs. She called the center and told them she wanted an appointment. The next day she and her husband drove more than a thousand miles to get to the facility. Upon arrival, she asked what could be done for her. The physicians suggested several studies, which would come to dominate her life for the next 12 months.

The first trial Linda participated in was conducted in September 2015 for subjects with non-Hodgkin’s B-cell lymphoma. The trial necessitated an infusion three times per week over several rounds of treatment. It took a total of five months for Linda to complete, wrapping up in February 2016.

“The infusion was used to flag the cancer cells,” says Linda. “The infusions worked very well for me, but I relapsed very quickly. This seemed to be a common problem for me. I would initially respond very well to the treatments, but would then relapse after the initial response. I was on a path towards receiving a stem cell transplant when we found the cancer had come back.”

Another problem Linda experienced was on the financial front. The clinic had notified her that she could save her receipts from expenses incurred during travel, such as gas, housing, and food. She saved all of her receipts. For a time, the efforts she made to beat cancer and manage those finances were her full-time job. Ultimately, saving receipts, itemizing them, organizing the expenses by month, submitting them in a timely manner, and getting the funds turned into a challenge.

“They told me there would be a turn-around time,” she states. “The trial lasted from September 2015 until January 2016. I submitted the receipts and performed follow-up with the clinic to hopefully determine when I would be paid. Months later, they continued to tell me the receipts had not been submitted for reimbursement.”

The receipts amounted to around $10,000. In May 2017, more than 16 months after she had submitted her receipts, she had still not received her reimbursement. Later in the year when she finally did receive a check, Linda notes it was for only $3,000. The other $7,000 remained outstanding.

Unfortunately, the story does not end there. Linda later took part in additional clinical trials with similar reimbursement issues.

Linda participated in a second trial after her relapse from the original treatment. She began the trial in March 2016 and received one infusion per month. Other cancer-fighting drugs were taken daily. Initially, the treatment’s side effects were very hard on her body. At one point, Linda thought she might not survive. Eventually, physicians were able to control the side effects and the treatment proved to be effective for her. After just two months her cancer was in complete remission.

Although the trial was successful for Linda, receiving reimbursement for cash outlays remained a challenge. Linda was told upfront that she would be refunded up to $2,000 in travel expenditures. She notes that as of January 2018 (almost two years after completion of the study) she had still not received any payment.

“The research nurse for that trial went so far as to reprimand me for asking about it,” she states. “I was simply inquiring about the status of a reimbursement they promised to pay me. I liked the person a lot, we spoke often during the trial, and we got along great. But I never did receive an answer as to why it would take so long to process receipts and cut a check to patients who had incurred personal expenses. They told me to be patient as it could take up to a year. We are well beyond that and I have still not received anything.”

Linda’s third and final trial was a stem cell transplant along with a conditioning regimen. This was again a tough treatment option and one that required an extended hospital stay. However, the treatment was successful at defeating her lymphoma. Today, other than taking a few drugs for kidney and liver damage that occurred during the trials, Linda reports she now lives a completely normal life.

Are We Patient Centric?

Although Linda seems to have beaten cancer and is happy with the results of her trial, the reimbursement problems bother me. I have long heard about the issues that exist with site payments, but this is the first I have heard of a similar issue impacting patients. These trials required a significant outlay of cash on the part of a patient. It angers me that companies can seem so lackadaisical in reimbursing patients that are a necessity for a trial, and then bemoan the fact that patient participation in trials is not higher.

According to Jim Murphy, CEO of payment solutions company Greenphire, patient reimbursement is as much a problem as site payments for a similar reason: Too many manual handoffs in an already antiquated manual payment process. He believes the problem exists within multiple stakeholders, including the site, sponsor, and CRO. Patient reimbursement delays can also be a product of delayed site payments, especially if the participant stipend or reimbursement funds are part of a grant payment.

Unfortunately, there is not one group at whom we can point a finger of blame, which makes the issue even more complicated. As a result, addressing the problem with just one stakeholder will result, at best, in fragmented advantages. Murphy notes that type of a solution can cause contention and a lack of accountability that is neither productive nor patient centric. Visibility, communication, and transparency for all parties involved are critical to eliminating the ambiguity, blame, and headaches inherent in manual payment operations.

The industry seems to be working to solve payment issues, and is recognizing that timely and convenient participant payments are vital to patient engagement and retention. Additionally, Murphy notes recent FDA guidance around participant payments and reimbursements further supports the sponsors’ ability and obligation to pay participants for taking part in clinical research.

Still, I hope to see even more done. Taking care of an issue such as patient and site reimbursements must be a critical step towards becoming patient-centric and ultimately being seen as a sponsor of choice. As an industry, we have to do better.