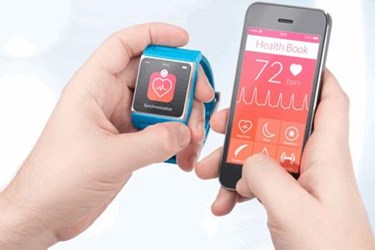 The patient advocacy firm Inspire has released the results of its second annual Insights From Engaged Patients survey. Over the last two years, Inspire has captured insights from nearly 24,000 patients and caregivers who face multiple health conditions.

The survey looked into several areas related to patient interactions with social media, physicians, and most importantly, pharma companies. Their insights provide useful information that should be considered by those hoping to engage patients in clinical trials.

“In order to play a key role in their disease management, e-patients seek to be as informed as possible when going to see their physicians,” says Dave Taylor, director of research at Inspire. “Ninety percent of respondents cited using at least one source of information to help understand their condition and the treatment options available to them; typically, from an online outlet. In fact, respondents reported using an average of four sources of information.”

In gathering information, condition-specific websites and blogs were the most commonly cited source of information and are used by 77 percent of survey respondents. That was followed by online search engines (74 percent), medical/scientific articles (53 percent), and online support communities (47 percent). All other sources were cited by less than 40 percent of patients, including books or magazines, doctor office materials, friends and family, and even other patients.

Facebook is the social media tool most likely to be used for healthcare research, and was cited by 22 percent of respondents. It was followed by blogs (19 percent), Google+ (16 percent), and YouTube (13 percent). When patients do turn to social media for advice, they generally find it to be fairly helpful. On a seven-point scale, the information received on doctors and treatment options rated a 5.26 and 5.08 respectively. While 39 percent of respondents reported having asked for or received advice related to health on social media, 41 percent have provided advice on the subject.

The report notes the overall frequency of health-based smartphone usage remains low, but investments the industry is making in this area might still be paying off. Fifty percent of respondents reported using smartphone apps or tools to manage their healthcare, almost double the number from the previous year. Patients under the age of 50 are more likely to use smartphone apps and tools than more elderly patients. And 30 percent of those who do not use smartphones do believe they would be useful in managing their health and medical conditions.

Patients accumulating healthcare information from Facebook and YouTube may be worrysome. But the good news is that when patients have information in hand, they are using it to their benefit. Over two-thirds of respondents reported going to appointments with notes and/or questions. Once inside the doctor’s office, most respondents (52 percent) claimed to be the one to initiate discussions around new treatment options.  Women were more likely than men to initiate new treatment discussions (54 percent to 45 percent). Eighty-nine percent of patients reported asking about treatment options at least once a year, with 44 percent asking about them every other visit or more often.

Unfortunately, insights shared by the patients were not all good for pharma companies. The survey found patients are generally disconnected from pharmaceutical companies. Patients participating in the survey were asked if they knew the name of the manufacturers behind their treatments. Only 12 percent of respondents knew the company behind all of their medications. Sixteen percent felt they knew the manufacturer of most of their meds, while 37 percent did not know any. Of the 14 percent who felt they had a relationship with their pharma companies, only 40 percent indicated it was a good relationship.

Patients cannot get well without taking their medicines. Respondents cited several reasons for not taking their medicines. Tied for the lead at 53 percent was the cost of the medication and the patient experiencing side effects. They were followed by issues with insurance coverage (40 percent), lack of effectiveness (33 percent), and an issue with dosing (8 percent).

“Having now completed this survey over the past two years, we believe many of the core elements of the healthcare landscape have been brought to light,” says Taylor. “As the industry continues its efforts to become more patient centric, the insights brought forth here should help reinforce the foundation and provide solid footing to build upon going forward. While there is still work to be done, the willingness of modern day patients to investigate their conditions and attempt to drive the decisions that affect their daily lives is promising for even better healthcare effect in the future.”