Pediatric Cancer Trials: Is There A Solution? 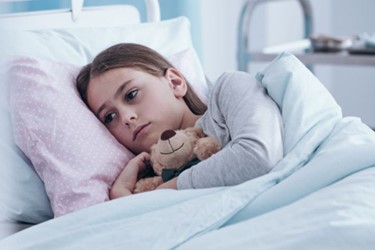 Why is it so hard to develop drugs for children with cancer? And what can be done about it? Those questions are central to a new study published in JAMA Oncology that explores new business models for funding drug development to treat pediatric cancers. Few patient populations are as helpless and in need of advocacy as children with cancer. The solution to the problem may lie in better collaborative investment approaches between public and private institutions.

The study was led by Andrew W. Lo, a professor at the MIT Sloan School of Management and director of the MIT Laboratory for Financial Engineering. Lo’s research found that a collaborative investment structure involving backing from government, the private sector, and philanthropic organizations holds the greatest promise for new drug discovery.

Although a new era of drug development has scientists exploring treatments for different types of cancer, Lo notes childhood cancers are being left behind. Pharma companies have historically faced significant financial disincentives to pursue pediatric oncology therapeutics, including low incidence rates, high costs of conducting pediatric trials, and a lack of funding for early-stage research. Despite these disincentives, Lo believes spurring innovation will require stakeholders to be more creative in their approach to financing.

Today, our understanding of childhood cancer is growing at the same time cancer mortality rates are declining. Still, sponsor companies face significant disincentives in pursuing new treatments. Childhood cancer is generally considered a rare disease and the market for pediatric cancer treatments is small. With drug pricing being a hot-button topic, pharma companies have fewer economic incentives to invest in rare disease therapies that can be expensive. Lo notes only about 15,000 cases of childhood cancer are diagnosed in the U.S. each year.

Another factor is a bit more technical. In pediatric oncology there are a smaller number of genetic mutations in children that can serve as drug targets, creating a greater challenge for researchers. There is also a difference in biology between infants, adolescents, and young adults. These differences tend to make drug development even more complex. A final factor is safety. Oncology drugs often have toxic side effects. Therefore, pharma companies can be reluctant to include children in clinical trials until safety has first been established in adults.

Drug pricing is the final large obstacle. Lo and his co-authors (Sonya Das, an MIT undergraduate, Dr. Peter Adamson, Professor of Pediatrics at the Children’s Hospital of Philadelphia and Chair of Children’s Oncology Group, and Dr. Raphaël Rousseau, Chief Medical Officer at Gritstone Oncology) ran several simulations to evaluate the economic viability of a development effort that would have multiple cancer projects funded and developed simultaneously.

Lo’s team found that a purely private-sector-funded portfolio of Phase 1 projects produced expected returns ranging from 10.2 percent to 24.2 percent, depending on pricing assumptions. The 10.2 percent figure required a whopping $1 million price tag per course of treatment for each approved drug.

What does that mean for developers? To make pediatric cancer drug development economically attractive for pharma companies, treatment prices would need to range from several hundred thousand dollars to over a million dollars. That would not sit well with parents and caregivers struggling to keep children alive.

“When lives are at stake, such lofty prices may seem like price gouging even though such prices may be justified from a cost-effectiveness perspective,” states Lo. “The political ramifications could be immense, so the issue is treated like a third rail— no one wants to touch it.”

This is what led researchers to find a new method of funding development. To make progress in fighting these deadly childhood diseases, Lo’s team argues that a new approach to funding pediatric drug development is needed.

Government And Charities Can Carry The Risk

Other simulations involved including philanthropic support, government guarantees, and portfolios of assets that include both late- and early-stage assets. In those simulations, the study reported expected returns ranging from –5.6 percent to 22.5 percent.

For pharma, the benefits of this funding model are great. Lo notes the private sector still does the heavy lifting, but the process of taking preclinical research through to Phase 1 clinical trials, where the financial risk is greatest, is taken on by government and charitable groups. “Philanthropic support helps pay for the R&D in the early stages and the government guarantee reduces the downside risk of investment at a reasonably low cost to taxpayers,” says Lo. “This is the kind of collaborative approach that’s needed to make pediatric cancer drug development attractive to both investors and the private sector.”

The authors of the report published the full details of the simulations in the supplementary materials that accompany the article. This was done to encourage other researchers and practitioners to experiment with and extend their analysis. The team also made all of their computer code open-source and freely available.

“Our hope is that government agencies, policymakers, philanthropists, drug companies, and investors will be motivated to action by our findings,” adds Lo. “Treating childhood cancer is a nonpartisan issue, and under the right financing and business structures, we can do well by doing good.”