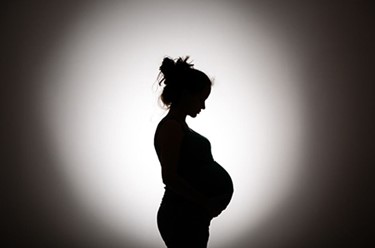 I was recently surprised to discover that vaccinating pregnant women is not a new concept. In fact, according to Dr. Judith Absalon, senior medical director in vaccines clinical research and development at Pfizer, vaccinating pregnant women goes back several decades. Still, we seem to be amid a new frontier in vaccine innovation. Although many pharma companies have no interest in vaccines, several large companies such as Pfizer and GSK are moving forward with new products that can be used during pregnancy. Pfizer is currently conducting clinical trials on the first vaccine that may be used in pregnant women to protect their unborn children.

Vaccines such as tetanus have been tested on or given to pregnant women for decades. However, with pregnant women seen as a vulnerable population, pharmaceutical companies and the healthcare system have historically moved away from that approach.

“This testing has been done in the past, but the industry did not possess a large volume of information about whether or not vaccines are safe, especially for the infant,” says Absalon. “Researchers and regulators felt that population was too vulnerable. Once a population is deemed vulnerable in clinical trials, it becomes more difficult to perform studies on that population. There are a lot more precautions that must be taken.”

The shift in this mindset really came about with the use of flu vaccines and Tdap (tetanus, diphtheria, pertussis) in pregnant women. When a woman is pregnant, she is at a higher risk of complications if she catches the flu. Around 2009, during the H1N1 pandemic, pregnant women were given a flu vaccine.  Absalon notes it was necessary to vaccinate people who were at the highest risk. That included very young children, older adults, pregnant women, and people with chronic medical diseases.

Several years later there was a resurgence of pertussis (whooping cough) in young babies. Very young children, especially those in the first couple months of life, are unable to mount their own immune response. As a result, they cannot be vaccinated.

Babies can receive a vaccine for Tdap but not before they turn two or three months of age. Therefore, the only way to protect infants against pertussis was to vaccinate the mother during pregnancy. The hope was that some of those antibodies would get through to the child. Registries also exist which collect information on the safety of vaccines given to pregnant women.

“Through the information that has been collected, we determined that these vaccines are quite safe for both the women and their children when used during pregnancy,” says Absalon. “The CDC now recommends that women receive a flu vaccine with each pregnancy. Tdap or a tetanus vaccine are now recommended for pregnant women in many countries. The data show these vaccines can be given to mom and baby without major side effects.”

The vaccine Pfizer is currently developing through clinical trials on pregnant women is called GBS6, which is short for 6-valent Group B Streptococcus (GBS) Vaccine. It is an investigational vaccine designed to protect against GBS infection. GBS is a bacterium found in 10 percent to 40 percent of pregnant women. In young infants three months of age or younger, GBS manifests as sepsis (a blood infection), pneumonia, and meningitis, with potentially fatal outcomes. For those infants that survive, long-lasting neurological damage is possible in up to 40 percent of those infected. Mortality can be as high as 47% in some countries.

“The bacteria are something everyone carries, either in the gut, vagina, or rectum,” says Absalon. “It is something we call a commensal bacterium. That means for most people, it will not have any impact on them. However, if the bacteria exist in the vagina of a woman, we believe their baby can be exposed during delivery. That exposure will not impact most children, but a small proportion of infants are at an increased risk of contracting the disease. We are not sure why some children get infected, but many will become very sick within the first day or two. Others will become sick within the first three months of birth, possibly via exposure from another source such as breast milk or contact with the mother.”

Pfizer’s Phase 1/2 trial was a first-in-human study using the vaccine. The trial was a randomized, placebo-controlled observer-blinded study. It was conducted in the U.S. and the vaccine was administered to healthy adults who did not have GBS. Men and women were administered different doses and formulations of the vaccine and researchers examined the vaccine for safety and to determine the immune response. The second Phase 1/2 trial started recruiting participants in January however the first group of pregnant women were enrolled starting in July. It will enroll pregnant women in South Africa, a country with one of the highest GBS disease burdens.

“We chose South Africa because GBS is a disease that is global,” notes Absalon. “We wanted the vaccine to be available to populations at the greatest risk. In the U.S., we screen every pregnant woman and treat those who are positive for GBS with antibiotics. For that reason, our rates of the disease are low, approximately 0.25 per thousand babies. In South Africa the number is as high as three babies per every thousand. Pregnant women in South Africa are also not screened for the bacteria as they are in the U.S. They will be screened only if they have a known risk factor, such as a previous child being born with GBS or having an active urinary tract infection. It made sense to evaluate the vaccine there.”

Expertise in the disease was another deciding factor. Some of the world's leading experts in GBS and maternal immunization are in South Africa. One investigator Pfizer worked with has spent many years conducting clinical trials on vaccines in pregnant women. With that expertise in place, Pfizer felt they could conduct the trial safely and effectively. The longer-term plan is to conduct the trials globally. Later phase studies will be conducted in several countries with both high-income and low-middle income populations.

Understand The Standard Of Care

Although the next Phase 1/2 study is not expected to present any significant challenges, there were a few issues that concerned Pfizer. The first is that the trial in pregnant women would be conducted in a low-middle income country. That means many facilities could be limited in resources as compared to the U.S.

A second concern was understanding the standard of care for pregnant women in South Africa. Pfizer wanted the study to be collaborative with experts in the country. The company engaged in discussions with regulators as well as key opinion leaders when developing the study protocol. The goal was to better understand the available standard of care.

“We wanted to know what these women typically have access to,” states Absalon. “That would allow us to understand any potential challenges we might face. “For example, we wanted to know if most women delivered in a in a hospital, clinic, or at home. We wanted to know how long it would typically take for them to get in to see a physician or healthcare provider. We took the time to understand how things function in South Africa and adjusted our study accordingly.”

In addition to the primary site, Pfizer selected sites that had participated in maternal immunization trials or had extensive clinical trial experience. The selected sites also had connections with the care clinics most pregnant women visit.

One difference between the U.S. trial and the one underway in South Africa is the language barrier. Most trial participants in the U.S. speak English. In South Africa, there are many different spoken languages. That meant all written trial materials had to be translated into multiple languages. Those languages can differ slightly from one province to another. “Whether you are in Cape Town or Johannesburg, you will find similarities as well as differences,” says Absalon. “The language spoken by the population is generally the biggest difference.”

Ensure The Safety Of Participants

Absalon states Pfizer wanted to ensure the safety of the women and unborn children involved in the study. The company developed an extensive plan around how to assess pregnancy-related safety events. Developing the plan entailed using data available from the South African government and published literature. Pfizer is also using an external data monitoring committee that reviews the collected data two to three times a year.

“We have an internal safety review committee that looks at the data even more frequently,” says Absalon. “Our clinical team is blinded to whether the trial participant is getting the vaccine or the placebo, but the safety review committees see the data in an unblinded fashion. They can act very quickly if they see something that concerns them. They are also capable of pausing the study, if necessary, to gather more information.”

Recruitment for the study was not a challenge. Most pregnant women in South Africa get their care from a clinic and deliver their children in those facilities rather than at home. Women who participate in trials can also get better care than those who do not. Absalon notes that although there is some anti-vaccine sentiment in the U.S., that mindset does not seem to exist in South Africa. Women are generally acceptive of vaccines and understand they were designed to protect their children.

Some of the funding for the current trial was provided by the Bill and Melinda Gates Foundation. The Foundation targets low- and middle-income countries and became aware of the work Pfizer was doing in South Africa. The rest of the program will be funded primarily by Pfizer.