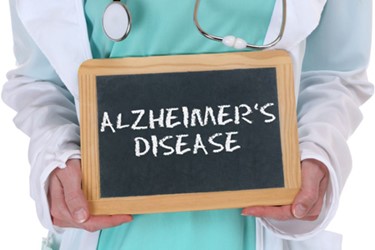 Elliott Goldstein has over 35 years of experience working in the pharma industry. He is currently the president and CEO at ProMIS Neurosciences, a biotech company developing precision therapeutics and companion diagnostics for early detection and treatment neurodegenerative diseases. He has worked on the development of a couple of blockbuster drugs, but believes he is now part of the most exciting project of his career.

There is a large and growing unmet medical need in the U.S. for patients with Alzheimer’s disease and their care givers. A March 2018 article on Forbes notes there are now 5.7 million Americans living with Alzheimer’s due to the aging baby boomer population. The cost of caring for them has now hit $277 billion. By the year 2050, there are expected to be 13.8 million cases, with the cost of care expected to soar to a whopping $1.1 trillion. Additionally, 16 million Americans provide 18.4 billion hours of unpaid care in the form of physical and emotional support. The financial impact of that care has been estimated to be an additional $232 billion.

“If we cannot get our hands around this problem, it will surely bankrupt our healthcare system,” says Goldstein. “But the good news is there is finally some real hope on the horizon.”

ProMIS remains a young firm with Goldstein and executive chairman Eugene Williams taking over the company and changing its name just three years ago. But Goldstein notes the science ProMIS is pursuing has been under development at the University of British Columbia (UBC) for more than 15 years. The company develops antibody therapies that are highly selective for the toxic, misfolded proteins that are now suspected of being root causes of various neurodegenerative diseases. ProMIS has a special focus on Alzheimer’s and ALS, although Goldstein states there are more than six neurodegenerative diseases where a misfolded protein is known to be the root cause.

“Our lead antibody for Alzheimer’s disease, PMN310, is highly selective at targeting the toxic oligomer form of Amyloid beta (a brain protein),” says Goldstein. “There are three forms of Amyloid beta, but the oligomer form is the only one that is known to be toxic. PMN310 has also shown significant potential advantages over aducanumab, an Alzheimer’s treatment being developed by Biogen that has been shown to slow the cognitive decline in patients.”

PMN310 is expected to enter Phase 1 human clinical trials in 2019. Eight other products in the company’s pipeline, which address Alzheimer’s, ALS, or Parkinson’s Disease, are currently in discovery or preclinical.

Make Sure your Children Can Be Fed

Goldstein and Williams had several challenges to overcome when taking over the company. Goldstein states that as a small company, there are things you begin to understand only after hitting your head against the wall many times. The first is clinical focus.

“When you have a stunning new technology, you find it can easily be applied to six or eight different diseases,” states Goldstein. “Many companies are tempted to go after all of them. But, if you launch six different programs for one molecule, you end up moving them forward about a half inch at a time. That is not good for the company or for patients, and it is a model that is almost guaranteed to fail. Small companies only have enough resources to focus on one program.”

Goldstein believes the correct path forward is a relentless focus on the opportunity that makes the most sense, both in terms of your science and market opportunity. The first thing Goldstein and Williams did was to re-focus the company. They decided that 95 percent of their time, energy, resources, and money would be spent on finding an effective treatment for Alzheimer’s disease. They have since placed a relentless focus on that outcome.

“That is now my full-time job,” says Goldstein. “I am a task master making sure our scientific team stays focused. I look at it this way: Let’s say you want to have six children but can only afford to feed one. What do you do? You can have six and give each one a little food. But then you will have to watch all of them starve. You can choose your favorite one and simply not feed the others. Or you can decide to have only one child and make sure that one offspring is properly fed. That is the position we are in with PMN310. We decided to have one child, and that child is Alzheimer’s. When we get that one out of the house we will worry about the next one.”

Manage Risk As Early As Possible

Since 2015 the company has raised over $20 million to fund its research. The market cap of the company was essentially zero in 2015 and is now close to $100 million. ProMIS also carries no structured debt, which Goldstein believes is toxic and harmful to small companies. The company is decentralized with around 15 scientists stationed at UBC. The main U.S. site is in Cambridge, MA, which is home to about a dozen employees in the development group. Goldstein notes he also works with consulting specialists in the world.

Going forward, another challenge for Goldstein and his team will be managing risk. Clinical trials are risky, and many believe a lot of that risk is not eliminated until you get a product through to Phase 2 or Phase 3. But Goldstein questions at what phase of the development process companies try to eliminate a lot of the risk.

“It’s ridiculous for any company to take a preclinical or Phase 1 risk into Phase 3,” says Goldstein. “When a risk arises in preclinical or Phase 1, you solve it there. In pharmaceutical product development, we know we are building leaky boats. But we know if we build 10 boats properly, one of them will complete its journey. The problem for pharma executives is trying to figure out how to detect the leaky boats as early as possible, so that only the good boat is advanced forward.”

Goldstein believes there are two ways to do that. The first is to load up all the boats with people and resources, and then put them out to sea to determine which ones will float. “That method is very expensive and wasteful, and would be tantamount to taking all of your risks into a Phase 3 trial,” he says. “The less risky way of doing it is to look for potential flaws as you are building the boats. If a boat leaks you can repair it or abandon it. That enables you to weed out the bad ones and only move forward with the good ones. That is what we are trying to do. A company is risking $1 million when it tries to resolve a problem (or abandon the asset) in preclinical or Phase 1. The risk increases to $100 million if that problem is carried forward into a Phase 3 trial.”

To cut back on the risk level, ProMIS has made sure its antibody program for Alzheimer’s is as selective and specific as possible for going after the toxic killers of neurons. This will eliminate potential leaks before the boat ever sets sail.

After years of failed clinical trials for Alzheimer’s, Goldstein is hopeful that researchers are finally on the right path. “This is a really exciting time for folks who have devoted a lot of time and effort into finding a treatment,” he adds. “We had a lot of failures, but those failures have taught us what not to target. We now know to target misfolded and toxic oligomers. That is what we are pursuing.”

In June 2018 ProMIS announced it had initiated producer cell line development for PMN310. Selexis will manufacture the antibody.