Quintiles VP: We Must Transform Clinical Development To Meet Challenges 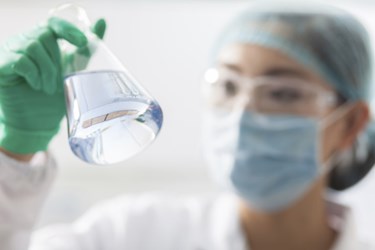 Making his introductory remarks as Chairperson for the 5th Annual CROWN Congress in Philadelphia earlier this year, Martin Giblin, VP of Data Science, Safety and Regulatory Operations for Quintiles, painted a bleak view of some of the challenges currently facing the world healthcare system, and the pharma industry as well. He notes the following statistics: 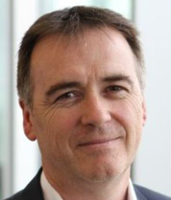 Those are very sobering statistics. Although pharma and biotech companies are working on cures, the numbers on that side of the aisle are equally grim. It takes about 10 years to develop a new drug at a cost of approximately $2.6 billion, according to figures from the Tufts Center for the Study of Drug Development. A whopping 80 percent of that time and cost is associated with clinical trials.

“On top of that we also have a productivity challenge,” says Giblin. “When you look at regulatory approvals over the last 20 years, we seem to be stuck at a pretty low level. Too many of our therapies are failing in Phase 3, which is extremely expensive and wasteful. Although there has been some improvement in recent years, many of those successes are targeted and narrow. So while the number of approvals is going up, the number of patients impacted by them may not be increasing.”

So what does the industry need to do? Giblin believes there are a few areas of focus for pharma moving forward. The first is a greater focus on the patient. By becoming more patient centric, he believes the industry will be better able to put the right patients in the right trial at the right time. The second area is data. He notes the industry will need to look at the vast amount of clinical data that is available and determine how to make better use of it. “When a patient enrolls in a trial, ultimately the only way they are represented is by the data we collect about their experience,” he notes. “Companies have vast reservoirs of data that have been collected over the years. We need to learn how to use that data more effectively, which will require pharma companies to become more competent with data management, including the analysis, control, and reuse of the data. That will have to be a core competency in the future.”

Technology is also changing the way operations works. New systems and capabilities are making the industry more efficient, and innovation will continue to enhance those operational processes. This will be necessary to boost both the quality and efficiency of trials, while reducing timelines and redundancies. He recommends alternative development pathways to speed therapies for unmet medical needs, risk-based monitoring to eliminate 100 percent source data verification where it is not necessary, and using technology and enhanced processes to deliver higher quality results in a timelier manner.

Finally, he believes strategic partnerships will be vital to bringing new medicines to market faster. Using outsourcing best practices and the right tools will allow both pharma and CROs to communicate and work together more effectively.

Properly Engaging Patients Will Be Critical

Of the four areas of focus mentioned by Giblin, he believes properly engaging with patients may be the most critical. Again citing figures from Tufts, he notes investigator participation in trials is declining by more than three percent year over year. From 2002 to 2012 the work burden of sites has increased by 73 percent in Phase 2 trials, while the total amount of U.S research dollars spent on enrollment costs has reached 40 percent. “I was speaking to an investigator recently who told me their study coordinators are only able to handle half the number of trials they were able to handle just a few years ago,” notes Giblin. “That trend is hugely impactful to those of us trying to complete trials successfully.”

Of course the problem is not just investigators. Getting the right patients on board for a study is also becoming more difficult. PwC estimates that by the year 2018, 50 percent of the 100 top selling medications on the market will be specialty pharmaceuticals. That means more trials will be looking for specific and sometimes rare patients. As a result, Giblin believes the industry will have to quickly recognize how this change will impact clinical trial operations, design strategies to properly engage patients, and identify those investigators who will best be able to engage with those patient populations.

“A little girl named Evie came to one of our management meetings at Quintiles last year,” adds Giblin. “She had been enrolled in a clinical trial for a potentially fatal rare bone disease. The trial helped to improve her condition quite rapidly, giving her and her family hope for her future. This is what our industry is all about…hope for a better life, hope for a longer life, hope for a healthier life, and the hope for a cure. By working together we can improve the chances of people like Evie having a better life.”