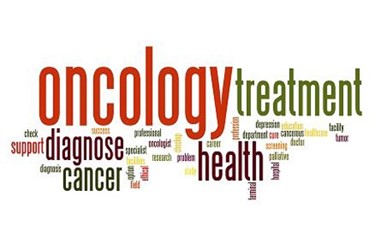 Cornerstone Pharmaceuticals had been around for approximately 16 years before changing its name to Rafael Pharmaceuticals in 2017. The company’s lead compound CPI-613® (devimistat) is currently undergoing numerous clinical trials, including: a Phase 3 trial for pancreatic cancer, a Phase 3 trial for acute myeloid leukemia (AML), a Phase 2 trial for relapsed Burkitt’s lymphoma, five additional Phase 1/2 trials, and several preclinical studies.

“In 2017, we were entering a very different phase of the company,” says Sanjeev Luther, president and CEO of Rafael. “We started two large Phase 3 trials and realized we were moving from an early-stage organization to a late-stage, commercially-focused organization. We also knew our treatment approach was different from what other companies were doing.”

While many other oncology companies are focused on the development of targeted immuno-oncology therapies, Rafael is working on a cancer metabolism drug that has the potential to revolutionize cancer treatment. The company’s primary objective is to produce highly effective anti-cancer agents that have minimal toxic effects on normal cells and tissues. By attacking metabolic processes that are unique to cancer cells, the company hopes to significantly improve the safety profile and efficacy of cancer treatment.

“Our drug targets metabolic pathways,” says Luther. “We currently have five orphan drug designations. In the U.S., there are more than 50,000 new pancreatic cancer cases every year, and 40,000 of those patients will die in stage four, metastatic cancer. We are one of the only companies working in stage four, metastatic pancreatic cancer. Our work is very exciting, but also very scary. In the last two years alone, several different drug trials in pancreatic cancer have failed. Our trials represent hope for all of the patients awaiting an effective treatment.”

Half of Rafael’s pipeline focuses on solid tumors in a patient’s upper and lower gastrointestinal system. That includes pancreatic, esophageal and colorectal cancers. Thus far, the Phase 1 and Phase 2 trial data for treating those cancers looks promising. The other half of the portfolio addresses hematological malignancies, such as AML, myelodysplastic syndromes (MDS), and T-Cell and Burkitt's lymphoma.

Oncology trials often present unique challenges to researchers. Pancreatic cancer is no exception. One of the biggest challenges for Rafael has been identifying the right patients for these trials. Luther notes pancreatic cancer is fast moving. It is also difficult to catch the disease in stage two or stage three. By the time a physician or oncologist can make the diagnosis, many of these patients will be in stage four when the cancer is already metastatic.

“At that point, you cannot just treat that tumor or surgically remove it because it could already have spread to the liver, kidney and lungs,” notes Luther. “This is an area where we believe our lead compound, CPI-613, can be successful.”

Cancer cells have a much higher metabolic rate than healthy cells. When CPI-613 is administered as a metabolic drug, it can target cancer cells while bypassing healthy ones. That makes the toxicity profile of the drug much better than chemo drugs, such as Gemcitabine, Abraxane, or FOLFIRINOX. In trials, CPI-613 is being used in combination with those chemo treatments. By binding with the standard of care, CPI-613 can attack cancer cells, while lowering the dosage and toxicity of the treatments. That also allows patients to be treated for a longer period.

Orphan Designation Not Always A Blessing

Orphan drugs are developed for smaller populations. Unfortunately, smaller populations also mean it’s harder to find patients for clinical trials. He cites Burkitt’s as an example. Unfortunately, those who relapse will end up in a hospice program with very little time left to live. These patients are very sick, and Luther estimates there may only be about 1,200 of them in the U.S.

“These patients are very difficult to locate, and when you do find them, they do not have a long life expectancy,” says Luther. “Sometimes, that shortened lifespan does not provide you with the opportunity to administer even four or five doses.”

The situation is slightly different with AML. The number of patients being treated for MDS is higher than for Burkitt’s, and about 35 percent of those patients will progress to AML. That leaves a population of 25,000 to 30,000 AML patients in the U.S., but Luther notes the relapse makes those patients difficult to treat.

Pancreatic cancer has a larger population, with more than 50,000 patients in the U.S. and possibly between 500,000 and 1 million worldwide. Still, there are patient recruitment challenges, which Luther attributes to the declining lifespan of patients and the number of therapies that have already failed.

Rafael recently enrolled its 100th pancreatic cancer patient in its Phase 3 randomized trial. One benefit the company faces is that this is the only stage four, metastatic pancreatic cancer trial underway. That means Rafael faces little competition for those patients. But finding the right patients is still a challenge.

“This is a pivotal trial, and there are a lot of inclusion and exclusion criteria,” states Luther. “We can’t take any pancreatic cancer patient and enroll them in the trial. Patients must be stage four, metastatic, and treatment naïve. If a patient has already been treated with chemo, they cannot join the study.”

A second challenge is that patients have access to the internet and are becoming better educated about their treatment options. Rafael’s study will be a randomized trial, which means only half of the patients in the trial will receive the study drug. Rather than risk getting the standard of care – FOLFIRINOX alone – patients will attempt to get the medication via a compassionate use request or the new right-to-try legislation.

In the AML space, the challenges are different. Patients who relapse are difficult to treat, and there are other trials in the U.S. competing for patients. Venetoclax, a drug from AbbVie, has also been approved by the FDA for treating AML and is being used in combination with other products.

“AbbVie is the major player in the AML space,” states Luther. “For a small company like Rafael, it is hard to compete with them for patients. Enrollment has been very difficult for us in the AML space, and for that reason, we have decided to expand our AML trial outside of the U.S. We now hope to recruit patients in Europe and Asia, while continuing to enroll patients in the U.S. as well.”

The Burkitt’s clinical trial is currently in four U.S. sites, but finding patients before they die or are unable to walk remains a difficult challenge. In the T-cell space there are, again, a small number of patients and few physicians working with them.

“I don't want to paint this totally grim view,” adds Luther. “We are going after five orphan designations. If successful, we have the potential to treat upwards of 100,000 patients in the U.S. alone. Not many companies can say that, and it is enabled by our strategy of pursuing multiple targets with a single molecule.”

Taking a trial global also presents challenges. The first is finding a CRO that has global capabilities. After conducting a search for the right partner, Rafael opted to go with two large, global service providers. IQVIA manages the AML trial, while Covance was selected to manage the pancreatic cancer trial.

“Global trials are difficult,” states Luther. “There are language barriers. You must deal with regulatory issues simply getting your drug into certain countries. We do not have that expertise in house, so we have to rely on partners.”

Global trials also require a good understanding of the sites and the personnel working in them. Rafael just launched clinical trials for both pancreatic cancer and AML in Korea, Austria and France. For those trials to be a success, the company must talk to primary investigators directly in these markets to make them aware of the nuances of the drug and the treatment paradigm. One component of those visits is ensuring the quality of the staff at the sites. Luther believes you also must get investigators excited about the study. That process will be repeated in other markets.

“Hiring a CRO that understands these countries is a big benefit, but your work doesn’t end there,” says Luther. “You need to be personally involved in those sites and monitor the progress.”

Finally, Luther cautions against delegating every responsibility to employees or your CRO. Much of his time is spent running the company, but Luther still spends a significant amount of time keeping an eye on the trials.

“Trials are the bread and butter of any small company,” he says. “I have personally visited sites in the U.S., such as MD Anderson, New York University, University of Pittsburgh Medical Center, and Karmanos Cancer Institute, as well as global sites in Israel and Korea. I want to make sure that they understand how to use the drug and are collecting and reporting the data the way they're supposed to.”