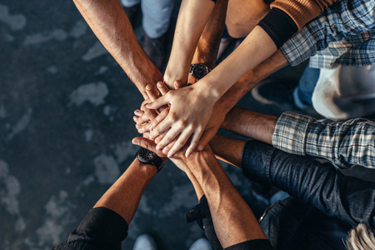 Minoryx Therapeutics is a small biotech hoping to bring new hope to patients suffering from orphan CNS diseases. The company of 25 employees was founded in 2011 and is seeking treatments for diseases with a high unmet medical need. The company’s leading program is leriglitazone, currently in development for multiple CNS disorders. Leriglitazone is a small-molecule selective PPAR gamma agonist.

“The lead indication for leriglitazone is x-linked Adrenoleukodystrophy, a neurodegenerative disease,” says Marc Martinell, CEO of Minoryx. “The treatment has demonstrated preclinical proof-of-concept in animal models of the disease and successfully completed Phase 1 trials. The treatment is also in a Phase 2/3 study for Adrenomyeloneuropathy (AMN) and Phase 2 trials for both cALD and Friedreich’s Ataxia.”

That meant Minoryx had to go out and locate data that would help with the study design. Martinell notes there is usually data on a disease that resides somewhere, even if that data is not public. He felt that was true of the three studies Minoryx was conducting, and job number one became locating that data. By visiting hospitals and sites that were working with patients, he was able to access the data needed.

“The first thing you need to do is identify medical professionals who are experts on the rare disease,” says Martinell. “Once you find these individuals who are working with patients, you can find data on the symptoms and progression of the disease. We were able to access and analyze the data they had collected. Based on that analysis, were able to draw conclusions on what the right endpoints should be and then design the study. We shared the data and our conclusions with regulators and received approval to move forward from both the FDA and EMA.”

Interact With Regulators And Patients

As an example of how the process works, Martinell points to his company’s AMN study. Minoryx was able to quickly move from proof of concept to a registration enabling Phase 2/3 study. The Phase 2/3 study was the largest ever conducted on that indication and would require three years to complete. He knew this would be a long and expensive commitment by his company.

“We reviewed the available data and from that information we developed a design for the trial,” he states. “We then had to get regulators to agree on the key aspects of the study before starting it. Without that approval, doing the study would have been too risky and it would have been difficult for us to get the funding we needed.”

Another example is the company’s Friedreich’s Ataxia study, which required a different interaction with regulators. In that case, the disease was better known to physicians and Minoryx was able to locate more data on the progression of the disease. The company designed a Phase 2 trial and, upon completion of that study, will discuss the results with regulators to determine future steps.

Martinell notes in orphan disease trials, the patient perspective is critical. Minoryx spoke with patients, caregivers, and patient advocacy groups to better understand the patient journey and what mattered most to them. He notes those quality of life insights must be taken into consideration along with the objective endpoints deemed relevant to regulators.

“Ultimately you want an FDA or EMA approval, but your job is really about improving the lives of patients,” he says. “What patients want and what regulators want will not always align. And then you must also look ahead and determine what factors will be important to payers so they can also be included in your study. There were many stakeholders we had to listen to in designing the trial.”

While the opinions of patients were helpful in designing the trial, they also helped connect Minoryx to other patients and key opinion leaders. The stories they were able to tell were inspiring but also constructive.

Minoryx hoped to recruit 116 patients for the AMN study, which Martinell felt would be ambitious. To do so he performed a lot of research and identified physicians and sites that had experience with the disease and would be able to recruit patients for the study. The company identified seven sites in seven countries in Europe and three others in the U.S.

Martinell expected recruitment to take a year but was able to finish ahead of time. He believes the research performed and the interactions with patients helped make recruitment successful, but medical need and expertise were also factors. There were no other treatment alternatives available and he believes Minoryx is currently recognized as the most advanced company operating in the AMN space.

“Our Ataxia study also finished recruitment ahead of schedule,” says Martinell. “It is no coincidence that we were able to finish recruitment ahead of schedule on two different studies. One of our goals is to always work with the right people. If you build a close relationship with the right people you will be well positioned to recruit the patients you need and meet your timelines. Our partnerships with key sites and physicians help us meet those timelines.”

Minoryx is a small company and therefore it does work with CRO partners. The company has 25 employees and Martinell notes a company that size needs the experience and support of a contract provider. However, he does not agree with handing a study over to a CRO and hoping they come back with the data you need.

“I have seen companies do that, but I do not agree with that approach,” he says. “Our team is deeply entrenched in the day-to-day operations of a study. We have many interactions with the clinical sites and even with the technology vendors being used by the CROs. We believe it is essential to be closely involved with a study even when it is outsourced to a partner.”

The selection process is something Martinell and his team take very seriously. They primarily look for experience in the rare disease space, experience in the specific therapeutic area, and experience in the specific phase of a study. He believes patient recruitment is particularly challenging in the rare disease space and will look for CROs that can develop a good working partnership with sites. The selection team will take a close look at the CROs on their short list and choose the one that is the best fit for each individual study. The company is currently running three clinical phase trials and is working with three different CROs.

Another challenge Minoryx faced was gaining the respect of KOLs in the space, specifically the physicians who treat rare disease patients. A small company is generally not known to many experts in a therapeutic space. The company name will not be recognized like Biogen, Merck, or Pfizer. You can tell people you have a molecule that may treat the disease, but Martinell notes their reaction might be, “Excuse me, who are you?” Unfortunately, many KOLs do not trust companies they are unfamiliar with. The only way to overcome that concern is to talk to as many people as possible.

“It takes time,” adds Martinell. “You need to get KOLs to trust you and believe in you. The only way to do that is to talk about your molecule. You need to talk about the disease, your molecule, and the science behind it. You need to discuss your development plans and get some of those KOLs to know you are approaching this trial in a thoughtful manner that places a priority on the needs of the patient. At the end of the day, their primary concern is taking care of their patients. They need to trust you before they will allow you to care for their patients.”