Report: EMA Recommendations Were Not Followed In France 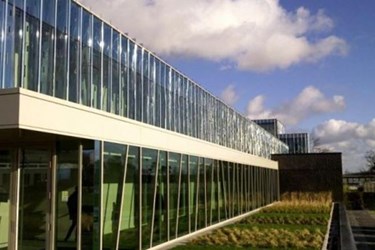 ANSM, the national drug safety agency in France, has issued a timeline of the events that culminated in the death of one trial participant and the hospitalization of five others at a clinical trial performed at clinical research firm BIOTRIAL. As was speculated by researchers at the UK’s Royal Statistical Society (RSS) last week, the timeline confirms that all six of the volunteers who were hospitalized after the study received an escalation of the dose at the same time.

As noted in two earlier articles I produced on this topic (What Went Wrong In France? and Did Poor Protocol Design Lead To The Clinical Accident In France?), the dosing did not conform to EMA recommendations which were put in place after a trial in the U.K. in 2006 resulted in six men having serious adverse reactions. All had to be treated for organ failure, and two became critically ill. Those recommendations specified that adequate time intervals be incorporated between the dosing regimens on study participants. The intervals were identified as important aspects of trials by both RSS and the EMA as they allow investigators to monitor participants for possible side effects before exposing other patients to the drug.

The Duff Report, written in response to the U.K (TGN1412) trial, noted the medicine should have been tested in one person at a time. It also helped to put additional safety measures in place. The Medicines and Health Products Regulatory Agency (MHRA) now requires committees to look at pre-clinical data to determine the proper initial dose, and rules are in place to stop the trial if unintended reactions occur.

Although Bial, the Portuguese company that sponsored the trial, has still not released much information on the drug being tested, we now know the trial was titled “Double-blind, randomised, placebo-controlled, combined single and multiple ascending dose study including food interaction, to investigate the safety, tolerability, pharmacokinetic and pharmacodynamic profiles of BIA 10-2474 in healthy volunteers." It was a Phase 1 clinical study involving healthy male and female volunteers between the ages of 18 and 55. The study involved a stage of first administration to humans of BIA 10-2474, intended to assess the safety and tolerability of the drug after single and multiple oral doses.

The request for clinical trial application (CTA) was submitted to ANSM by BIOTRIAL on behalf of the sponsor on April 30, 2015. It was authorized on June 26, 2015 after some exchanges and modifications to the protocol. Pre-clinical trials relating to this product were not conducted by BIOTRIAL.

According to the timeline released by ANSM, the first patient was dosed in early July with 0.25 mg. Those dosages were then increased, with some participants receiving as much as a 100 mg does in October 2015. No issues seem to have come to light (or were reported to ANSM) until January 10, 2016. On that day, the fifth of administration of a 50 mg to eight participants caused one volunteer to show symptoms that required hospitalization later that evening.

The following day, seven other volunteers received the sixth treatment dose in the morning. That day, the participant hospitalized the previous evening received an MRI and was in a coma. At that point the trial was discontinued per the agreement between BIOTRIAL and the sponsor. Between January 13th and January 15th the five other volunteers were also hospitalized, with ANSM being notified of the adverse events on January 14th.

BIOTRIAL is a French-based firm that was formed in 1989 and has conducted thousands of trials. Bial has disclosed the drug was a FAAH (fatty acid amide hydrolase) inhibitor, which is an enzyme produced in the brain and elsewhere that breaks down neurotransmitters called endocannabinoids. Little more is known about it, and there does not appear to be any entry for it in clinical trial registries.

French health minister Marisol Touraine has asked the Inspector General of Social Affairs to lead an investigation into the circumstances around the trial. She notes the drug had been tested on animals, including chimpanzees; the trial had been approved in 2015 by France's National Agency for Medicine and Health Products Safety. The drug was intended to treat mood disorders such as anxiety. While the men were administered varying doses, the patients who are hospitalized were taking the drug "regularly". Pharmaceutical giant Johnson & Johnson has voluntarily suspended testing on a similar drug until more information on the tragedy comes to light.