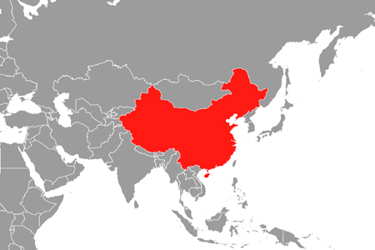 There are many factors attracting sponsor companies to China. According to an article on the website of consulting firm Credevo, the country has an aging population with an estimated 2.2 billion hospital visits each year. China boasts 29,140 hospitals and over 1 million independent outpatient clinics. There is a large and growing network of qualified hospitals to conduct trials and skilled clinical trial project leaders. There is also government support for international partnerships and an improved regulatory environment for trials and new drug approvals.

As noted on CR Medicon, the usual duration for the China State Food and Drug Administration (SFDA) to approve clinical trial applications is 10 months. Regulatory reform that has taken place in China has improved the trial review and approval process. Those improvements include an updated IND review procedure instituted in 2019. Applicants can generally carry out trials within 60 days of the application date. Applicants need only complete three steps (pre-IND meeting, submission of the filing to the CDE, and CDE review and approval) to carry out an IND upon elimination of needing to apply to the provincial FDA. The time period for a regulatory approval has also been substantially shortened from 265 days to 65 days.

The industry has certainly taken note of these changes. A report from GlobalData shows the extent of the growth of clinical trials in the Asian nation. The report notes the landscape of global clinical trial conduct has shifted tremendously over the last five years. Over that period, the seven countries with the highest number of clinical trial initiations include the U.S., China, India, Iran, Japan, Germany, and the U.K. But it’s the growth of trial initiations in China that is eye-opening.

But China did not stop there. In 2019, trial initiations in China increased again to 23.9% while the figure for the U.S. declined to 20%. The onset of the global COVID-19 pandemic in early 2020, which is believed to have originated in China, did not slow the country down. In 2020 trial initiations in China increased again to 26.5% while initiations in the U.S. decreased to 19.6%. The U.S. staged a bit of a comeback in 2021 with initiations in that country increasing to 21.3% while China saw its first decrease in the five-year span, dropping to 23.1%. GlobalData attributes the U.S. increase in 2021 to “successful adaptation to research pressures presented by the pandemic.”

Changes To The Clinical Landscape

A report from DIA notes China is not just taking the lead in trial initiations; it is radically altering the global clinical development landscape. Since joining ICH as a full regulatory member in June 2017, China has been focused on the rapid approval of innovative therapies. Non-Chinese biopharmaceutical firms are emerging as the main beneficiaries of the regulatory changes. DIA states the most significant impact on the industry is the way in which China’s policy changes and emerging global role point to a new and exciting paradigm for future global clinical development and regulatory strategies.

The previous model of drug innovation stemmed from U.S. leadership in drug innovation which was driven by public sector funding of U.S. academic research, the FDA’s role as the gold standard of regulatory approval, the availability of capital from public markets and VC firms, and high U.S. drug prices, which incentivized companies to focus on U.S.-centric drug development.

A driver of the new and emerging drug innovation model is the new global environment being created by China. In addition to decreasing approval timelines in China, U.S. regulators are willing to accept Chinese data if it meets global quality standards. Drug developers will increasingly pursue simultaneous pre-IND meetings with both the U.S. FDA and China NMPA.

Patient recruitment is another factor drawing trials to China. China has a wealth of treatment-naïve patients in therapeutic areas where U.S. trials struggle to recruit, including immune-oncology, NASH, chronic diseases, and many orphan indications. Those patients are concentrated in top urban medical centers with direct costs that are 30% lower than in the U.S. This can lead to a patient recruitment effort that is 2-3 times faster.

Despite the advantages of conducting trials in China, there are still challenges that remain. There are language and cultural differences that exist, and many citizens still make use of traditional Chinese medicines. There is a lack of in-time import of study agents, frequent amendment of patient records, heavy backlogs of drug applications, and overcrowded hospitals where physicians can see 400 patients in a single day.

Still, there is no denying that China will continue to have a significant impact on trials in the future and will be a driving force for trial initiations in the APAC region. For companies looking to conduct trials in the region, finding partners with the needed expertise is critical. DIA recommends finding a CRO with a China team that acts like a true partner that will anticipate challenges and assist you in overcoming them. Avoid those partners that will simply check boxes without providing innovative solutions.