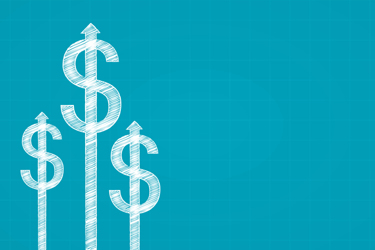 Research firm Industry Standard Research recently published its Phase II/III Study Trends and Market Outlook report. The goal of this report is to provide readers with a high-level view of the Phase II/III clinical development space to illustrate current market dynamics and inform strategic planning. For this report, 146 Phase II/III decision-makers were surveyed to share their insights into where the Phase II/III market is now and what changes they expect over the next four years.

I took this opportunity to speak with Rebecca McAvoy, VP of market research at ISR, to discuss the findings and gain a deeper understanding of what the results might mean for both large and small companies in the industry.

Ed Miseta: Respondents expect Phase II/III spend to increase over the next 4 years across company sizes. Is this due to cost increases, increasing complexity of trials, or companies conducting more trials?

Rebecca McAvoy: We asked those respondents who are expecting an increase in Phase II/III spend to explain the rationale behind their prediction. About half of those respondents believe their company will spend more on Phase II/III studies due to expected pipeline maturation/successes. Twenty percent of respondents expecting an increase in spend cite simply conducting more studies in these phases while 16 percent point to the rising cost of research.

Miseta: Approximately 59 percent of Phase II/III work at large companies is outsourced, as compared to 85 percent of that work at smaller companies. Is this due to greater trial capabilities that exist at larger companies or is it simply company preferences?

McAvoy: The lower outsourcing rate at large companies is primarily attributable to greater in-house trial capabilities as well as having much larger staffs. Large sponsors have the capabilities and capacity to conduct some of their Phase II/III work in-house but it’s much less likely for smaller companies to have the resources and knowledge available in-house to conduct sizable Phase II/III studies. Certainly company preferences for outsourcing strategies can play a role but a lack of capabilities and/or capacity are likely to prevent smaller companies from doing this work in-house.

Miseta: Over the next 5 years do you expect those outsourcing rates to change at all?

McAvoy: As 2020 proved to us, anything can happen. However, I would not predict sizable changes to these outsourcing rates in the near-term as they are in-line with rates we have seen in the Phase II/III space across recent years.

McAvoy: In my book, trust and comfort in capabilities go hand-in-hand. A large CRO with proven capabilities is more likely to elicit trust that it can complete a large study than a mid-size or small provider with fewer resources and a smaller footprint. As a colleague of mine likes to say, “No one ever got fired for choosing IQVIA.” Going with the well-known CRO brands for big trials feels like a safe bet to outsourcers.

McAvoy: It does appear that progress is being made here. According to data in this study, 40 percent of Phase II/III outsourced spend from non-large sponsors (those spending <$500M annually on R&D) went to large, full-service CROs in 2016. That number increased to 43 percent in 2018 and then to 49 percent in 2020.

When discussing the topic of CRO size with outsourcers at small sponsors, they often find themselves conflicted. They recognize that large CROs have the resources, footprint, and knowledge to execute their Phase II/III study. However, the cost to use large providers is often prohibitive for the smaller sponsors and they also feel that they’re treated as ‘little fish in a big pond’ at large CROs whereas mid-size or small CROs offer smaller sponsors more attention. It is also important to note that while company size plays a role in selection, especially for small sponsors, the size of the study often plays a big role in determining the size of the selected CRO. Small sponsors often prefer to use smaller CROs but large projects necessitate large CROs. Smaller projects allow them to use smaller CROs.

Miseta: Your report touches on preferred provider relationships. What are the characteristics that companies value most in their service providers?

McAvoy: This is an area we’ve done a lot of research in over the years. For the Phase II/III space, attributes like therapeutic expertise, operational excellence, prior positive experience with service providers, customer service/communication, data quality, and project management quality are typically at the top of decision-makers’ lists.

Miseta: More than half of all Phase II/III trials continue to be executed in North America. Is the breakdown between North America and rest of the world changing, or do you expect it to change?

McAvoy: According to the data we’ve collected over the years in this study, change in the breakdown between North America and the rest of the world has been slow or non-existent. Over the past five or six years, this study has shown fairly consistently that around half of all Phase II/III studies have at least some part of the study executed in North America. (Keep in mind these data relate to the percentage of trials executed in certain geographies rather than the percentage of all recruited patients.) I do not think we’ll see sizable increases in the near-term of companies conducting trials with no North American component. However, we haven’t seen large upticks in the percentage of trials being executed in other regions either. Western Europe hosts about one-third of trials while about one-fifth of trials have locations in Eastern Europe. Less than 10 percent of trials are typically executed in each of the remaining regions.

The Phase II/III Study Trends and Market Outlook (2020-2024) report can be accessed here.