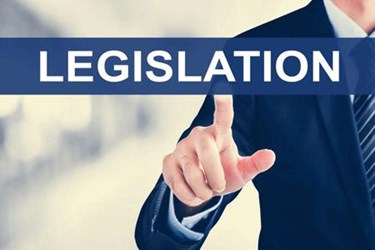 In August, the Senate passed, via unanimous consent, a bill that claims to improve access to experimental drugs for patients. While the Senate made numerous changes to the original Right-To-Try (RTT) bill, the New York University School of Medicine Working Group on Compassionate Use and Pre-Approval Access (CUPA), which came out against the bill advanced by the House, remains steadfast in its opposition to the legislation.

“We do not support the bill even in the evolved form,” says Alison Bateman-House, research assistant professor in the Division of Medical Ethics at NYU and co-chair of CUPA. “The current version is better, but we do not feel the bill is necessary. The expanded access provided by the FDA is doing what it was intended to do, and we believe creating an alternative pathway to investigational drugs will complicate the process for patients. The bill is not necessary, and by creating additional confusion and complexity, it will most likely result in a patient not getting access to a wanted drug or having the process be delayed.”

From the beginning of the push for RTT legislation, CUPA has maintained that charges levied against the FDA’s expanded access program are inaccurate. Not only does CUPA not endorse either version of the bill, Bateman-House states the group believes the entire endeavor is misguided. 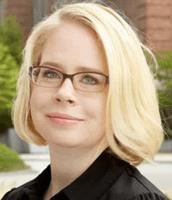 The changes made by the Senate were sweeping, and not confined to one or two areas of the bill. The bill was not made public until after the vote, limiting the ability of opponents to provide feedback on the changes.

One of the changes dealt with the waiver of liability. In the original bill, there was a blanket waiver of liability to the physicians, sponsors, and others involved in any RTT experiment. In the new version, that was more clearly specified to exclude cases of gross negligence. The new version also requires the patient to provide written informed consent, something not included in the original bill.

Bateman-House also believes the Senate version of the proposed legislation represents a significant widening of the bill. She notes the House version of the bill referenced RTT applying to terminally ill patients. In the version approved by the Senate, the wording now seems to address individuals with life-threatening illnesses. The problem for Bateman-House is that many illnesses can be life-threatening eventually, but do not put the patient in immediate harm, as would be the case with a terminally ill patient.

“An even bigger concern for me is the blanket prohibition on FDA being notified of any serious adverse effects that occur in a RTT therapeutic experiment,” says Bateman-House, referring to the earlier version of the bill. “The idea behind that was that companies might be more willing to supply a drug to a patient if they knew the FDA would not be notified of potentially negative outcomes, as may be expected from patients who are too ill to participate in a clinical trial. However, with the FDA being the entity deciding if a drug will be approved for the U.S. market, any harmful consequences of a drug should be factored into their calculation. This is something we are very concerned about.” The newer version of the bill softened the prohibition on allowing the FDA to know of negative outcomes stemming from uses of investigational drugs through RTT.

In the FDA’s expanded access program, adverse events are reported to the regulator.

Bipartisan Support – But At What Cost?

The bill approved by the House was a republican-backed effort. Although there was no vote in the Senate, 37 states now have RTT laws and most were enacted via bipartisan efforts. At this time it’s hard to predict whether the House will pass the amended bill, or when it would even be taken up in that chamber.

“I understand why these bills are passing,” says Bateman-House. “The branding effort has been amazing. How could anyone argue against a sick patient being able to try a potentially life-saving drug? But drug development, and especially FDA regulation and oversight of the industry, are not topics the average American knows a lot about. If they are told the FDA is a slow and cumbersome bureaucracy and we need to get it out of the way in order to help patients, intuitively that will sound correct. It also sounds like a bill that is family- and patient-friendly. There are few laypeople that would look at the name of the bill and think it is not a good idea.”

RTT also seems to have few budgetary implications. It’s much easier to pass bills when it seems the government will not finance the initiative. Unfortunately, Bateman-House suspects there will be huge costs for those who have to pay for the medicines, as well as costs that come in the form of patient lives. As is often the case with new legislation, those unintended consequences may not come to light for years.

Do You Have A Right To My Product?

Another issue that many advocates are not open about addressing is the fact that RTT seems to be saying eligible consumers have the right to try a product that belongs to a private company. This is a right that most consumers of products do not have and most private companies are not saddled with.

“If the legislation gives consumers the right to try a product, then why does it not address how that product will be paid for?” asks Bateman-House. “FDA’s Expanded Access program has caps on what can be charged for a drug. Based on my reading of the RTT legislation, it does not appear to contain any such cap. That means there could be astronomical prices tacked onto these investigational medicines. A desperate patient may feel they have no choice but to purchase a medicine, only to realize they don’t have the money to pay for it.”

If that’s the case, is it fair to tell patients they have a right to a drug they are unable to afford? An investigational drug is certainly not something insurers will pay for. The current legislation also does not mention the government picking up the cost of needed medicines.

Bateman-House also sees confusion arising between a federal RTT law and legislation already in existence in 37 states. The original version of the bill noted the federal government could not do anything to interfere with state RTT laws. In the new draft, that verbiage seems to no longer exist. Without that wording, there will likely be confusion around how the federal law will interface with state laws.

Bateman-House notes there are also differences in each of the 37 state laws. Having new federal legislation on top of those laws will only complicate the issue further. For example, only one state, Texas, dictates companies cannot charge for their medications. Only one, Oregon, requires a registry of who received a drug through the RTT process. With this new bill, will state laws remain in place or be superseded by the uniform federal standard? And what will this mean for the states that do not have a law in place?

The legislation could certainly have a substantial impact on small companies. Bateman-House believes there is little need to be concerned about Big Pharma, as those companies have people and protocols in place for dealing with investigational drug requests. But that is not true of smaller pharma and biotech companies.

“A small company that has never dealt with these requests before could suddenly be subject to the RTT legislation,” she says. “They will be confused and will be receiving different guidance from FDA and RTT, as well as state laws. In that situation, the easiest route for them might simply be to not make the drug available. Or, they could try to comply with the various regulations and make mistakes due to the confusion that will exist.”

The FDA should certainly remain a key arbiter in this process. As the agency tasked with the responsibility of looking over a proposed treatment protocol before it is used on a patient, FDA is one of two neutral arbiters (institutional review boards being the other) in the process. Removing FDA sets up a system where unethical drug developers and physicians are able to take advantage of patients.

“Removing the FDA from the process means we are putting a lot of faith in the physician and the drug company,” adds Bateman-House. “Most will do the right thing, but there will always be situations where someone is looking to take advantage of patients. That is a situation we have to avoid.”