Survey: 50% Of Americans Not Aware Of Clinical Trials 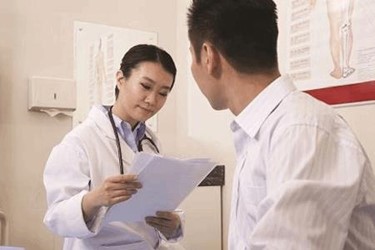 Patient recruitment remains a significant challenge for pharma companies conducting clinical trials. If all potential participants were aware of clinical trials, convincing patients to participate in them would still be a challenge. But that task becomes significantly more difficult when a large percentage of the population does not even know such trials exist.

Unfortunately, that was one of the findings of a survey designed to explore the attitudes and awareness of Americans regarding clinical trials. The results of the survey, conducted by SubjectWell, a provider of risk-free patient recruitment services, were published in a report titled Survey of Clinical Trial Awareness and Attitudes. The survey was conducted over the phone for 35 days, for a period spanning from 2015 to January 2016. SubjectWell received 2,164 responses in total, although not all were complete. Responses were sampled so as to match the gender, ethnic, and income distributions of the U.S.

Ivor Clarke, CEO of SubjectWell, notes the pharma industry spends over $2 billion on patient recruitment every year. The fact that so many Americans are not aware of trials has ramifications for the industry. “That $2 billion investment seems to be a waste of money,” he says. “Especially considering traditional recruitment methods still lead to underrepresentation of minorities in trials and causes delays in getting new drugs to patients. Those delays also result in higher costs of trials and higher drug costs to patients.”

The results also suggest more needs to be done to publicize trial resources, especially for those trials that are enrolling patients. The survey found only 31 percent of respondents were “confident” (20 percent) or “very confident” (11 percent) in their ability to find or identify a clinical trial if they wanted to participate in one. That leaves about one-third of the population unsure about who or what to turn to for information.

Despite the survey results, I do not believe the news is all bad for pharma. The survey reinforced the fact that a very low percentage of Americans participate in trials. We already knew that. It also found that half of all Americans were not aware that clinical trials existed, something most of us likely suspected to be true. Frankly, I would have suspected that number was higher. It only reinforces the need for pharma to better work with hospitals and physicians to spread the word about trials.

Yet, for all we hear about pharma having a bad reputation and a lack of trust from patients, the survey results seem to demonstrate those negatives to be overrated. “We found 96 percent of respondents had a positive or neutral perception of trials,” adds Clarke. “This equates to an enormous opportunity to educate and influence these patients. Recruiting a patient who has never participated in a trial is far easier when there are no preconceived, negative perceptions that pharma will need to overcome.”