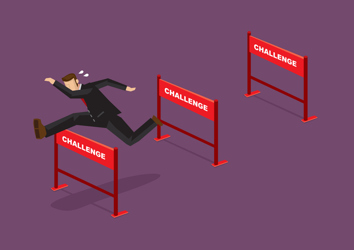 Clinical trials are difficult. Every clinical executive I interview can rattle off a list of challenges they face and how they are attempting to overcome them. Those challenges can vary from one therapeutic area to the next, but each could easily derail a study.

Still, anyone who thinks they have it tough conducting trials should pause and have a moment of reflection for those companies fighting to stay afloat in the challenging area of antibiotics. For these companies, numerous clinical challenges serve to hurt recruitment, delay trials, and drive up development costs.

The trial challenges in antibiotics begin where most do, with patient recruitment. However, in the antibiotics space the difficulties include regulatory guideline issues and sites that are simply not interested in trial participation.

“This is a real issue for companies performing antibiotic trials in the United States,” says Amy Manley, head of clinical and medical operations for Paratek Pharmaceuticals. “Pneumonia is a perfect example. When recruiting patients for a trial, you look for subjects who have not already been treated with another antibiotic medication, an FDA requirement. Patients who have been treated with another medication are excluded from trial participation.”

Unfortunately for researchers, a patient admitted to the hospital with symptoms of pneumonia will almost immediately be started on an antibiotic. Hospital protocols will not allow patients to sit in the emergency room for hours, without treatment, while clinical trial screening procedures are completed. That means hospital protocols compete with FDA protocols, making recruitment very difficult.

Manley notes clinical trial recruitment often depends on referrals. When patients are diagnosed with a disease, they can talk to their physicians, as well as friends and family, to get referrals to various trials. In some cases, those patients might take weeks or even months to find a trial that meets their needs. For an illness requiring an antibiotic, time is not a luxury.

“For the acute indications we treat, events happen very quickly,” says Manley. “Hospitals see patients who require immediate treatment. If you are not aware of a trial when that patient walks in the door, they will not be presented the option to participate in it. The window for screening patients for one of these studies is 24 hours from the time the patient shows up. In those 24 hours, you have to get all the screening procedures done and randomize them. There is no time for referrals.”

For its completed pneumonia trial, Paratek hoped to recruit patients in the U.S. To reach those patients, the company approached 675 sites to gauge their interest in participating in the trial. Almost 500 of those sites flatly declined the request. The other 175 sites expressed an interest. However, after further evaluation, Paratek disqualified another 152, concluding those sites would not be able to perform the study either because the sites would not be able to recruit the patients needed or did not possess the required capabilities to perform the trial.

“We ended up selecting 21 sites,” says Manley. “Several were hospitals, which also presented problems with IRB selection and contracting. In the end, we only got 12 of them initiated and up-and-running.”

Even after finding sites willing and able to participate, patient recruitment was slow. Paratek pre-screened almost 1,000 U.S. patients. Five made it through the screening process, and only three of those were randomized. As you can imagine, a significant amount of money was invested to secure those 12 sites and 3 patients.

Unfortunately, Manley does not believe any changes are coming that will make recruitment any easier, as the difficulties are driven by a regulatory requirement.

“We have had discussions with the FDA around allowing us to recruit patients who have received a single dose of an antibiotic within that 24-hour screening period,” says Manley. “Thus far, the agency has been reluctant to change. It wants to know that any improvement in a patient is due to your treatment and not the other antibiotic they received. If that requirement does not change, I see more studies simply moving outside the U.S.”

According to Manley, sponsor companies spend millions of dollars performing pediatric studies simply to satisfy a regulatory requirement. Oftentimes those studies are never completed, and even if they do get completed, she believes those questions could be answered without the additional study simply by understanding how antibiotics work.

Manley stresses that with antibiotics you’re not treating a disease; you’re going after a bug. Bug dynamics are primarily driven by PK/PD parameters. Therefore, if you get the treatment to the bug in the right dosage, you can predict the outcome. She believes paying millions of dollars for these pediatric studies has contributed to some antibiotic companies going into bankruptcy, while others simply could not afford to conduct them.

Microbiology collections are an additional cost antibiotic companies struggle to pay. And according to Manley, they are as much a logistical challenge as they are a cash drain.

The Time Of The Seasons

If the recruitment challenges for antibiotics manufacturers do not already seem insurmountable, one final issue makes the task even more complicated: Seasons. In the U.S., most pneumonia cases occur over a period of three to four months, generally starting in the fall and extending through the winter months. After that, pneumonia cases recede for at least six months, depending on the state and climate. This situation prolongs the time and cost of completing a trial.

“This seasonal situation for some indications means you do not have consistent enrollment occurring on an ongoing basis,” says Manley. “Pneumonia is not the only example. Our other indication is in skin infections and we see seasonality effects around that as well. The condition occurs more in the summer when it is warm because people are spending more time outside. People are gardening, kids are playing in the park, and everyone is generally involved in activities that increase exposure to a skin injury, for example an accidental cut on your finger from pruning shears, that could turn into a skin infection.”

If the timeframe available to recruit patients is limited, that will prolong studies, increase the time it takes to get new medicines to market, and significantly increase costs. During the times when it is difficult to find patients, some activities are still ongoing, and costs are still being incurred.  There is a possible solution to this problem, which is to add more sites from around the world, thereby ensuring some patients will always be available no matter the time of year. Including sites from both the north and south hemispheres would allow the company to offset the seasonal effects in any one country. Unfortunately, having clinical sites located around the globe creates logistical challenges and higher costs.

“The global nature of these studies means you are also dealing with different standards of care in the different countries,” adds Manley. “The length of hospitalization can vary, and some countries treat pneumonia as an outpatient procedure rather than inpatient. This is a real catch-22 situation for companies. Whatever route we take, we seem to run into longer studies and higher costs. All of it adds to the complexity of running antibiotic trials and underscores the importance of fixing the obstacles to the development of life-saving antibiotics that play a critical role in addressing today’s antimicrobial resistance landscape.”