The Cell Therapy Discovery About To Disrupt Clinical Trials 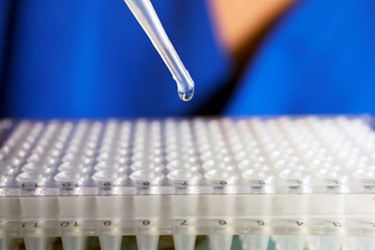 Armon Sharei developed an interest in novel cell therapies while pursuing his PhD in chemical engineering at MIT. While pursuing that interest, he made a discovery that today is the foundation of SQZ Biotech, a cell-therapy company where he serves as CEO. Sharei discovered a new method of inserting materials into cells more effectively than anything that currently existed. His discovery is now opening doors to what researchers can force cells to do, and, as a result, what cells can do for patients.

“This space has seen advancements in oncology, and there is good reason to be excited about that, but we remain limited in what we can do with cell therapies,” says Sharei. “The main challenge today is that these therapies are still difficult to engineer in a practical and scalable way. I think there are manufacturing folks who have nightmares just trying to contemplate cell therapies because of how complicated they are compared to more conventional biologic molecules.”

Sharei’s discovery allows researchers to engineer cells in new and novel ways. The company is now pursuing programs both in oncology and immune tolerance to create a new generation of cell-based therapies that are safer, more effective, and less costly than current therapies. They are also more practical to implement. There is a faster turnaround time and manufacturing and administration are simplified.

Sharei’s discovery is already making waves in the cell therapy space. SQZ Biotech has a billion-dollar partnership with Roche to engineer immune cells for oncology (HPV+) patients. That therapy will enter clinical testing in 2019, and SQZ plans to ultimately expand into multiple tumor indications beyond HPV+ cancers. SQZ is also working on a therapy for type 1 diabetes and other immune disorders. Scientific American has even called the discovery a Top 10 World Changing Idea.

Sharei’s technology platform has been described as hijacking a cell. The belief is that we can hijack a cell and tell it what we want it to do, like protect beta cells in T1D or attack tumors. This is done by implanting cells with molecules and nanomaterials. Currently researchers use a virus or electrical fields to penetrate cells, but that can inflict permanent damage. In his research at MIT, Sharei noticed that if you deform a cell very quickly its membrane is broken down temporarily and it’s possible to deliver material inside it.

That discovery led to the creation of Cell Squeeze®, a silicon-and-glass microchip which essentially squeezes cells and creates temporary holes in the cell membrane. The holes are small but will allow a variety of behavior-altering agents (proteins, nucleic acids, and carbon nanotubes) to enter them. SQZ Biotech now has over 20 different chips to squeeze cells of different sizes.

While the method of modifying cells has changed, the challenge of performing cell therapy trials has not. Cell therapies are still highly personalized. Cells are removed from a patient, modified, and then put back in. This makes treatments different from biologics, where you produce a batch of the treatment, validate it, and have the material available for trials or commercial production.

The approach SQZ Biotech is taking involves providing instructions to a patient’s cells. “Today, there is a limit to what instructions can be given to a cell,” says Sharei. “Our technology will allow us to engineer many different cell types and give them a wider range of instructions. That is really what differentiates us. Current cell therapies engineer foot soldiers for the immune system. The T-cells are potent killers and are the soldiers that will fight tumors. The manufacturing time is spent expanding those T-cells, essentially creating more foot soldiers.”

For example, if a few million cells are removed from a patient, those cells need to be expanded to a number in the billions in order to create an efficacious treatment. That is the number of soldiers required to do the killing, and all have to be produced outside of the patient’s body. That approach involves a lot of time and expense.

In this battle, SQZ Biotech is essentially creating generals for the patient’s immune system. Sharei describes the role of antigen-presenting cells as telling T-cells what to do. Other companies have tried and failed to engineer these cells, but that is something SQZ Biotech is now able to do. Patients do not need many of these generals, and they can be engineered and put back into the patient without any expansion. The process can also be performed without viruses.

One challenge that Sharei and his team have been attempting to tackle is how to shorten the manufacturing time for cell therapies and make the process more reliable and cost-effective. The approach used by SQZ Biotech will do that. Still, he believes new biological innovations will be needed to further cut that time frame, perhaps from weeks down to one day.

“Cost will be a difficult challenge for cell therapy companies to overcome,” says Sharei. “Time is the biggest factor impacting the cost. You must use a facility with a suite that is dedicated to an individual patient. Therefore, the cost involves the suite and the operators. Then, if it takes you two weeks to perform the manufacturing process, that will cost you ten times what it costs if it took just one day.”

The cost of the raw materials necessary to create cell therapies can also be very expensive. The virus necessary to infect the patient’s cells is costly as well. The costs alone have resulted in some cell-therapy companies questioning if these therapies could ever be viable. The costs required to produce and administer them might be insurmountable.

One alternative is off-the-shelf therapies, where instead of modifying the cells of a patient, trials would use therapies created from healthy donor cells. That approach would allow for therapies to be created in advance and would greatly reduce cost. Still, a lot more work needs to be done to bring this option to fruition, and it is not an approach that would work for all cell therapies.

“If your cells were used as the base to create a therapy for me, inherently, my body would want to reject them,” says Sharei. “Your immune cells might want to attack other cells in my body that look foreign to it. That’s a major challenge. In certain situations that’s manageable, but in others it won’t be. There is also a possibility of missing out on potential efficacy or for the treatment to exacerbate safety issues because of the inherent mismatch.”

The supply chain will also continue to present challenges for cell therapy companies. Sponsors must ensure the cells will remain under controlled conditions throughout the journey from the patient to the manufacturing site and back. Sharei states there must also be a chain of custody present from the time the cells leave the patient’s veins until they go back in. That chain of custody is vital to both the sponsor company and the patient.

“With a biologic, a vial can go bad and there would still be additional batches in a warehouse that can be shipped for that patient. Autologous cell therapies are customized for an individual patient. That means shipping it is a much bigger problem. If the product goes bad, or if it is damaged or lost, it is gone forever. Many of these cancer patients have very little time to live, because these therapies are often a last line of treatment. They already have to wait a month for it to arrive, and if there is a problem with the shipment, patients will suffer.

Although most cell therapies today are focused on the oncology pace, Sharei is excited about the potential to move these therapies into other disease areas. He believes using cells as a therapy will accomplish far more than any biologic treatment.

“By comparison, I like to equate cell treatments to large, sophisticated machines that can accomplish many tasks. Small molecules and biologics, in contrast, are a relatively simplistic tool. I believe there are many things we will be able to do with cell therapies in the future. We are at the dawn of what is possible. Oncology is the logical entry point for these treatments, but we will eventually be able to use them to treat many different diseases.”

While other companies have been thinking about different ways to use cell therapies, SQZ Biotech already has a major program underway for immune tolerance for diseases like type 1 diabetes. The thinking behind this approach is to administer a cell therapy that causes the immune system to shut down to the immune responses that underlie type 1 diabetes. This could potentially prevent the disease or stop the disease at its onset.

“Things like that can only be done with cell-based therapies,” adds Sharei. “This type of effect requires a level of biological specification that’s hard to reflect in any biologic or small molecule product. Oncology is just the beginning of what we can do with cell-based therapies. The possibilities are endless in the long run. From the patient perspective, there is also an allure to engineering your own immune system to fight for you. It makes a lot more sense than administering patients with a poison and hoping it will kill their cancer cells before it kills them.”