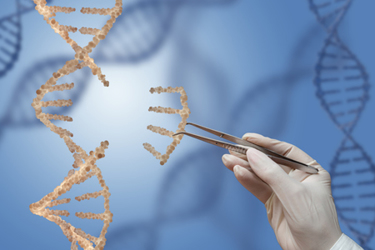 Locus Biosciences had a relatively low-key start in the drug development industry. The company was founded in 2015 in North Carolina’s Research Triangle Park by current CEO Paul Garofolo. Garofolo was an entrepreneur in residence at North Carolina State University and while there connected with a group of students working on a technology known as CRISPR-Cas3.

Garofolo recognized the potential value of the technology and worked with the university to file patent applications. He put in some of his own money and raised additional cash to start the company. He then hired a team of scientists that set out to prove the technology could be used to kill bacteria. Additional capital was raised in 2016 and 2017, and along the way Locus signed a collaboration agreement with Johnson and Johnson worth up to $818 million.  Earlier this year the company took its first product into clinical trials.

Most people have heard of CRISPR, and they likely know it as a gene editing tool. In nature, CRISPR is really a bacterial immune system. Bacteria get attacked by viruses just like we do, and those viruses are called bacteriophage. CRISPR is a mechanism that takes a small amount of that bacteriophage DNA and inserts it into the bacterial cell’s DNA. The bacterial cell and its progeny will ‘remember’ it and recognize and destroy a similar bacteriophage if it gets attacked in the future.

“We turn the bacterial immune system back on itself, using the Cas3 mechanism to recognize and destroy the bacterial cell’s DNA,” says Joseph Nixon, SVP of business development at Locus Biosciences. “We use bacteriophage that have been engineered to deliver the CRISPR-Cas3 constructs into the target bacteria, which we call crPhage™.”

Although several other companies are working on bacteriophage therapies, most of them are using natural bacteriophage isolated from the environment. These natural bacteriophage kill bacteria by injecting their own DNA into the bacterial cell, using the cell’s machinery to create new virus particles that burst out of the cell, killing it in the process, and go on to infect other cells.  Locus has demonstrated that the CRISPR-Cas3 mechanism makes crPhage significantly more effective at killing target bacteria than their natural counterparts.

Bacteriophage is one of the most common organisms on the planet. In fact, Nixon notes there are about 10 times as many of these virus particles as there are bacteria. Every drink of water you take has millions, perhaps billions of bacteriophage inside. They have no effect on the human body because they specifically attack bacterial cells. Locus is using its technology to make them more effective and is packaging them into therapeutic products.

The company’s first drug candidate to enter the clinic is focused on a bacterial species called Escherichia coli, which is usually abbreviated E coli.

Nixon believes Locus is developing a new generation of products to target infections. Most antibiotics are chemical agents which kill bacteria fairly indiscriminately. Although they will kill the pathogen you are targeting, they will also kill other types of bacteria.

“A human body normally has thousands of different species of bacteria inside it, and that's important for maintaining health,” notes Nixon. “The bacteria in your GI tract are important for digesting certain nutrients. You need that bacteria colonization in the GI tract, on the skin, and on other surfaces in order to have a healthy body. Antibiotics will disrupt that colonization and cause other problems, especially in elderly people, and misuse of antibiotics contributes to the development of antibiotic resistant infections. Antibiotic resistant infections are a serious problem, blamed for about 25,000 deaths in the U.S. each year and growing rapidly.”

The big differentiator for Locus’ product is the ability to kill the E coli bacteria and leave other bacteria undisturbed. If the target bacteria eventually become resistant to the product, Nixon believes modifications can be made to retain the product’s effectiveness.

For its current Phase 1B trial, Locus is planning to enroll 30 patients across the U.S. who are colonized with E. coli in their bladders. Thus far nine sites have been identified. The trial will determine the safety of the product. In addition, Locus will look at the pharmacokinetics of the treatment (how long the drug persists in the bladder and how long it takes to clear) as well as the potential to reduce the number of bacterial cells over time.

One of Locus Biosciences’s greatest challenges was production of the product. Most pharmaceutical products are manufactured by contract manufacturers, and Locus had a difficult time finding one that could perform the work.

“Our product is a bacteriophage that is very effective at attacking E. coli,” says Nixon. “Unfortunately, many contract manufacturers use E. coli cells to manufacture other products. Therefore, producing the bacteriophage in those facilities was impossible.”

That situation meant Locus would have to perform its own manufacturing, which thus far it has been able to accomplish. The company built a small manufacturing facility that was used to produce the material required for the Phase 1B trial. Funding was recently secured to expand the facility, enabling it to perform manufacturing for future trials. Although the decision to self-manufacture was a difficult one, Nixon feels it is now a strategic advantage for the company, giving Locus speed and flexibility as it advances its products in the clinic. Having a dedicated bacteriophage manufacturing facility, furthermore, enables Locus to exploit the inherent advantages of bacteriophage production, as these viruses grow very fast and are less expensive to produce than other biologic therapies.

As Locus advances along its clinical path, the company also expects to increase its involvement with CRO partners. The company is currently working with Medpace and thus far is happy with the partnership.

“Our goal was to partner with a mid-sized CRO,” states Nixon. “We wanted a partner that had sufficient resources to execute the trial but was not so large that we would get lost in the shuffle. Medpace also had a lot of experience in infectious disease trials, which really fit the bill for us. They had experience working with urinary tract infection trials and knew many of the sites where we would be recruiting patients.”

In addition to the products it has in development on its own, Locus also has a collaboration agreement in place with Johnson & Johnson to develop two other products. Those therapies will target certain respiratory pathogens.

“We approached them at a reception they hosted at the JP Morgan conference three years ago,” adds Nixon. “We started a discussion that has since gone through many different layers and reviews. After two full years of discussion, that meeting culminated in the current collaboration. Thus far we are very pleased with how the partnership is progressing.”