The Flawed Thinking Of Right To Try Legislation 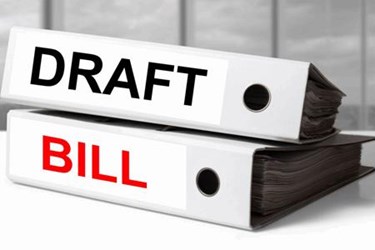 The Trickett Wendler Right To Try (RTT) Act was introduced in May 2016 by Sen Ron Johnson (R-Wis), chairman of the Senate Homeland Security and Governmental Affairs Committee. According to Johnson, the bill would ensure terminally ill patients, their doctors, and pharmaceutical manufacturers were allowed to administer investigational treatments where no alternative treatment exists. It gives patients and doctors the freedom to try investigational treatments that have passed Phase 1 of the FDA’s approval process, if they have exhausted all other treatment options. The bill, named after a Wisconsin woman with ALS who passed away in 2015, now has more than 20 cosponsors, including Ted Cruz (R-Texas). But for all the fanfare around RTT and the slow federal drug approval process, would the RTT legislation actually help patients?

A recently released document, authored by the NYUSOM (New York University School of Medicine) Working Group on Compassionate Use and Pre-Approval Access, spells out the inherent problems with the RTT approach. It also presents the group’s assessment of what is needed to truly improve patient access to experimental drugs. The proposals are based on three years of feedback received from patients, patient advocates, life sciences industry, healthcare institutions and providers, ethicists, and venture capital. The findings are presented in the form of two key questions and answers.

Key question number one asks if a federal RTT law will help patients get access to experimental drugs. According to the working group, the answer to that question is “no.” The document notes RTT legislation is based on two myths. The first is that the FDA’s “expanded access” program is slow and ineffective. However, FDA approves more than 99 percent of compassionate use requests, and turns around emergency requests in one day or less. Additionally, the FDA form for compassionate use requests can be completed in less than one hour. This data seems to indicate the program is neither slow nor ineffective.

The second myth is that RTT legislation would allow patients to get experimental drugs faster by cutting FDA out of the picture. The NYUSOM document states only drug companies can decide whether or not to provide their drugs to patients. Companies can have myriad reasons for denying the request. Furthermore, no patients have received access to drugs via RTT that they would not have access to via FDA’s expanded access program. And, while RTT would create an alternative to FDA’s proven expanded access program, having two paths may only serve to create confusion.

Is it safe to say that, even in this circumstance, FDA helps rather than harms patients? NYUSOM’s answer is a resounding “yes.” The working group notes FDA’s objectivity, expertise, and knowledge of the drugs in development can help patients determine their best options. The agency’s ability to require changes to treatment plans can also help physicians design plans that help, rather than harm patients. RTT, on the other hand, could place drugs with little safety or efficacy information in the hands of physicians who are unfamiliar with them.

What Can Legislators Do?

Key question number two asks how legislators can help patients in need of new treatments. To answer this question, the working group breaks its recommendations into three distinct areas. The first is strengthening FDA’s expanded access program. Although the program is working, the group feels it can be improved. Recommendations include preserving FDA’s role in reviewing expanded access proposals, strengthening the agency’s ability to require physicians to report adverse events related to expanded access, allowing physicians to report additional data (such as outcomes), and using PDUFA (Prescription Drug User Fee Act) to require FDA to develop and implement an outreach plan to stakeholders and better educate healthcare professionals and researchers on expanded use. Additionally, the working group would like to empower FDA’s Office of Health and Constituent Affairs and the Division of Drug Information to better help physicians and patients with the expanded use process.

The second area for improvement would be a clarification of authority over experimental drugs. The 34 state RTT laws have unintentionally created confusion for healthcare professionals and organizations over whether to follow state or federal rules governing access to experimental drugs. By precedent, FDA has authority over non-approved drugs, and the group would like for congress to clarify that position.

Third, the working group would like to see congress explore, with the pharma and biotech industries, ways to make expanded access a more appealing prospect to companies. Currently, companies may worry that concerns from the FDA or Wall Street over providing experimental drugs for expanded access could threaten drug development timelines. Legislators must work with industry to mitigate these risks for drug companies.

There is also a financial concern, particularly for the smaller companies. They may have neither the financial nor human resources to create a sufficient supply of the drug or handle the requirements of an expanded access program. Legislators should also work with these companies to make the programs financially feasible.

Finally, the group recommends legislators commission an expert group to explore whether IRB (institutional review board) oversight is needed in single-patient expanded access protocols in which the patient has no other treatment options.

The best situation for patients would be one where awareness of, access to, and equity in clinical trials is a priority for both companies and regulators. That is the safest, most valuable, and most common manner for patients to get access to an experimental drug, and, according to the working group, is the best area for legislators to place their efforts.