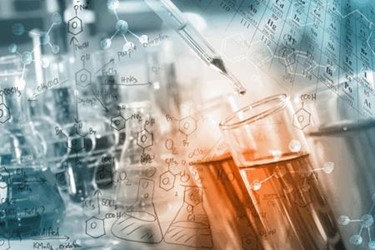 Biotech Fulcrum Therapeutics was founded in July 2016 with a focus on discovering small molecules to regulate genes. The company currently has three primary areas of interest: Neurodevelopmental disorders, neuromuscular disorders, and neurodegenerative disorders. In the neuromuscular space, the company is using tissue donated from patients with facioscapulohumeral (FSH) muscular dystrophy, an incurable form of the disease, to find a treatment. The tissue is used to create research models that look and respond much like natural human tissues.

“Our approach involves identifying small molecules which can turn disease genes on or off, depending on the deficit associated with the disease,” says Owen Wallace, chief scientific officer for Fulcrum. “We are looking to either stop or turn on the expression of a particular gene. With FSH muscular dystrophy, we know the disease is caused by a protein called DUX4. Our hope is to ultimately discover and produce a pill that will reduce the production of DUX4.” 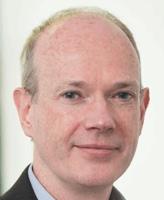 Discovering the mechanisms that will lead to a cure is a difficult process that involves focusing on the biology most relevant to the disease. The process also involves looking at patient-derived samples.

For muscle diseases, biological research is performed in myotubes, which are a developmental stage of a muscle fiber and the most representative samples that can be accessed from patients. Fulcrum is looking at myotubes from both healthy individuals and those who are afflicted with the disease. Researchers at Fulcrum are hoping to identify compounds and mechanisms that might correct the abnormal synthesis of DUX4. The in vitro cellular systems capture many mechanistic aspects of the disease and allow researchers to correct molecular deficits in ways that were not possible 10 to 15 years ago.

“There are two different approaches we are taking,” states Wallace. “First, we are discovering what we believe to be the relevant mechanisms to correct the molecular deficits in patients. We believe the cellular systems I mentioned will be relevant to the disease. These are not highly-engineered systems, but we believe the biology is quite close to the biology that is going on in patients. Second, we can derive cellular systems from a variety of different patients and explore how our molecules and mechanisms work across those cell lines. This will allow us to reproduce some of the heterogeneity that we would ultimately see when we get into a patient population, and ensure we are bringing forward the medicines that we think are going to have the greatest impact on the broadest patient population.”

Fulcrum will still need to perform in vivo experiments using animal models. But, by using donated tissue samples from humans, models can be created that are similar to muscles in the body. Performing tests on those models allows Fulcrum to develop their medicines to the point where there is increased confidence of the impact on humans. When the company brings forward a medicine for clinical testing, it will have the greatest opportunity to have the outcome Fulcrum is hoping to achieve in patients.

Reducing The Time And Cost Of Trials

Performing tests on tissue models prior to performing clinical trials on patients should reduce the time and cost of performing trials. But more importantly, Wallace notes the biology more closely reflects what is actually happening with the disease.

“Preclinical research done in overly engineered cell systems is often not very reflective of what is actually happening in a patient,” says Wallace. “For example, the signaling pathways being followed in these cellular systems can be quite different from the signaling pathways that might occur in a patient with a given disease. Clinical trials performed in many therapeutic areas are not successful and, in many cases, it is because the biology did not actually pan out in humans.”

In other words, the efficacy results expected in Phase 2 or Phase 3 trials are often not achieved due, in part, to the fact that the biological systems being explored in the preclinical phase were not as connected to the human disease as originally thought.

“We believe that by using these patient-derived cellular systems, the biology will be a lot closer to what exists in patients,” says Wallace. “Therefore, we think there is a higher probability of achieving the clinical results we expect to see.”

Up until now, most of what we know about the effects of muscular dystrophy in patients has come from studies using muscle biopsies. Biopsies are a painful process made even worse in patients where their muscle tissue is deteriorating. By using models created from donated patient tissue, Fulcrum is able to study what goes on in a patient’s cells over time without having to go back to the same patients for additional biopsies.

“We are able to see how things change and evolve and how we may be able to fix them,” says Wallace. “But we are able to do so without having to repeatedly poke and prod patients. We also allow them to preserve the muscle they have, which is important to patients.”

Muscles have stem cells specific to the muscle. When a piece of muscle is removed from a patient, enzymes are used to dissociate it to the point where researchers can obtain cells that are protected inside the muscle. These stem (satellite) cells repair and regenerate muscle tissue to help people get bigger and stronger.

The cells can be cultured in a petri dish and grown. Eventually they are used to make the multinucleated myotubes, which will later mature into myofibers (multinucleated single muscle cells), which is the tissue we have inside our bodies.

“The micro-tissues that we are able to develop in the lab can be profiled and explored functionally,” says Wallace. “So we can actually look at things like twitching and contraction, as these systems spontaneously twitch the way a normal muscle would. This allows us to look at how much force a particular myofiber would be able to sustain, or perhaps look at the effect of compounds to see if we can restore its function. These are aspects of the disease we would ultimately examine in a trial, only we are able to mimic it in micro-tissues in in vitro situations.”

Since Fulcrum opened for business in 2016, it has built a relationship with the FSH Society, a patient advocacy group championing FSH drug development and clinical trials, as well as funding for research. The group has been critical in helping Fulcrum understand the patient community and develop clinical outcome targets that are meaningful to both patients and families.

In addition to helping Fulcrum connect with the patient community, the FSH Society has also worked to draft a tissue protocol for patient donations through the NDRI (National Disease Research Interchange). The FSH Society partnered with the NDRI to create a nationwide registry of individuals with FSH which has been integral in allowing the NDRI collaboration to occur.

While the vast majority of the cellular biology work is being performed in-house, Fulcrum has a broad network of experts it works with. Wallace notes numerous academic experts are helping to bring different capabilities to bear on the problem. For example, academic clinicians are helping Fulcrum examine clinical end points the company may want to measure. “We do not currently have a candidate in clinical development,” says Wallace. “Still, we are thinking carefully about what clinical measures we would want to assess once we get into the clinic. The clinicians are helping us to determine possible end points.”